The ongoing season of Bigg Boss has only witnessed fights and conspiracies till now. However, the last few days were the happiest ones. With the announcement of Mona Lisa and her boyfriend Vikrant Singh Rajput tying the knot, the house has all brighten up. It is like a dream come true for a couple, whose marriage is being telecast on prime time.

Certainly, the Bhojpuri actor had no idea about all this while she signed up for the show. So, earlier this week, Vikrant entered the house and proposed to his girlfriend for the marriage. And the entire house started prepping up for the wedding. Though the couple might be dating for quite a few years in real life, there are reports saying that the marriage set-up is a farce. It is just for much-needed TRP. If rumours are to be believed, the whole wedding is just a drama which involves a lot of moolah.

According to a report in DNA, the Bigg Boss makers are paying around Rs 50 lakh to Mona and Vikrant for their wedding inside the house. Now, we can believe this as something similar happened in the fifth season when Sara Khan tied the knot with her then beau Ali Merchant. It was later reported that they got an amount to stage their wedding inside the house. Soon after the show ended, they both parted ways. 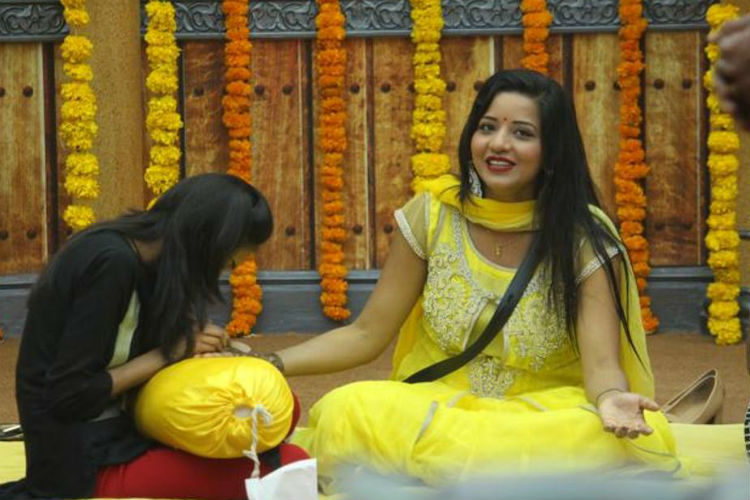 Mona Lisa during the mehendi ceremony.

Well, we don’t know what Mona and Vikrant are going to do next, but possibly this could be another rating game. Also, the on-going reports are still not confirmed, but all the wedding thing brought a lot of excitement in the house.