In 2016, 5.2 million tons of food was thrown away at airports and in airlines all over the world. But things may change soon in India. Travel Food Services (TFS), which handles food for 70 restaurants, lounges and outlets at Mumbai and Delhi airports, has started donating unsold food.

TFS has tied up with Feeding India, an NGO, to donate between 2,000-3,000 meals per month from Mumbai and Delhi airport. The TFS employees reportedly take out an extra half hour to sort the leftover uneaten food. The NGO then ensures that the food is fresh and unused as well as check the pH value of the items. They are then transported to a location within a radius of 5 km. These locations are primarily non-government schools, shelters or charitable schools with no access to mid-day meals.

“For decades, tonnes of cooked food from airport lounges and restaurants has been going into the bin. In western countries, it’s the standard norm for airlines and airports to donate excess food. But there is a lack of awareness in India. With our partnership with Mumbai and Delhi airports, we hope to reach airlines too.” 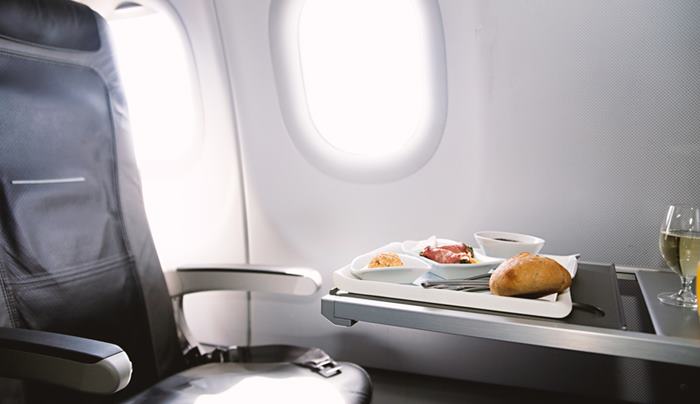 As an industry practice, airlines follow certain protocols for disposing of leftover food. While leftover perishable food is sometimes consumed by the crew near the end of the flight, most of the food items are incinerated so as to not be complicit in food waste/food poisoning.

“But what we will use are unopened biscuits which have not been distributed to the passengers and are kept in storage. We give these to the staff in the canteen.”

However, some airlines like Qantas donate uneaten perishable and non-perishable food to charities when domestic flights land.