There is no denying the fact that tourism boosts cultural exchange, and leads to economic growth. However, it also often proves to be a double-edged sword. Where on one hand it contributes to the local economy, on the other, if not done after taking certain precautions, can alter the ecological landscape of the place.

Many places in India which were considered ideal vacation spots are facing the brunt of mass tourism. There was a horrifying water crisis in Shimla earlier this year, and what do you think led to that? And according to reports, recent floods in Kerala worsened because of forest encroachment and degradation of the Western Ghats. While we scroll past a list of ‘must-visit’ tourist attractions, it is time we also open our eyes to the places which are dying a slow death.

This World Tourism Day, here is a list of 7 places  which need to be protected from irresponsible tourism:

Once considered a popular honeymoon and tourist destination, Shimla in Himachal Pradesh faced a crippling water crisis earlier this year. In the month of June, hordes of people were seen queuing up to fill buckets from water tankers as the city experienced a terrible water shortage.

“There is no water for us, please do not come here and select some other destination,” the locals were seen pleading.

Hotels have been constructed at every available patch of land in a bid to attract tourists and in doing so, perhaps irrevocably ruining the ecological landscape of the place. 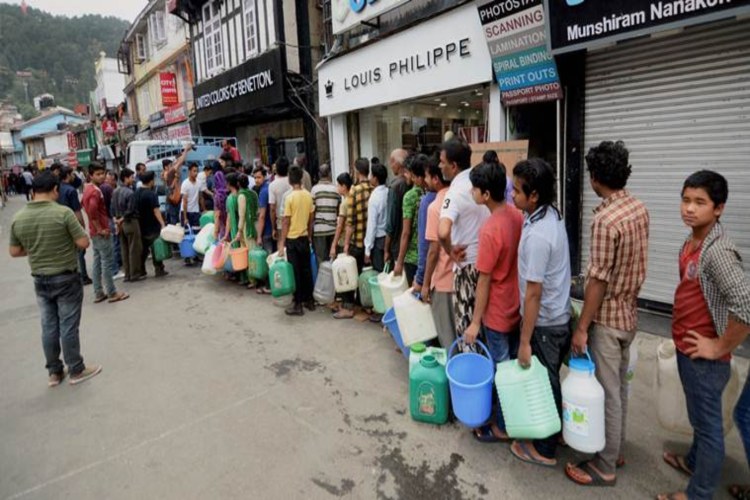 From apple orchards, Vashisht hot springs, Manu Temple, Jogini waterfalls and treks to nearby villages, Manali has a lot of offer. Because of its proximity to Kasol and Malana (which a hill station famous for cannabis production and malana cream), Manali is favoured both by Indian and foreign tourists. However, Manali’s landscape has been altered by unmindful construction.

We can see guest-houses mushrooming on every corner of the hill station. The agony of getting caught in the traffic jam on your way to Rohtang pass is too much to bear. 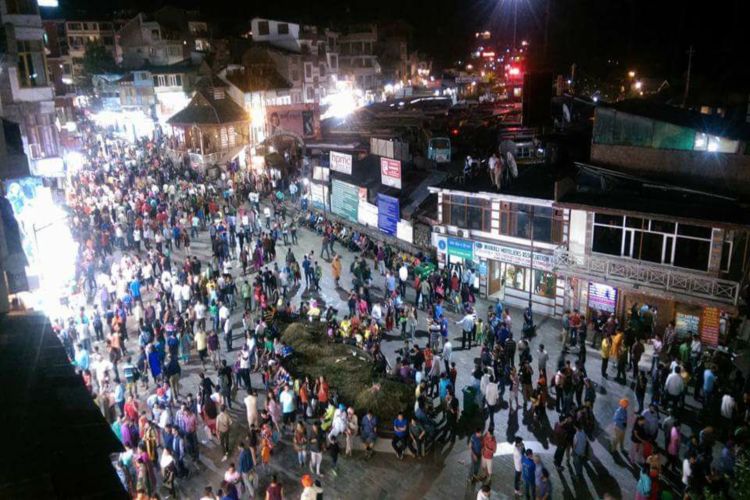 Located in the Nilgiri Hills in Tamil Nadu, this popular hill-station which was once known for its serenity is now facing the effects of climate change. According to the reports by the India Meteorological Department, since 2012, the annual recorded rainfall has seen a declining trend, consistently falling below the expected 1,920 mm. The hills also faced an acute drought in 2016-17.

Make Ooty Beautiful (MOB), an initiative by five local women has been struggling to keep the hill-station clear of garbage and dump left behind by insensitive tourists. The onus of protecting the ecosystem lies not only on the locals but also on all the tourists visiting the place. 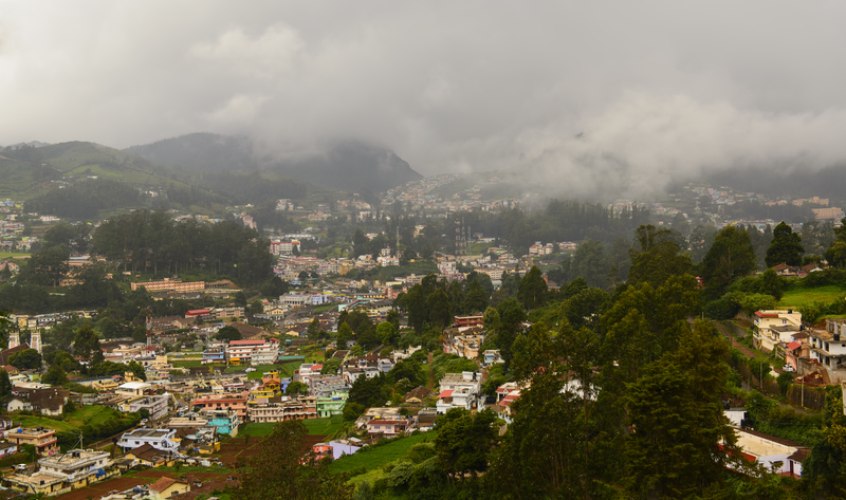 Popular for its spiritual tourism, Rishikesh attracts tourists from all over the world. However, this holy city situated on the banks of river Ganga has been marred by over-construction, leading to water and electricity shortage.

Along with yoga and meditation, the place is also popular for river rafting and camping. Given the high influx of tourists, there have been reports of drug abuse, unlawful construction and littering on the banks of the river. 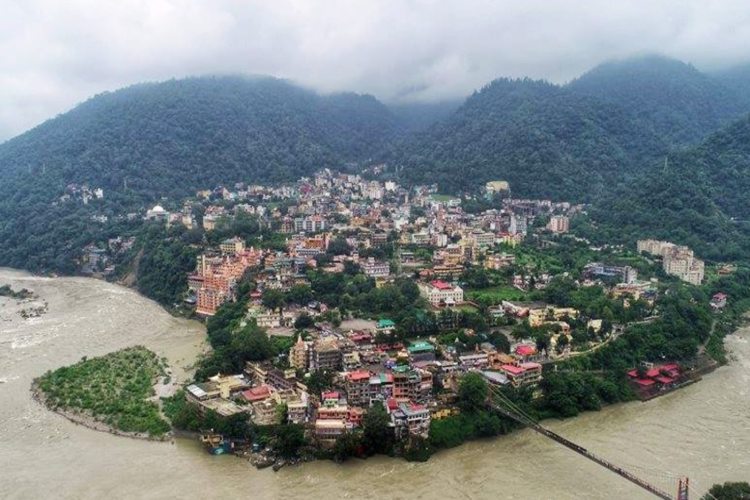 Kodaikanal’s ‘magic shrooms’ lead a huge number of tourists to this hill station. However, last year, due to a massive inflow of tourists the during the holiday season, the water level depleted in the reservoirs. This led to a severe water-scarcity in the city, similar to Shimla’s crisis.

Kodaikanal falls in the Western Ghats which has a rich ecosystem. Housed in the beautiful Palani hills, the city requires deliberate efforts to preserve its unique diversity. 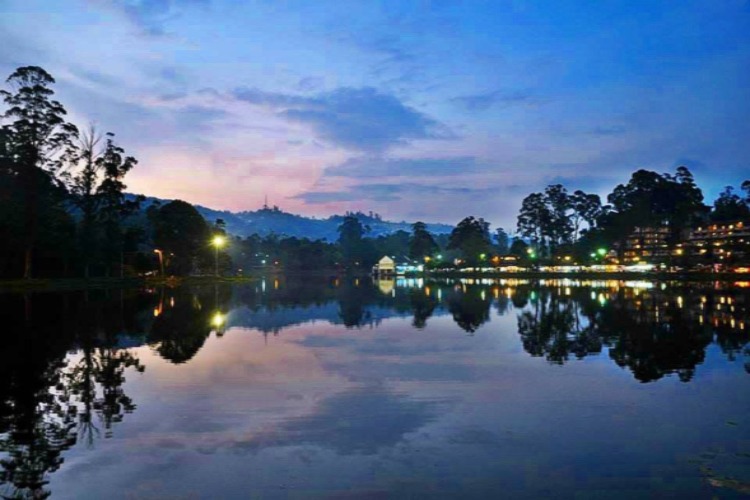 Nainital literally chokes because of tourist vehicles during peak summers. The police recently even put out banners of ‘Nainital Houseful’ to keep tourists at bay. Like Shimla’s Mall Road, the road between Tallital and Mallital gets the worst affected during the on-season. Once known for offering clean and fresh air, the city now greets tourists with toxic air, bad hotels at expensive rates and unending traffic jams. 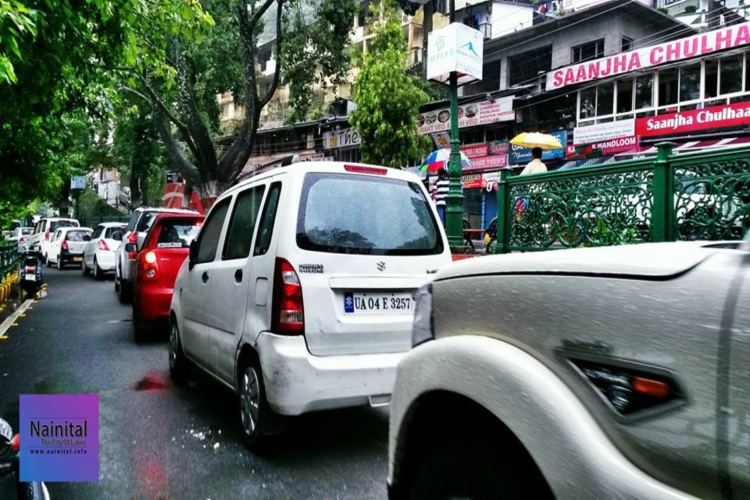 Chances are that if you go to this hill-station during peak season, it might take you more than three hours to find a parking spot. Home to the Dalai Lama, McLeodganj provides pleasant weather, breathtaking views and a window to the Tibetan culture. However, unauthorized construction, climate change and cluttering by tourists have left ‘mini Lahsa’ in grave danger.

Earlier this year, a demolition drive was ordered in Kangra district to bring down unsanctioned construction. Dharamshala itself was reported to have around 140 illegal buildings.

So, what is the solution?

While one advice would be to limit our trips to these places, but if we must, the least we can do is to be conscientious tourists. Don’t litter, don’t drink and drive, don’t engage in any activity that could in any way affect the ecology of the beautiful destination you’re visiting.