Birmingham-born British model, Demi Rose dreamed of becoming a model since she was a little girl but looks like this bombshell has found a new goal– to become the “World’s Sexiest DJ”. According to sources, Demi has planned big things for her music and also attracting attention in Ibiza to boost her career as a DJ and conducting meeting out there. She joined Instagram to call out on a fake account that claimed to be the official account of the model and since then her jaw-dropping looks and sexy pictures in lingerie gave her a huge fan following. She gained further popularity when she was seen hanging out and cozying up with Tyga. Tyga had then recently broken up with the Keeping Up with the Kardashian star Kylie Jenner. 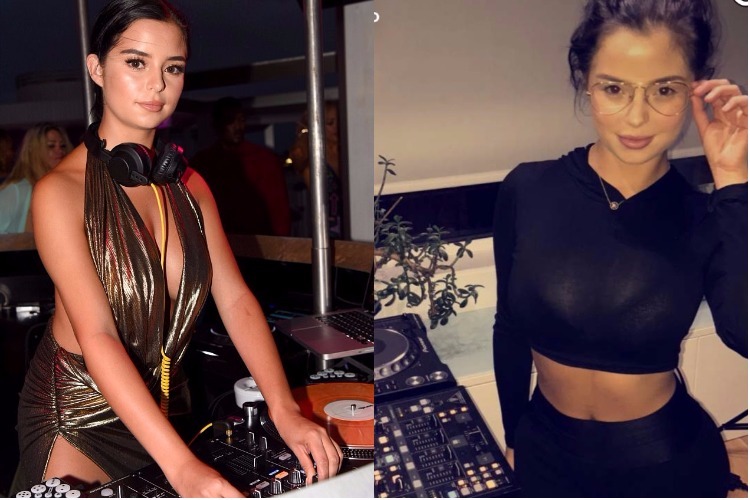 Demi Rose at her DJ gigs

Demi Rose launched her career as a DJ in April and took the music world by storm. Recently she also featured in a music video of rising star, DJ Tom Zanetti to boost his career. The video was filmed on a boat in Formentera. Demi has also been performing at DJ gigs all summer in Ibiza and she has been receiving DJing offers from all over the world. She is still new to the profession but has already created a buzz among club-goers, thanks to her Instagram pictures.

ALSO READ: Can you guess how much Victoria’s Secret angels earn? Hint: The minimum amount is in figures

Demi is also a social media sensation and has racked up impressive numbers on Instagram. She boasts a total of 5 million followers and her lavish lifestyle and racy pictures keeps her fans hooked. She has no inhibitions about baring it all for her fans. Her dream of becoming the sexiest DJ is not so much of a dream after all because this British model is undoubtedly sexy and we hope that she has a successful career as a DJ. Till then check out her Instagram posts.

ALSO READ: This man from Singapore is 50-year-old and doesn’t look a year beyond twenties

ALSO READ: This handsome IPS Officer is cuter than SRK and Salman combined!