Directed by Todd Strauss-Schulson, Isn’t It Romantic is a romantic comedy movie. Priyanka will be playing the role of a yoga instructor named Isabella in the film. Principal photography for the movie began earlier this month in New York City, however, not a lot is known about the plot of the film.

ALSO READ: 5 reasons why guys would kill to get a girlfriend like Priyanka Chopra 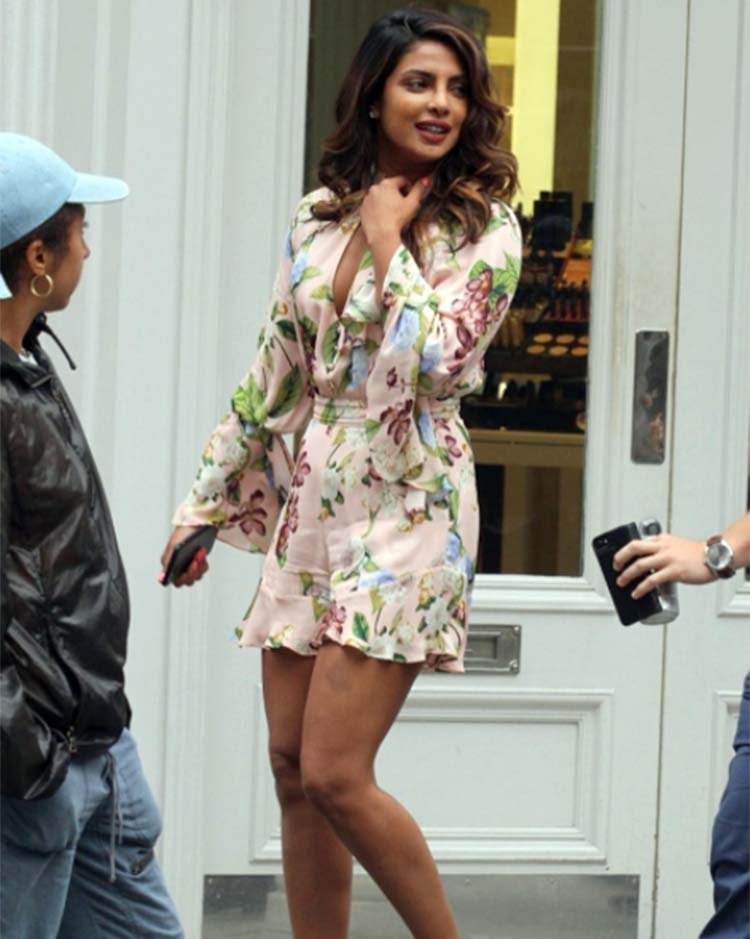 Priyanka Chopra snapped on the sets of Isn’t It Romantic

Priyanka was spotted shooting scenes with Chris Hemsworth and needless to say, she was looking drop-dead gorgeous. She wore a floral print dress and sported a tan from her recent vacation to Maldives. Earlier, Priyanka was seen with Adam Devine shooting for a scene where her character was choking on food and is rescued by Devine.

#PriyankaChopra snapped on the sets of #IsntItRomantic in #NYC pic.twitter.com/NK6pqthOjO

July 24 – Liam Hemsworth, Rebel Wilson and Priyanka Chopra are pictured on the set of Isn’t It Romantic filming in New York pic.twitter.com/ciLBZ2QgGu

When your sibling is talking on the phone and you hear your name in that conversation! @priyankachopra pic.twitter.com/b2PngVYlDR

@priyankachopra resumes shooting for #IsntItRomantic with @LiamHemsworth and @ADAMDEVINE pic.twitter.com/DNKKj8oGkp

When you get out of the house to go for chilling with your friends and you see ‘Bagal wali Aunty’ sitting right there! @priyankachopra pic.twitter.com/I4CBzOm5zX