Bollywood celebrities go to extreme length to stand out and shine. They are known for their lavish, opulent lifestyles and everything they own is better than the average. These celebs own some of the flashiest and most expensive cars than we can only dream of. While some of them are a die hard fan of automobiles and have a fleet of expensive vehicles, others own just enough to make us feel envious. Let us have a look of some of the most high-end four wheelers owned by these B-town celebs.

King Khan has a big fleet of all kinds of luxurious cars and an entire basement parking at Mannat is for his cars. Audi, BMW, Mercedes, and all the high-end cars you name it Shah Rukh Khan owns it! His latest and most expensive car is Bugatti Veyron which has a market value of Rs 12 crore. 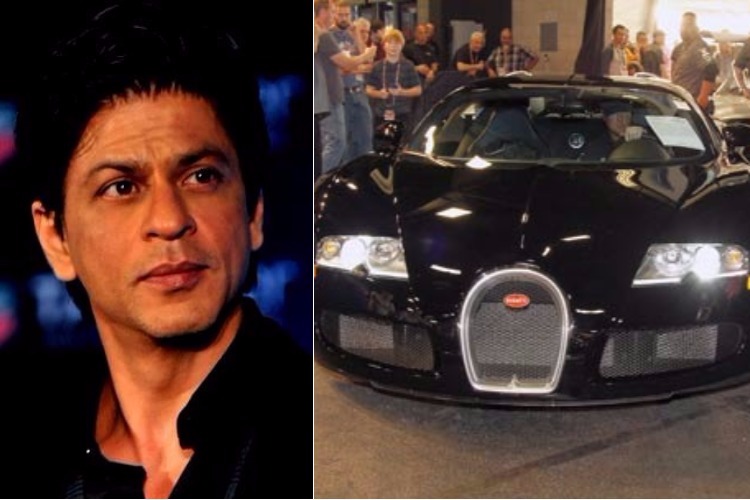 Aamir Khan owns RR Ghost, Bently Continental, BMW Series 6, Land Rover Range Rover among other cars. However, he is also the proud owner of Mercedes Benz S600 which is made to order and is owned by just three people in India. The car is bullet proof and costs around Rs 10 crore. 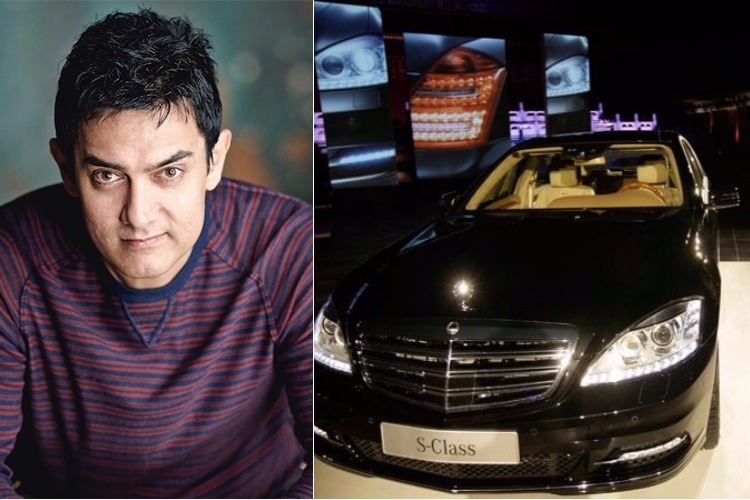 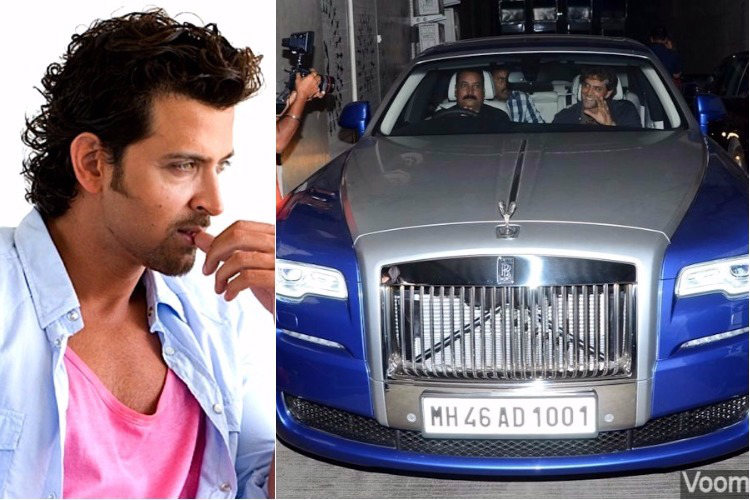 Sanjay Dutt too has a lust-worthy car collection that includes Audi R8, Audi Q7, BMW 7 Series, Porche SUV and more. But his most dear possession is Ferrari 599 GTB which has a value of Rs 5.5 crore. 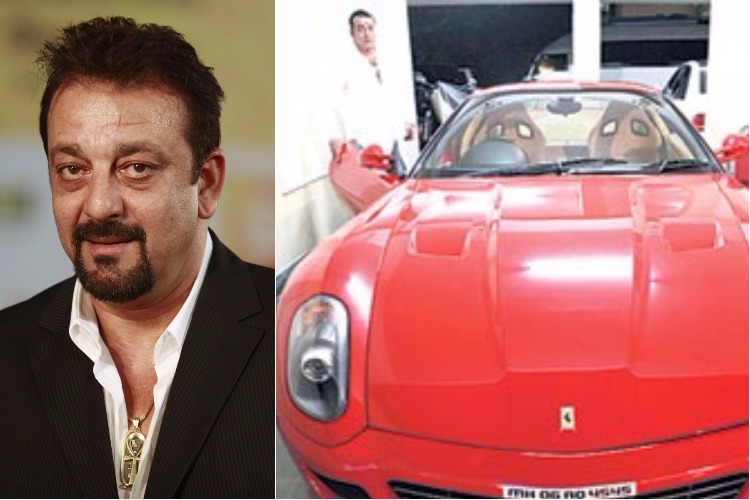 Sanjay Dutt with his Ferrari

Amitabh Bachchan has a total of 25 cars and from the number of cars he owns, it should be easy to jump to the conclusion that this iconic figure is gaga about wheels. His collection ranges from BMW to Mercedes, Porsche, Audi, and so on. However, the most expensive car is the one he was gifted by Vidhu Vinod Chopra. The director gave a Rolls Royce Phantom which was worth Rs 3.5 crore. 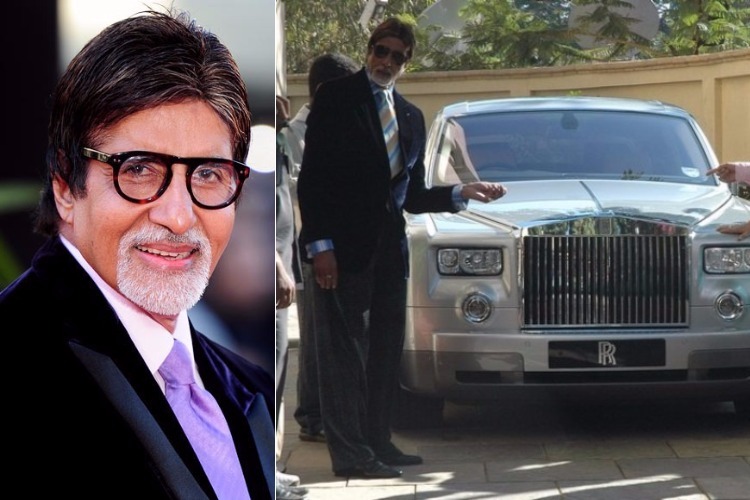 The most bankable Bollywood actor, Akshay Kumar has also invested well in automobiles. After Amitabh Bachchan, he is the second owner of Rolls Royce Phantom in India which costs around Rs 3.5 crore. Apart from this he also owns a Bently Continental Flying Spur, Porsche Cayenne, Range Rover Vogue and several other expensive cars. 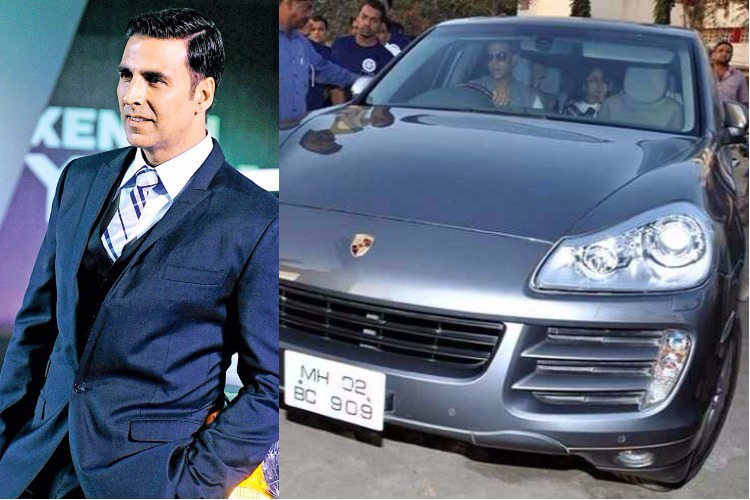 Akshay Kumar driving around in his Porche Cayenne

John Abraham and his love for bikes is no secret. He owns some of the most advanced superbikes. He also owns a black coloured Lamborghini Gallardo which costs around Rs 3.5 crores. 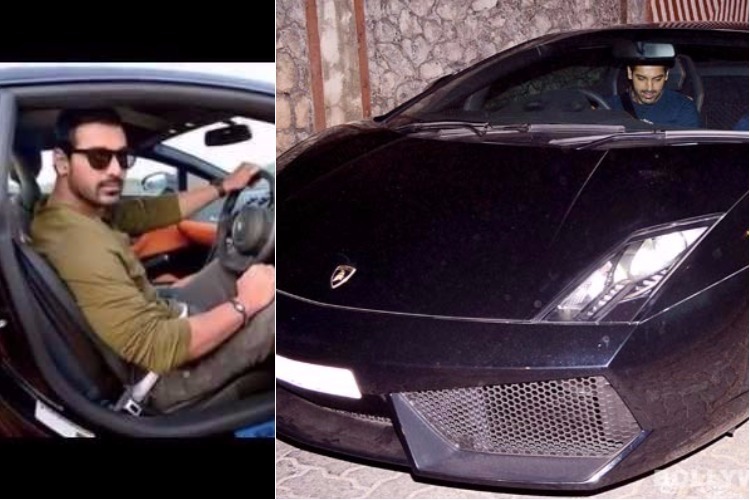 John Abraham and his Lamborghini Gallardo

Every fan of Ranbir Kapoor knows that he is smitten with cars. He recently bought an Audi A8 which cost him around Rs 2 crore. The car is customised according to his needs. This is not the only car Ranbir Kapoor owns. He also has a Range Rover and Mercedes-Benz G63 AMG among others. 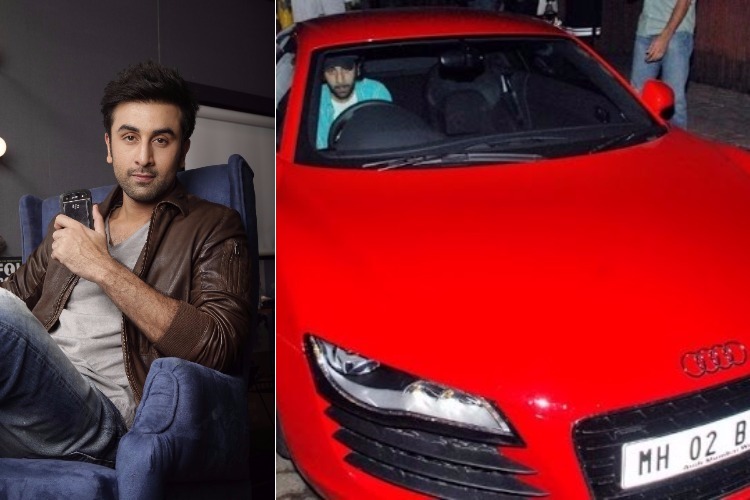 Ranbir Kapoor and his Audi R8

Priyanka Chopra owns a Rolls Royce Ghost and is the first actress in Bollywood to own a Rolls Royce. The price of this car is Rs 2.5 crore. She is also a proud owner of Mercedes Benz S- Class, Porsche Cayenne, BMW 7 Series, among several others. 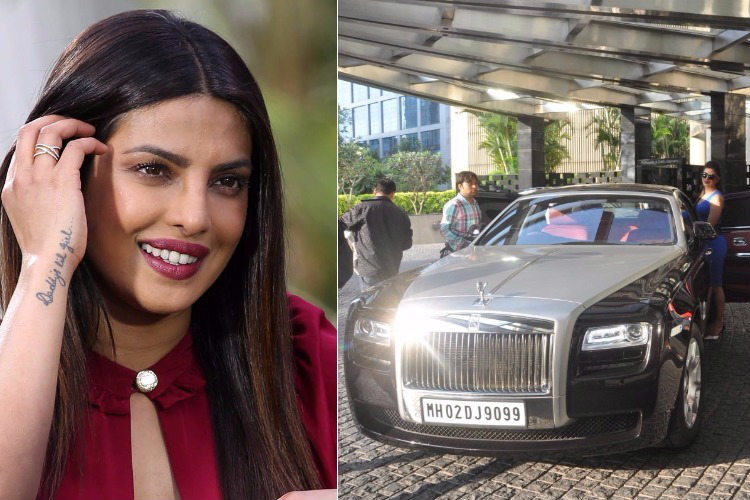 Priyanka Chopra and her Rolls Royce

Ajay Devgn bought a Maserati Quattroporte in 2006 and became the first Indian to own it. The car cost him around Rs 2.8 crore. He loves speed and his huge car collection also includes a Range Rover Vogue and  Mercedes Benz S-Class among others. 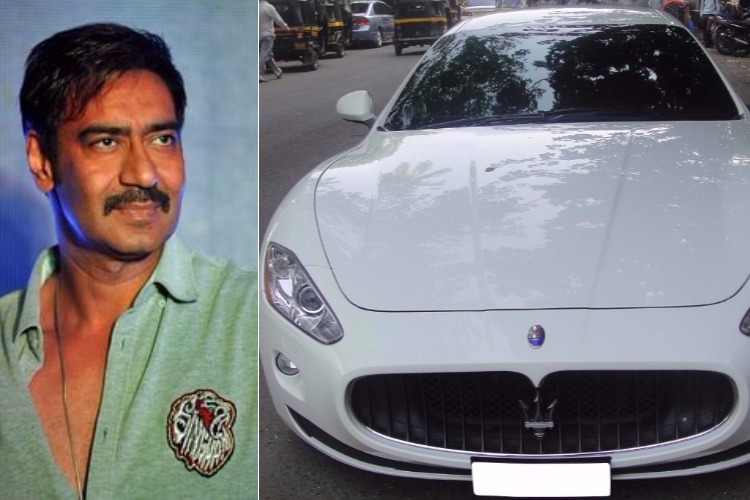 Sunny Leone was gifted a Maserati from husband Daniel Weber which is priced around Rs 1.5 crore. Apart from this, her husband also gifted her a BMW to commute in general. 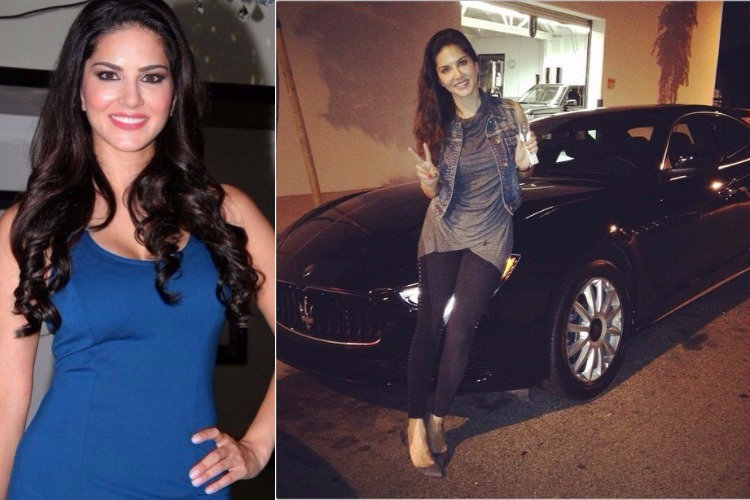 ALSO READ: Sunny Leone to Katrina Kaif, here’s how much it will cost you to invite Bollywood A-listers to your wedding

Parineeti Chopra has a passion for cars and so she bought herself a Jaguar XJL which is one of the coolest Jaguar models available in India. The stunner (in this case, the car) comes at a budget of Rs 1.25- 1.9 crore. 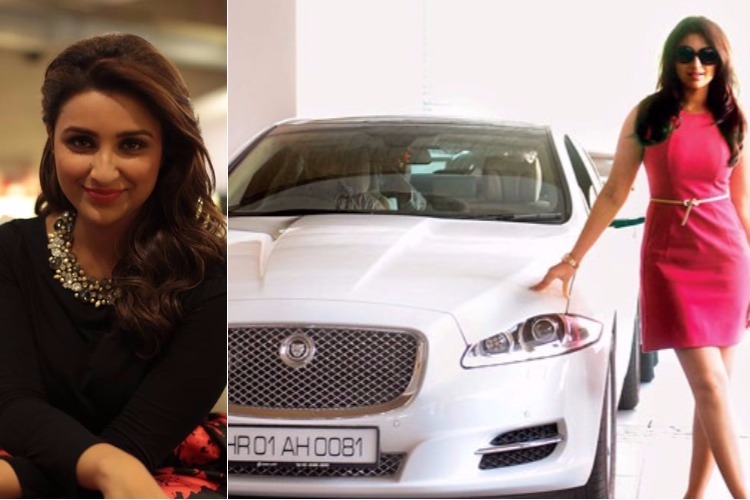 Parineeti Chopra and her Jaguar XJL

It has been almost 5 years since Alia Bhatt has been in the industry and she is already making a niche for herself in the industry because of her acting skills.  She owns a blue coloured Audi Q7 and this car comes with a price range of Rs 70 lakh to Rs 81 lakh. This is not the first car she ever owned but it is the first car she bought with her own hard earned money. 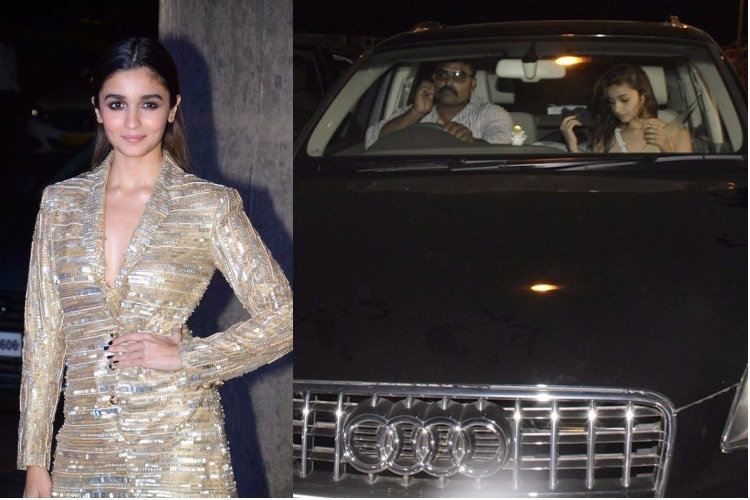 Alia in her Audi Q7

After Ek Villain and critically acclaimed movie Haider, Shraddha Kapoor got herself a brand new Mercedes ML. The price of this SUV is Rs 45.5 lakh. 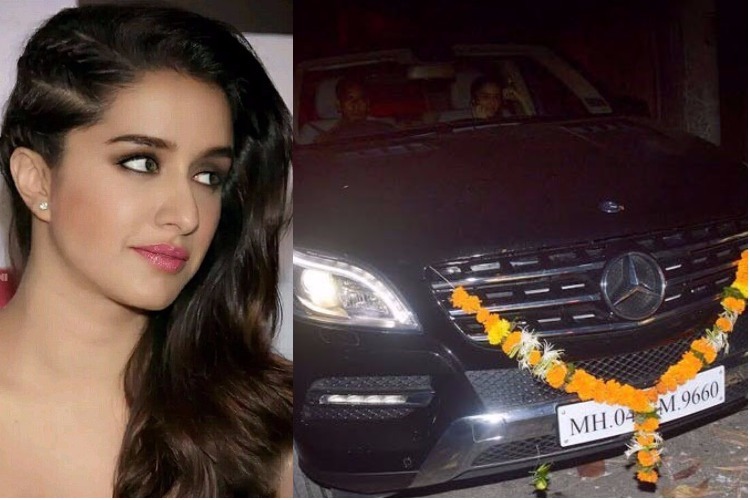 Shraddha Kapoor and her Mercedes ML 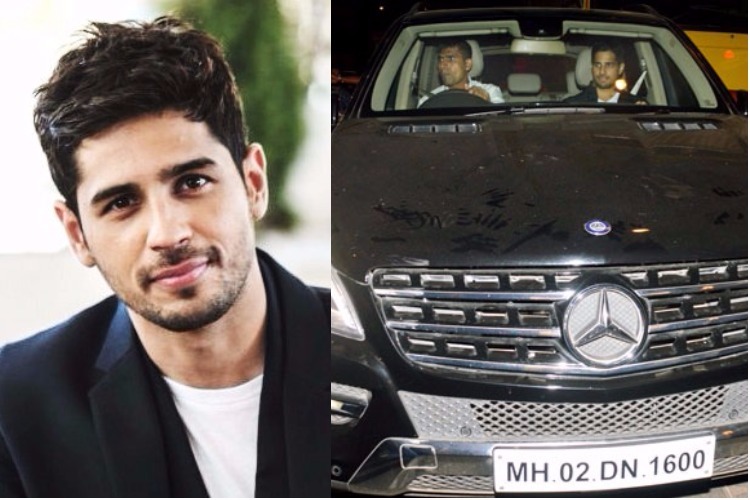 Siddharth Malhotra iN his Mercedes ML 350

Varun Dhawan is the proud owner of an Audi Q7 car that costs around Rs 62 lakh to Rs 88 lakh. 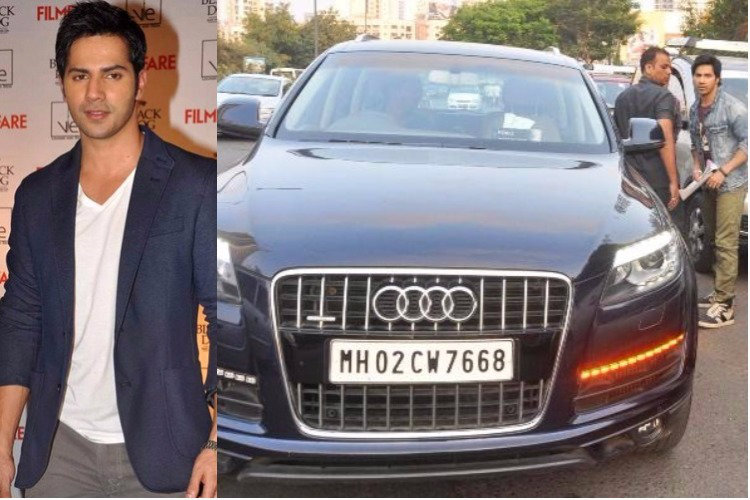 Varun Dhwan with his Audi

Arjun Kapoor has always had a thing for cars. He recently added a Mercedes Benz ML 350 to his collection which costs around Rs 5o lakh to Rs 1.02 crore. 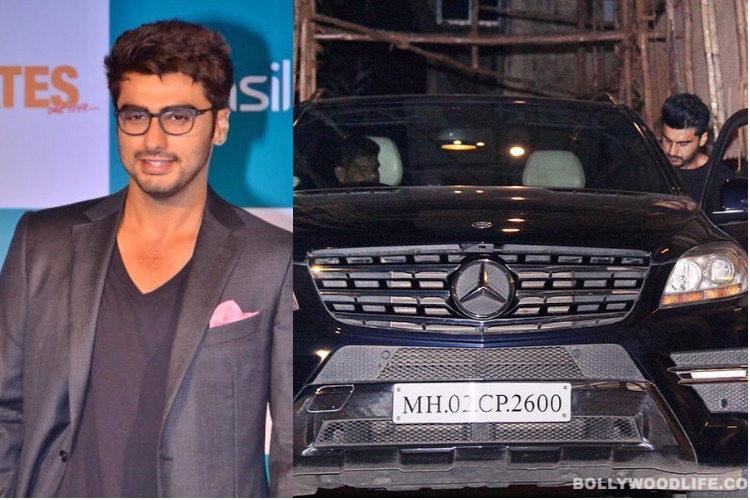 Arjun Kapoor with his Mercedes ML 350

Sushant Singh Rajput has been giving back to back hits and he is one of those young actors who has made it in Bollywood on his own. This talented actor spoiled himself by buying a blue Maserati Quattroporte costing Rs 1.5 crore. 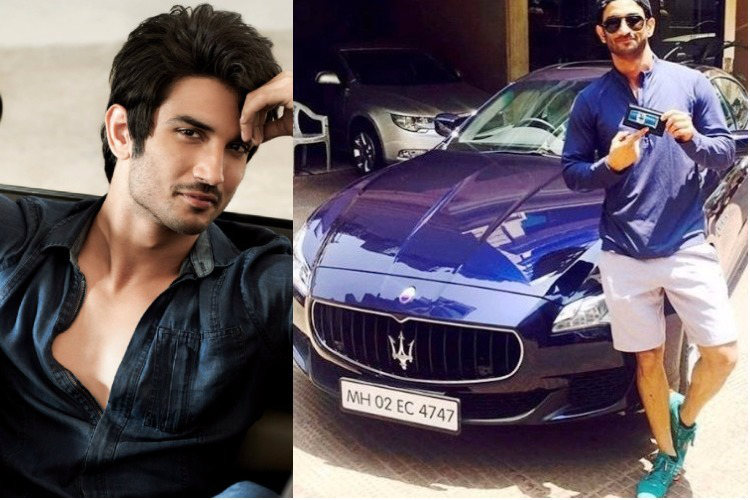