In the last few years, India’s gastronomy scene has expanded in a way never seen before. International cuisine to regional food from our own backyards, restaurant menus in Delhi look more varied and inclusive than they did five years ago. However, when we talk about the authentic traditional fare, these are not restaurants one would visit.

People in the city have discovered the joys of home-chef, and there’s no going back from here. While we were on the hunt for traditional Kerala food, we came across, Prima Kurien.

Kerala cuisine is the result of the amalgamation of many different religions and nationalities. Be it Muslims or Syrian Christians, Kerala’s claim to fame isn’t just its gorgeous landscape, but also its rich culinary history. Each sub-region has its own cuisine and style of preparation. But the one thing that’s common, is the use of a generous amount of coconut. 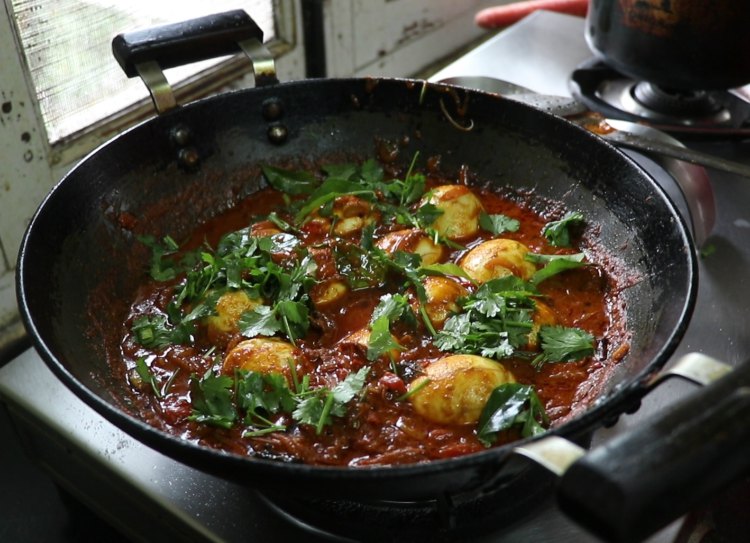 Hailing from the Syrian Christian community of Kerala, Prima specialises in finger-licking Malayali fare. The food she prepares is rich in coconut, tapioca and spices like black pepper, cloves, cinnamon and ginger.

Citing her grandmother as her inspiration, she started Prima Kurien’s Traditional Kerala Cuisine back in 2005. The home-chef is using pop-up shops, limited edition festivals and special menus to bring traditional cooking and flavours back into ‘trend’.

ALSO READ: Why Afghan Burger is baap of all burgers! Check out the recipe here

“If your preparation is done, cooking gets easier,” she told right before she taught us how to make her famous Kerala Egg Roast. Check out the recipe here:

You can serve the dish with rotis, appams, or parathas.
ALSO READ: These 10 popular food items contain less than 100 calories. No, seriously