Rahul Gandhi might have the party Presidency under his belt, but apparently, academics is not his strong suit. While demanding an account of the works Bharatiya Janata Party (BJP) has done in Gujarat in the past 22 years, the Congress Vice President made a mathematical faux pas with inflation calculation.

Taking a potshot at the BJP, Gandhi singled out Prime Minister Narendra Modi and while placing forth his seventh question, he failed to get his math right. In his question, he highlighted the difference in rates of commodities such as vegetables, cooking oil and fuel, around the last general elections in 2014 and their rates today.

ALSO READ: Here’s why no one can stop Rahul Gandhi from heading Congress 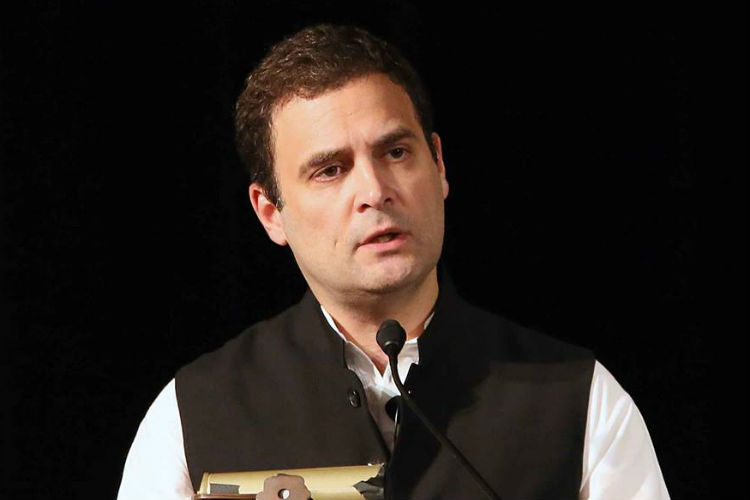 Upon realising his error, Gandhi deleted the tweet, and stuck to simple subtraction, and listed the difference in the rates in a new graphic. 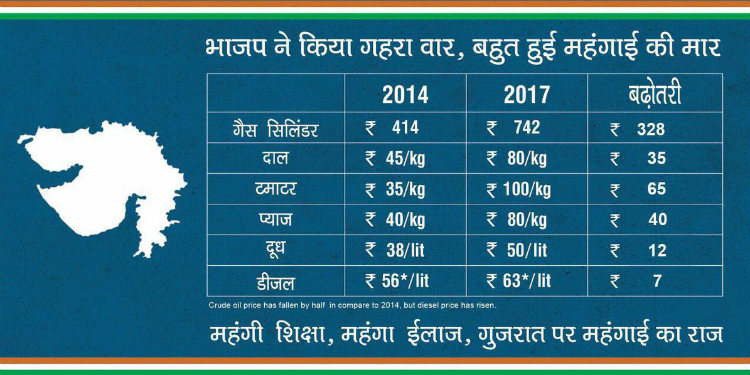 Guess he’s not too much into fractions and statistics.

ALSO READ: Gujarat polls draw near but transgenders in Surat yet to be allotted voter IDs

Ahead of the Gujarat polls, Rahul Gandhi had tossed a series of questions at Modi, asking him to justify the actions of his party about employment, women’s health and safety, housing, education, etc.