On May 4, a group of 5 men in Bengaluru allegedly beat up an online food delivery agent, accusing him of delivering food a half hour late. According to police officials, who later arrested the men, the group did not want to pay for the food and decided to assault the delivery agent by claiming that he was late.

Tilak Kumar, in his complaint at a local police station, said,

“They started kicking and punching, and even broke my fingers before snatching the food packets and escaped.”

This is not a lone incident where a food delivery agent was harassed or assaulted while being on the job. 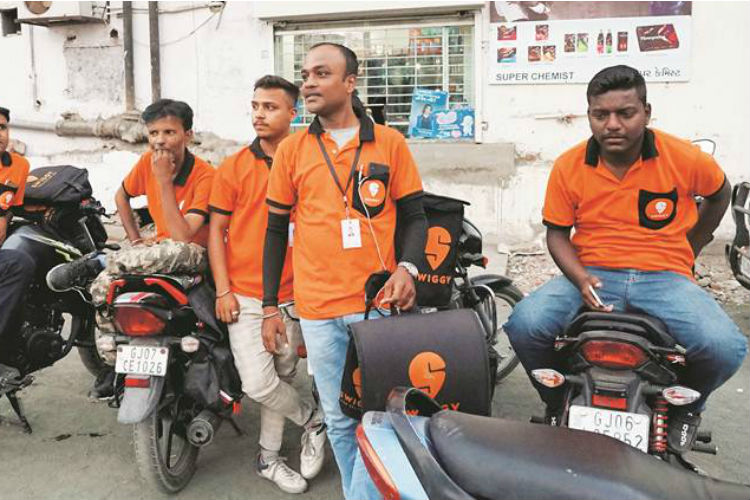 In November 2018, Delhi Police arrested three men who frequently targeted pizza and other food delivery staff and rob them of their valuables. They would order pizza on phone, schedule delivery at secluded locations and then rob the deliverymen of pizzas, phones, cash and also their bikes. In another instance, a college student in Delhi duped a delivery boy by taking off with Rado wristwatch worth Rs 90,000, despite having ordered it.

Last year, a posh Kolkata residential complex did not allow the entry of food delivery persons with their vehicles inside the complex. The rule forced them to park their two-wheelers outside and walk a kilometre to access a service lift in order to reach the customers. The discriminatory rule prompted a food outlet to halt their deliveries to the apartment complexes.

After a picture of a delivery boy carrying a huge BigBasket bag went viral on social media, InUth got in touch with three people from the profession who told them how the profession had taken a toll on their health. Other than being subjected to harassment by irate customers, they also talked about how the job was neither paying them well nor did it provide holidays.

Both Swiggy and Zomato provide medical insurance for their delivery persons and encourage drivers to log off from the platform whenever they intend to take a break. However, the delivery ‘executives’ are given incentives on the basis of the number of orders delivered.

“We receive Rs 34 for every order under four kilometres, and for orders above five kilometres, we receive up to Rs 43. Part-time drivers have a target of 10-15 orders a day, whereas for full-time drivers, it is between 20-25 orders. If we do not achieve the target we do not receive any incentives.”