Former US President Barack Obama, on a visit to India, spoke at the Hindustan Times Leadership Summit on December 1. In a conversation with Karan Thapar, Obama talked about how the India-US bilateral relationship developed under his presidency, the importance of religious and cultural diversity and who among Donald Duck and Donald Trump defined the United States of America.

Take a look at some of the cool things he said:

1.  The Red-Blue divide had to spill over, obviously! 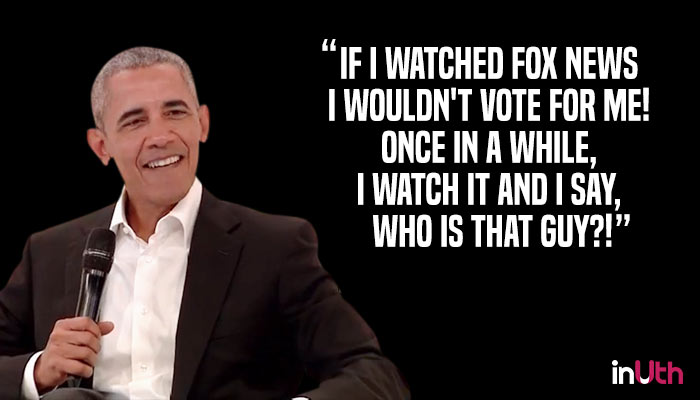 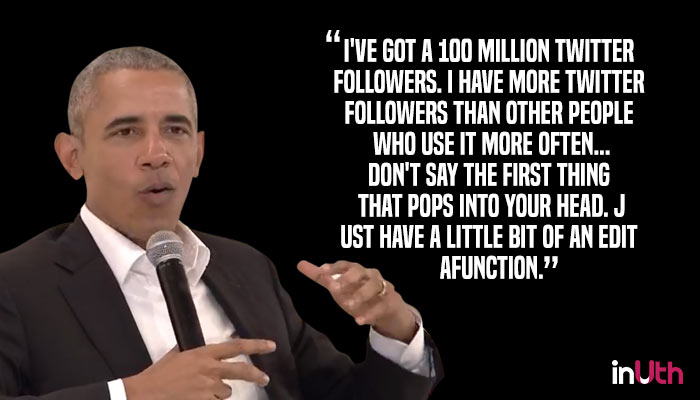 ALSO READ: No kidding, this sheep can recognise Baaa-rack Obama!

3. Obama talked about how he struggles to keep up with his kids who think that he is too ancient! 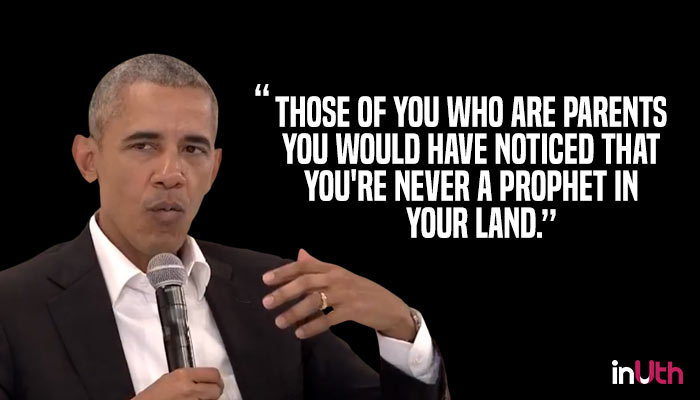 4. Who knew he could compete with Justin Trudeau in terms of Indianness? 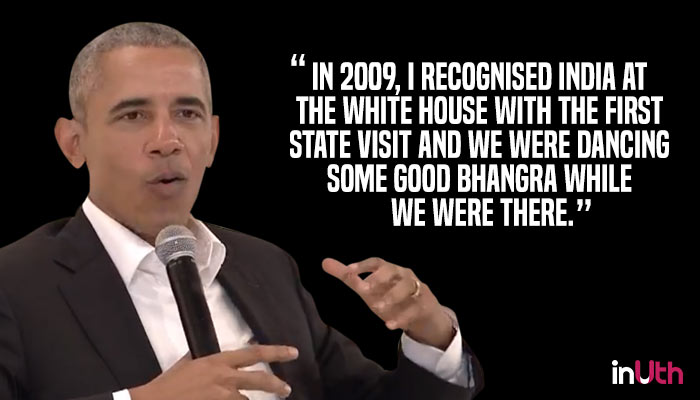 5. The next Sanjeev Kapoor maybe? 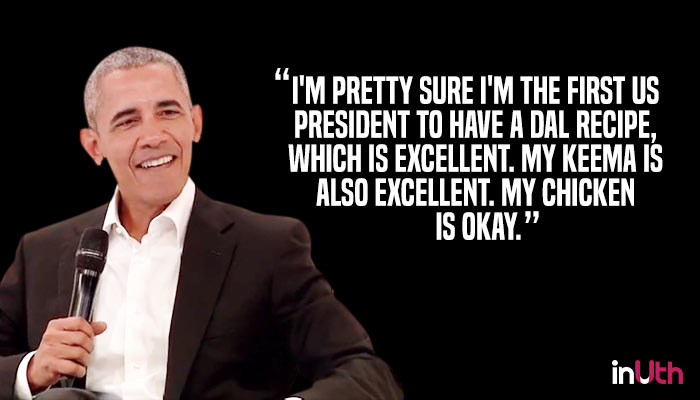 6. Let go of your divisions!

7. There is no better time to be alive than now. 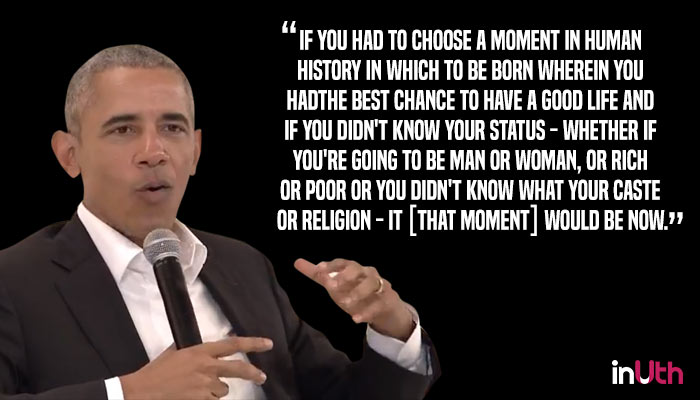 8. Looks like Obama is as much Indian as is Tarla Dalal! 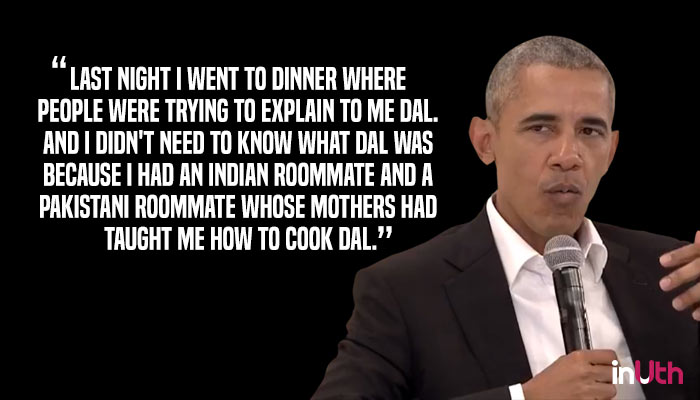 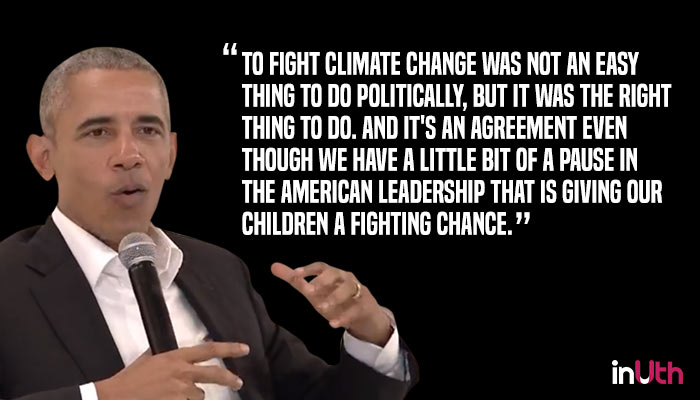 10. There is no problem that can’t be solved when the world’s largest democracy and world’s oldest democracy work together. 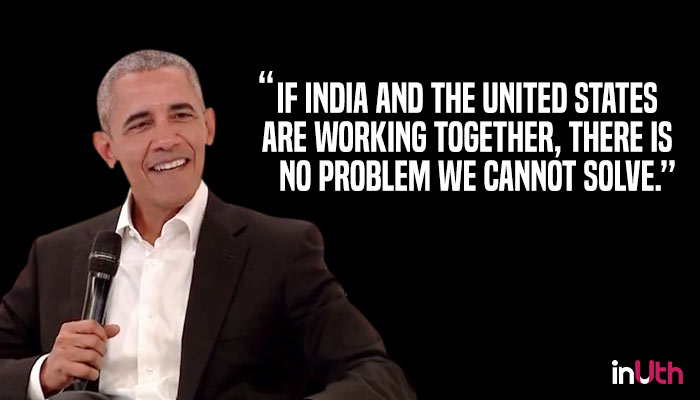 ALSO READ: Trump, Putin, Obama make it to this ‘canvas of war’ painted by a Syrian refugee [Photos]