This Syrian refugee artist spent 19 months creating a series of paintings of world leaders. From the much-loved US President Donald Trump to the very staunch German Chancellor Angela Merkel, Al Omari has tried to detach them from the position of power, and the results will take your breath away. Abdalla Al Omari’s “The Vulnerability Series” includes paintings of Donald Trump as a refugee with a sleeping child in his arms and the Russian President Vladimir Putin as a beggar.

Bashar Al Assad and Barack Obama join the queue as they have been portrayed as ­refugees, standing in food lines, wearing torn clothes, with dirt-smudged on their faces and desperate eyes pleading for the viewers for sympathy. It also features the former British Prime Minister David Cameron and former Iranian President Mahmoud Ahmadinejad. Just as European nations gamble with the idea of allowing more refugees passage into their countries, several of the world superpowers have denied them entry blatantly.

“Although I knew little about the internal world of those leaders, the countless, intimate hours I spent with them have taught me more than I could imagine. Just as easily as everything worth defending can become defenseless, moments of absolute powerlessness can give you superpowers” – Abdalla Al Omari says as he describes his artwork ‘The Queue’. The Queue is a part of the painter’s upcoming exhibition at Ayyam Gallery Dubai. 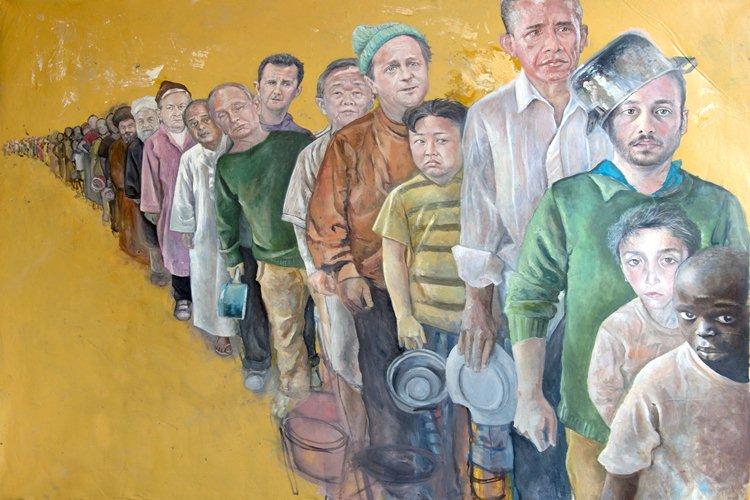 The The Queue by Abdalla Al Omari (Courtesy: Ayyam Gallery)

“I sought to use the same approach of propaganda ads which has been used by populist leaders or populist parties throughout history to show an alternate side to these popular world leaders. I see them as poor and vulnerable characters (in this series) by using the very same definition of propaganda that they use, which is showing selective facts to encourage a particular narrative,” tells Abdalla. The artwork by the Brussels-based Syrian ­painter Abdalla Omari, is part of his latest exhibition in one of Ayyam Gallery’s two spaces in Alserkal Avenue, Dubai. 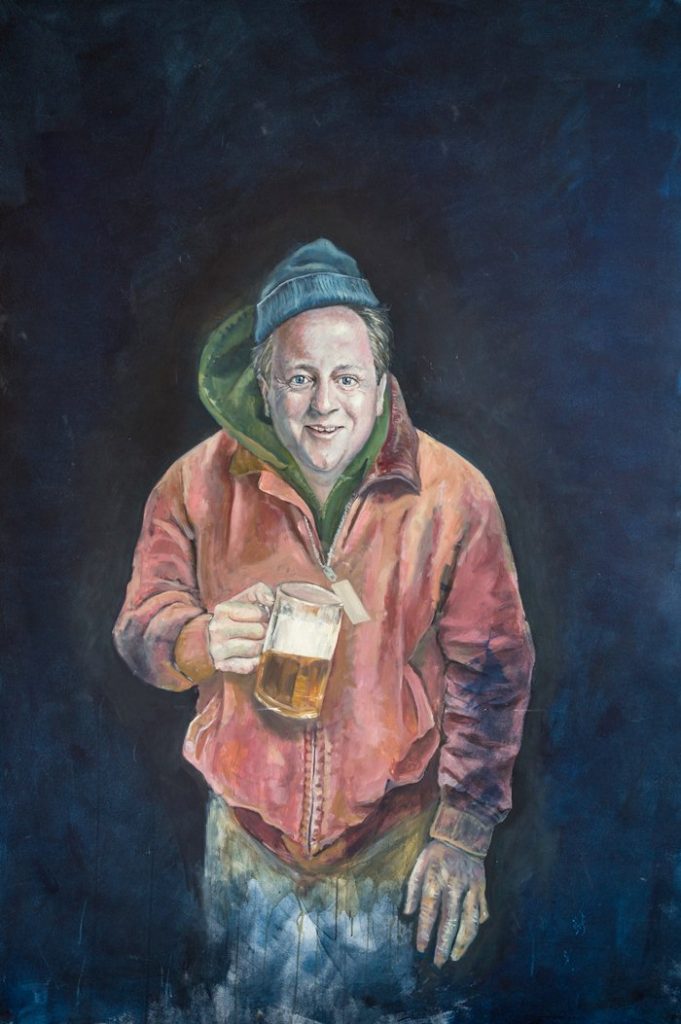 David Cameron as a refugee by Abdalla Al Omari 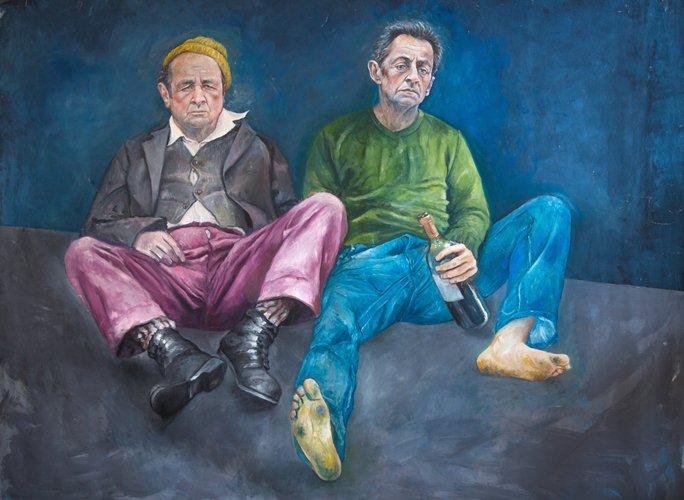 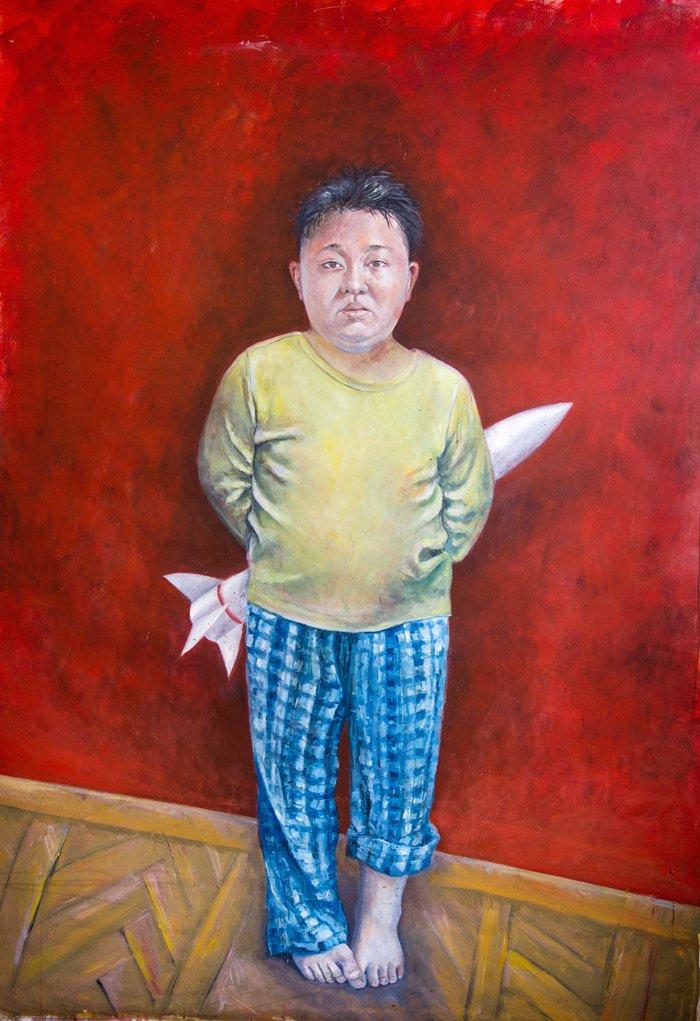 Kim Jong-Un as a refugee by Abdalla Al Omari

In this day and age, here is an artist who has added the courage to work on a subject with such depth and grace. It is the kind of role-reversal that is being used to drive home a point. Hit the hammer hard on the nail.