Former US President Barack Obama is basically a celebrity. In fact, it would not be far from the truth to say the same for the Obamas- Michelle, Malia and Natasha. Hold the phone, did I Google that correctly? Who is Natasha Obama? Oh! Apparently, that’s just Sasha Obama’s real name. No biggie, just excuse us for a moment… (WHAT THE F#@K!)

Born on June 10, 2001, Natasha Obama is the second daughter of former POTUS Barack Obama and while it has been about a year since the internet first found out her real name, it seems Twitter is still pretty shaken about it. Sasha revealed her real name during a summer job at one of restaurants in Martha’s Vineyard. 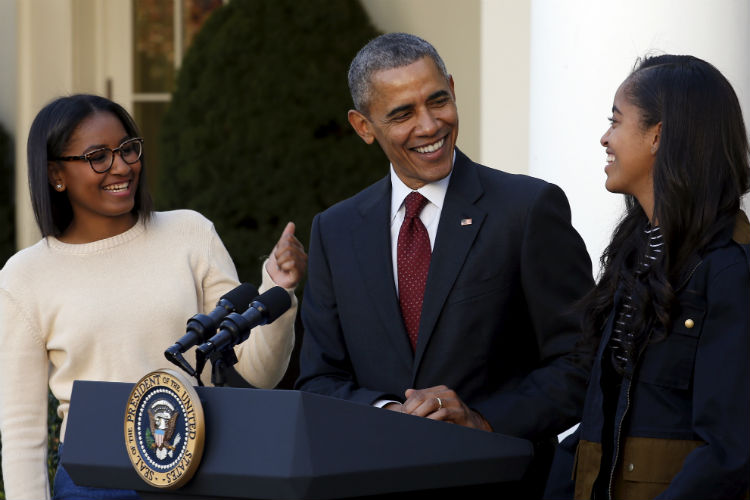 President Barack Obama is getting ready to send his oldest Malia, right, to college next year. (Courtesy: Reuters/Carlos Barria)

Twitter users are only now rediscovering this not so new piece of information and they can’t contain their astonishment. Like, AT ALL. The name reveal has pushed several into existential crises and boy, do these tweets sum up our overwhelming emotions.

WAIT A DAMN MINUTE. WHO IS NATASHA OBAMA? pic.twitter.com/HjNo1eXq1a

Did you know Sasha Obama’s real name is Natasha

Sasha Obama’s full name is Natasha and like I feel betrayed pic.twitter.com/52CGBrSMd0

So Sasha Obama’s real name is Natasha?! my life is a lie! pic.twitter.com/zPJW1eybLF

Finally broke and clicked to find out what Sasha Obama’s legal name is… It’s Natasha and I’m done with the internet.