Artificial Intelligence (AI) remains the biggest buzzword of the decade. The technology is not only being used as a fool-proof security system in electronic devices but also to gather information from around the globe. On one hand, when AI is being used for making advancements in the field of medicine and data-mining, scientists like Stephen Hawking have warned about the potentially harmful impacts of this technology. But now, Facebook has come up with a plan to use AI to prevent suicides around the globe. 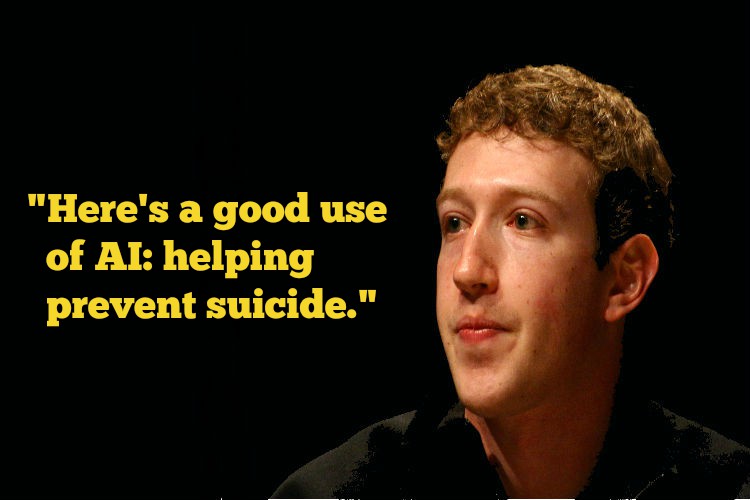 The social media site has upgraded its AI tools to identify when people are expressing thoughts about suicide on its platform. Facebook said it would use ‘pattern recognition to detect posts or live videos where someone might be expressing thoughts of suicide and to help respond to such posts faster’. It would use texts like ‘Are you ok?’ and ‘Can I help?’ in the posts and comments section to identify when a person might be expressing suicidal thoughts.

Apart from this, Facebook would also use AI to prioritise the order in which its Community Operations team would respond to such posts so that help is provided to those in need. “In addition to those tools, we’re using automation so the team can more quickly access the appropriate first responders’ contact information,” Facebook wrote in a press release.

“Suicide is one of the leading causes of death for young people, and this is a new approach to prevention. We’re going to keep working closely with our partners at Save.org, National Suicide Prevention Lifeline, Forefront Suicide Prevent, and with first responders to keep improving,” Facebook founder Mark Zuckerberg wrote in a post.

These updates will be made available globally, except in the European Union, in the coming weeks.