There have been talks about Facebook getting TV-like shows. Turns out, those rumours were kind of true. Facebook has launched a new video platform called “Watch” but rather than Netflix, this new feature looks more like YouTube. The social giant has launched a video tab simply because that’s the only feature not available to its users. The “Watch” tab will start rolling out a dozen of original shows to a small group in the US as a tester for now. Eventually, it will be available to the rest of its users. This step could increase the revenue of the company by several folds if it becomes a success and also potentially give YouTube a run for the money. 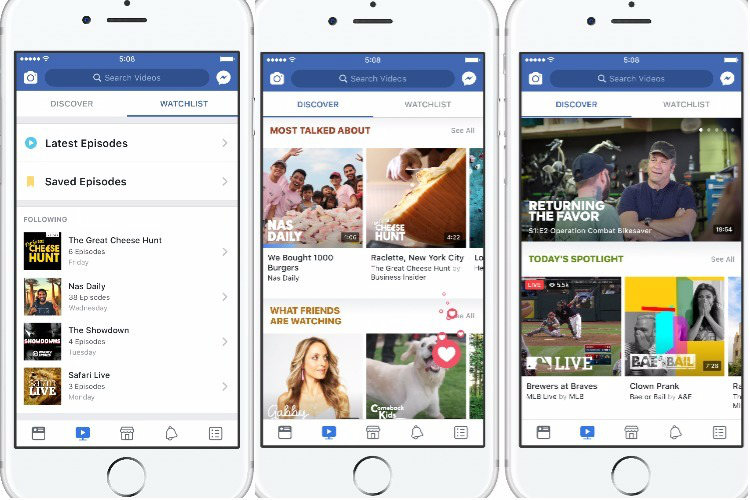 Watch also allows users to watch videos other than the ones on their feed. It also features personalized recommendations and categories such as “Most Talked About,” “What’s Making People Laugh” and “Shows Your Friends Are Watching.” Users can also subscribe to Watchlist feature to be kept updated on new episodes of your favourite shows. Creators can publish their shows on their newsfeed to reach the audience and connect with their fans on links that connect shows to Groups. 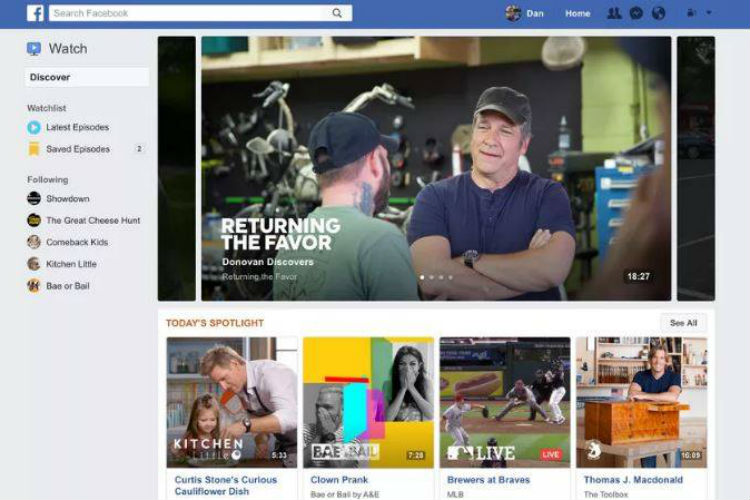 On opening Watch, you can scroll through a long list of videos and shows. The Facebook tab is divided into two sections- Discover (which are video suggestions) and Watchlist (which collects videos you save for later).  You can follow a show you like, and new episodes will then appear inside the watchlist.Fidgi Simo, Facebook’s VP of Leading Product and Engineering for Video, News, and Advertising in News Feed, says, “We are a platform for any creator or show. We want any publisher/creator who is interested to be able to create a show in the future. So there will be hundreds of shows at launch, and we’ll hopefully scale to thousands.”

ALSO READ: How to make GIF from videos on WhatsApp