The year 2016 witnessed global smartphone giant Samsung shelling out $5.3 billion from its operating profit after one of its flagship smartphones– Samsung Galaxy Note 7 went on an explosion spree. Following the incident, the company announced the recall of nearly 2.5 million devices worldwide. However, to the company’s dismay, the replacement devices too caught fire, following which the Samsung bid adieu to its golden dreams and pulled the plug on Galaxy Note 7. The incident not only marred the company’s reputation but also went down as the biggest tech blooper in the history of tech. And months after the first incident was reported, Samsung has finally completed its investigation and revealed why such a disaster happened not once but twice.

Samsung carried out its investigation in three sets. Apart from carrying out its internal investigation, the company hired the UL safety consulting firm and Germany-based TUV Rheinland to conduct testing of its devices and logistics.

According to a press release, Samsung uncovered two separate sets of flaws with its batteries. The flaw in its first set of batteries (battery A) happened due to the negative electrode of the battery being deflected in the upper-right-corner of the battery.  The company identified that the incorrect location of the tip of the negative electrode as an additional contributing factor for the flaw. 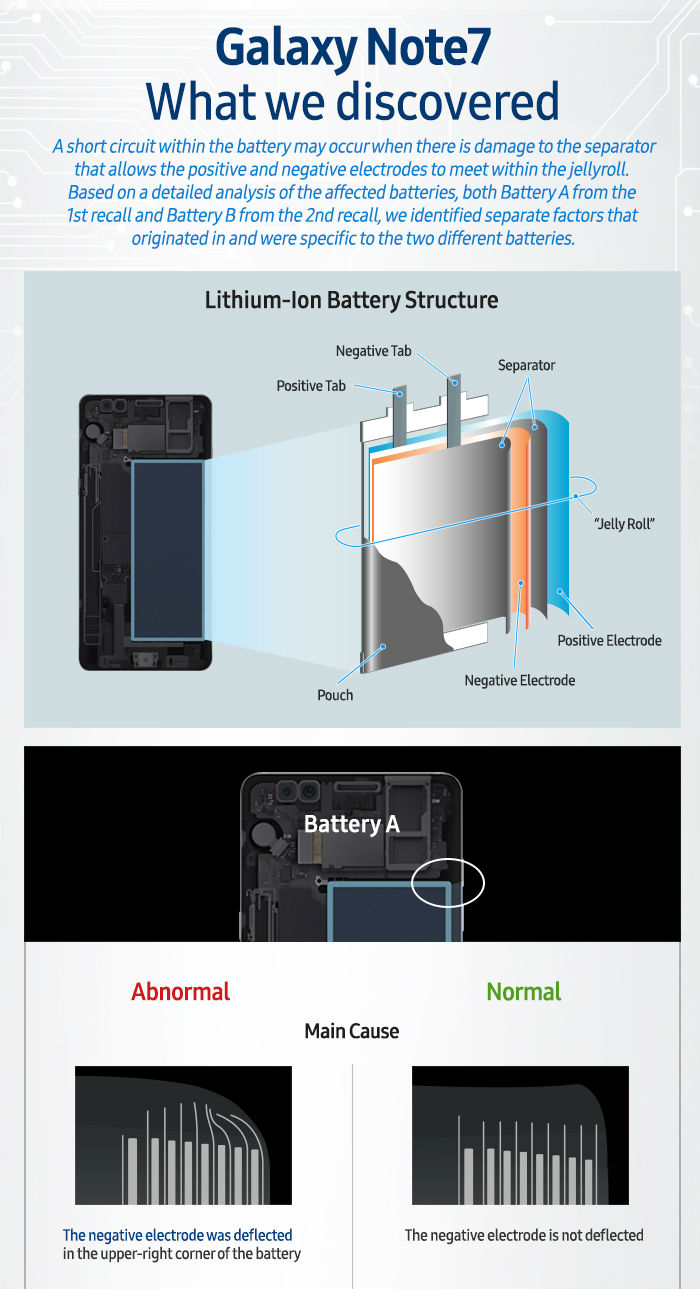 ALSO READ: Don’t want to say goodbye to your Galaxy Note 7? Here’s what to do

The flaw in its second set of batteries (battery B) happened due to high welding burrs on the positive electrode, which resulted in the penetration of the insulation tape and separator, which in turn caused direct contact between the positive tab and the negative electrode. Further, Samsung identified the missing insulation as an additional contributing factor.

ALSO READ: Missing your Note 7? Here are the top 5 alternatives 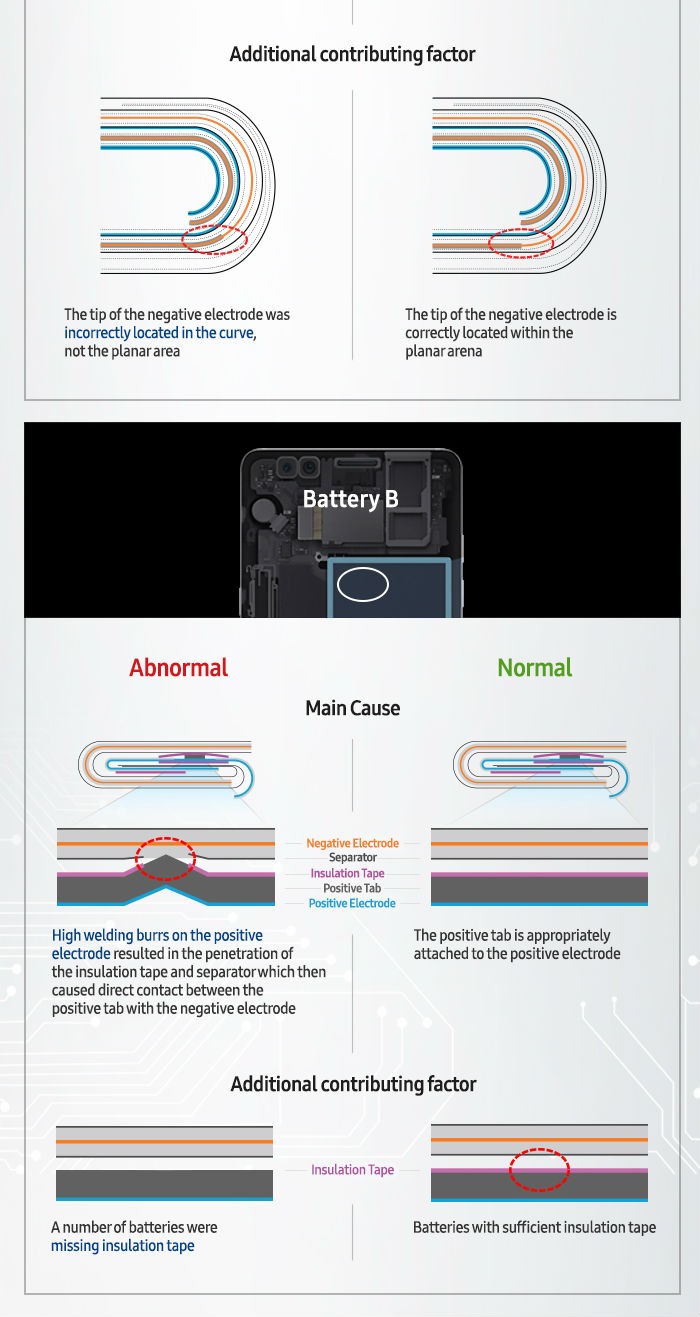 Keeping in view its Galaxy Note 7 debacle and its latest findings, Samsung has decided to implement additional safety protocols and an 8-Point Battery Safety Check routine to ensure battery safety.