Eugene Cernan, the last man who left his footprints on the surface of the moon passed away at the age of 82. “It is with very deep sadness that we share the loss of our beloved husband and father. Our family is heartbroken, of course, and we truly appreciate everyone’s thoughts and prayers. Gene, as he was known by so many, was a loving husband, father, grandfather, brother and friend,” his family said in a statement released by NASA.

“Even at the age of 82, Gene was passionate about sharing his desire to see the continued human exploration of space and encouraged our nation’s leaders and young people to not let him remain the last man to walk on the Moon,” the family added.

Cernan was with his family and friends at a Houston hospital, where he was being treated for ongoing health issues when he passed away.

“We are saddened by the loss of retired NASA astronaut Gene Cernan, the last man to walk on the moon,” NASA wrote in a tweet. 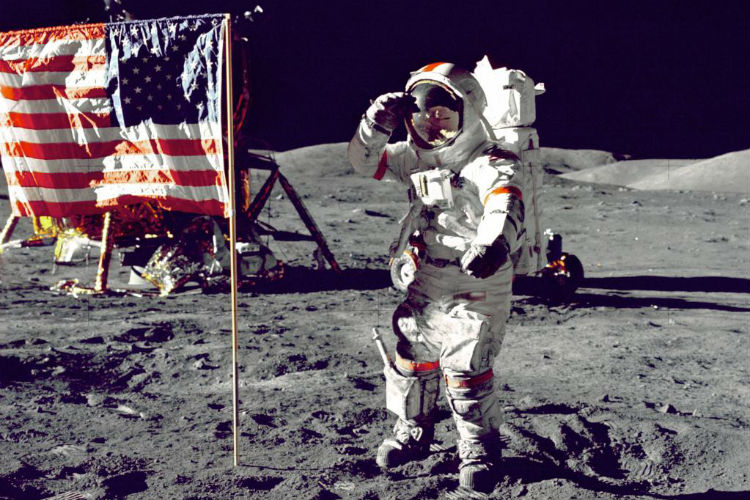 We are saddened by the loss of retired NASA astronaut Gene Cernan, the last man to walk on the moon. https://t.co/Q9OSdRewI5 pic.twitter.com/gPdFTnXF2C

ALSO READ: Guess how much a honeymoon on the moon will cost?

In May 1969, he was the lunar module pilot of Apollo 10. The mission included a descent to within eight nautical miles of the moon’s surface. As a crew member of both the Apollo 10 and 17 missions, he was one of three men to have flown twice to the moon and he holds several records including the record for longest manned lunar landing flight, longest lunar surface extravehicular activities, largest lunar sample return, and longest time in lunar orbit.

ALSO READ: When Mars, Venus and Moon went on a cosmic date!

He concluded his historic career as commander of the last human mission to the moon in December 1972.