Nivea, the German skincare company, pulled down its ‘White Is Purity’ deodorant ad after getting bashed for controversially promoting ‘white’. Nivea’s Middle East Facebook page posted an ad with caption: “Keep it clean, keep it bright. Don’t let anything ruin it.” 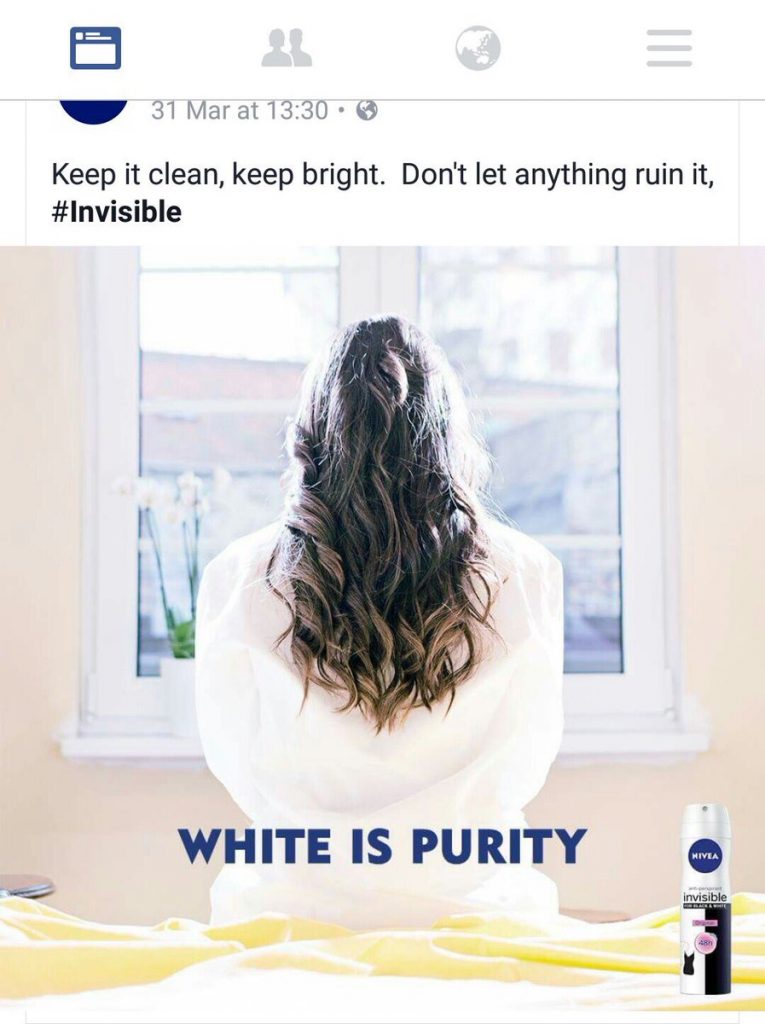 After they posted the ad, in no time it sparked a backlash and the netizens accused Nivea of being racist. People started expressing their anger on their Twitter as well as Facebook pages. “Come on Nivea. This is so racist that I do not even know where to begin. Speechless. In future, refer to clothes or products, not colors,” Scott Bellows tweeted. Another Twitter user posted “.@NIVEAUSA What the HELL is this? White Purity? Shame, Shame, Shame on you. Fire your marketing person and anyone who approved this ad.”

And after seeing the netizens’ reaction, the German skincare company decided to pull down the ad and post an apology. Reportedly, the company issued a statement, “We are deeply sorry to anyone who may take offense to this specific post. After realizing that the post is misleading, it was immediately withdrawn.”

While everything is fine now, actor Abhay Deol is back in the role. Taking to Facebook, Abhay wrote:

He even has a question, “You think we as Indians can get an apology from the brands who are saying this every day in our country?”

If you are wondering what it is to do with Abhay Deol, then here it is. Earlier this month, Abhay Deol stirred a controversy after calling out a few Bollywood celebs for endorsing fairness creams. From Shah Rukh Khan to Deepika Padukone and Sonam Kapoor, Abhay did not spare anyone in his Facebook post. Along with the ad of celebs, he made some valid statements. Click here to read the complete report. He stood against fairness creams even when Sonam Kapoor tried trolling his cousin Esha. Read here. Do you think Abhay’s question is valid, tell us in comments.