It would hardly be incorrect if someone were to say that Wonder Woman is the most adored superhero today. After the release of Patty Jenkins’ film focusing on the origins of the iconic DC superhero, Wonder Woman has swept people off their feet across the world. But, Gal Gadot’s Wonder Woman started laying the foundation of building a fan base way before that. Diana’s short cameo in Batman v Superman: Dawn of Justice did a lot more than just introduce the character in the DCEU. Everything about her was dangerously appealing- her vambraces, her poise and especially her introductory theme song.

In many ways, the Wonder Woman theme song defines her every aspect of the character. Composed by Hans Zimmer, the notes of the thunderous theme, that has been indelibly engrained in our minds, originated from the instrument of musician Tina Guo. 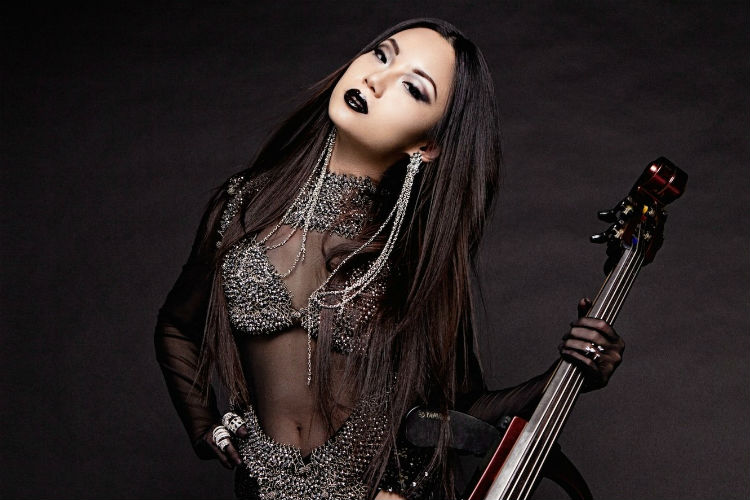 Tina Guo (31) is a Grammy Award-nominated electric cellist who has been working with Zimmer and his film score company Remote Control Productions. Practically invisible to the public eye until 2008, Guo dazzled all when she played live at the 50th Annual Grammy Awards with the Foo Fighters. Ever since, she has found work in several noteworthy projects such as Sherlock Holmes (2009), Inception (2010), Iron Man 2 (2010), Fast Five (2011), The Hangover Part II (2011) and X-Men: First Class (2011) to name a few.

Trained in classical music ever since she was 3, Guo caught Zimmer’s attention through a music video she had produced. What’s unique about Guo’s style is that she blends classical music with heavy metal in a way that it sounds as graceful as it is imposing.

Perhaps that is what made Zimmer chose her when it came to playing the theme song for Wonder Woman in Batman v Superman. Titled “Is She With You?” the track fires up when Diana leaps into battle against Doomsday. The mysteriously raw track quickly became a fan favourite and Guo became one of Zimmer’s. “When she grabs the Cello, it’s like a sword. She becomes the Wonder Woman,” the 59-year-old composer notes when speaking of Guo.

Recently, Guo recreated the track in her own heavy metal rendering of Zimmer’s composition. Filled with dramatic imagery, the video features Guo playing the cello and she delivers the same level of raw power as in the film in under four arresting minutes.

Guo’s metal version became very popular among fans, gathering nearly a million views on YouTube. Her idiosyncratic approach to music parallels Diana’s energetic and enigmatic air making her a Wonder Woman in her own sense.