Our world is a bizarre place. It’s a place where air sex is a competitive sport and Santa Clauses from around the world compete in competitions like chimney climbing and reindeer riding to prove that they are best Santa in the whole wide world. It’s a place where fried spiders are a regional delicacy and live octopuses are considered a treat (have you tried these yet?).

If that wasn’t shocking enough to make you gag we have more. While some cities in China serve fetus soup, which is made from dead human embryos, drunk shrimps (the ones that are alive) are served to you on a silver platter. But that’s just the beginning of the weird dishes that are served around the world.

From alligators to sharks, here are seven bizarre dishes served around the world: 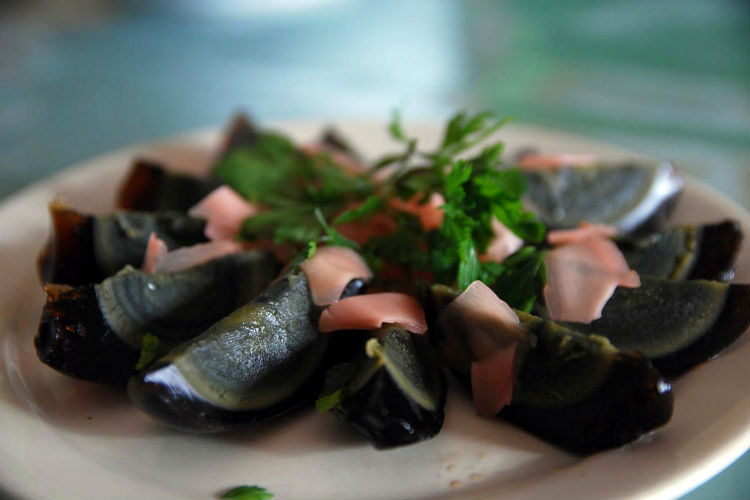 They are also called Pindan or preserved egg. The dish has an egg of a duck or a chicken is preserved in a mixture of ash, salt, clay, and quicklime for months. At the end of the process, the yolk turns dark and has a creamy consistency, while the white part turns brown. 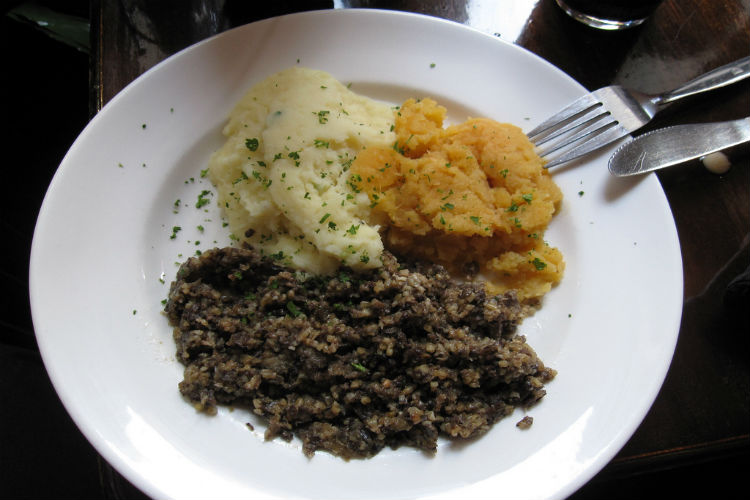 This Scottish pudding is made using a sheep’s heart liver as well as onion, oatmeal, salt, and spices. It is served with mashed potatoes and Scotch whiskey. Do you still love non-veg food? 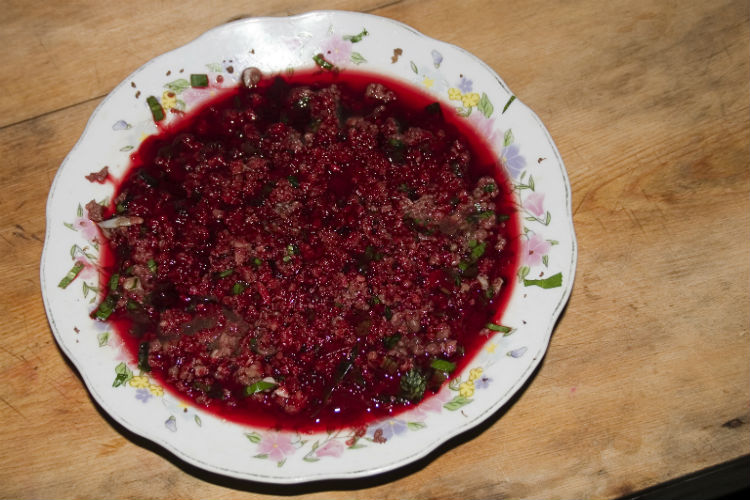 Southeast Asia is known for using eccentric flavours in its dishes and this dish is no exception to this rule. It is made by collecting fresh blood from a duck and mixing it with fish sauce to keep it from coagulating. It is garnished with crushed peanuts, herbs, and pieces of duck. Any takers? 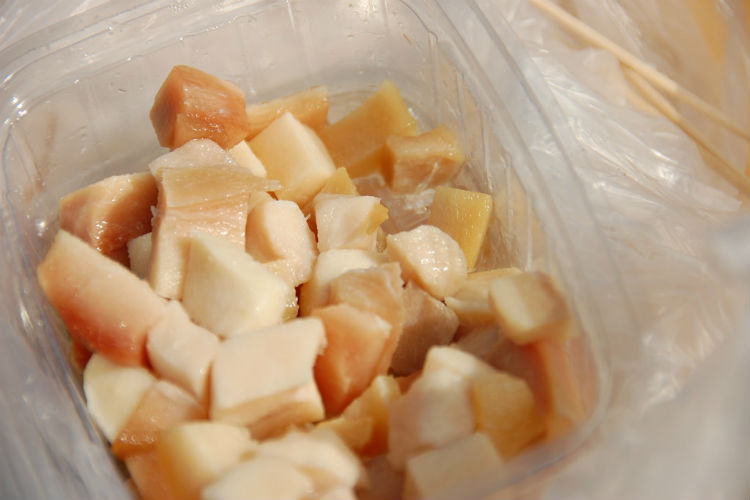 Have you ever been to Iceland? If you have, you would have had the chance to taste the Icelandic national dish which is made from fermented shark piece. It has a strong and pungent flavour thanks to its high ammonia content. Good luck eating it if you can ever get over the smell. 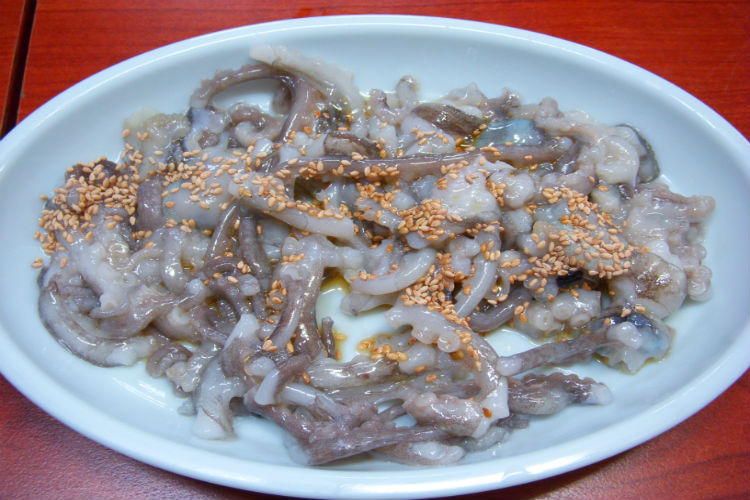 This mouth-watering delicacy is made using the octopus arms. While the sea creature is killed before serving, its tentacles still move as they are served. Imagine octopus arms moving inside your belly! 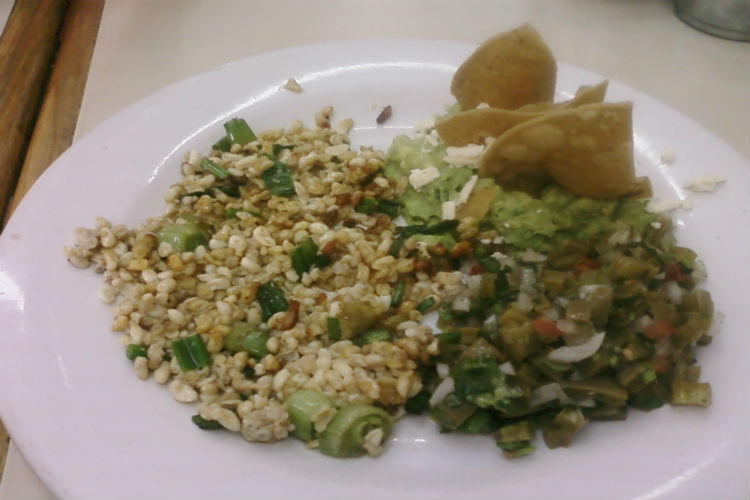 Mexican food is known for its strong flavours and one dish that stands out is the escamoles, which is essentially ant larvae which are harvested from the roots of the Agave tequilana tree. Any takers yet? 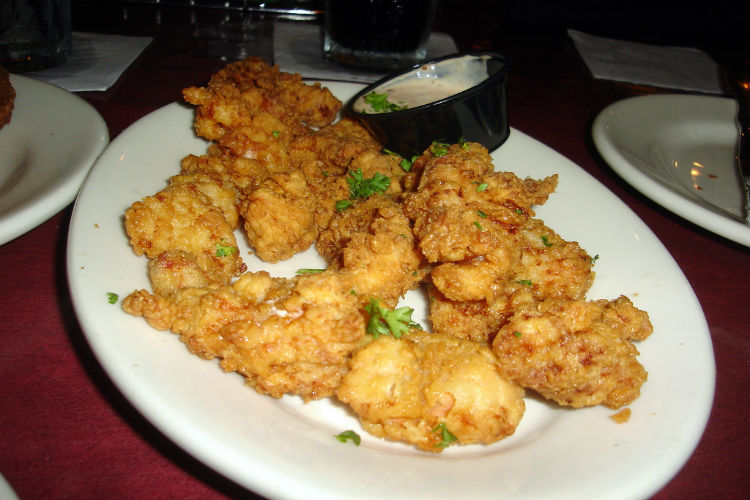 Alligators and crocodiles are scary creatures. What if you had to eat them? Would they still sound scary? The tail of the creature is used for preparing meat nuggets and patties.