This year’s big event in Bollywood is finally here, and of course, it’s Bollywood fashionista Sonam Kapoor’s wedding that the entire nation is going gaga over. After giving all the brides-to-be some major wedding ensemble goals with her Mehendi and Sangeet outfits, Sonam Kapoor stepped out in her bridal avatar, making our hearts skip a beat. 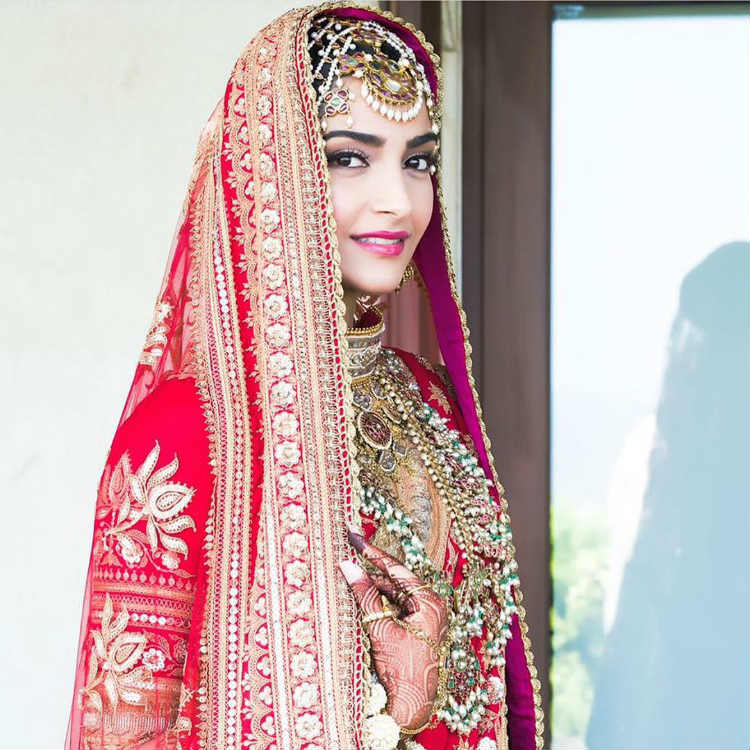 Wearing a gorgeous red lehenga by designer Anuradha Vakil, Sonam looks nothing less than a royal princess. She accessorised the elegant flower motif lehenga with heavy bridal jewellery, including two necklaces and a broad mang-tika. 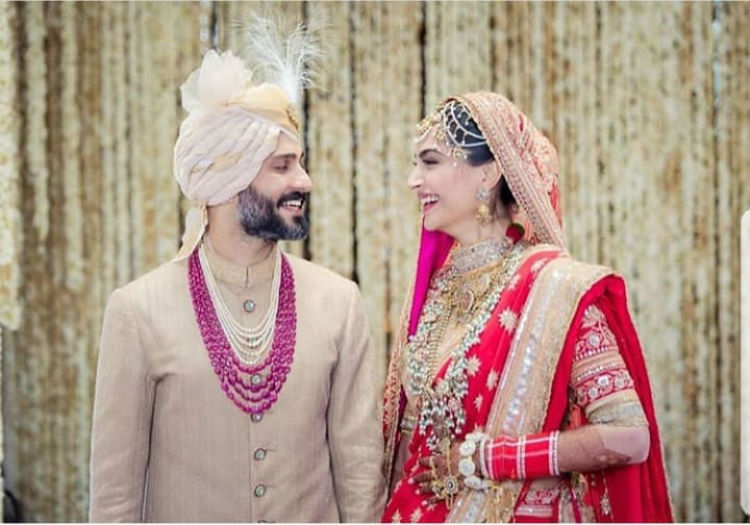 ALSO READ: Sonam Kapoor Looks Divine In An Ivory And Gold Lehenga At Her Sangeet Ceremony

And just like all her pre-wedding ceremonies, Sonam again chose to go for a dewy makeup for her wedding day. Although the actress is known for her out-of-the-box looks, a traditional red lehenga was an interesting surprise. 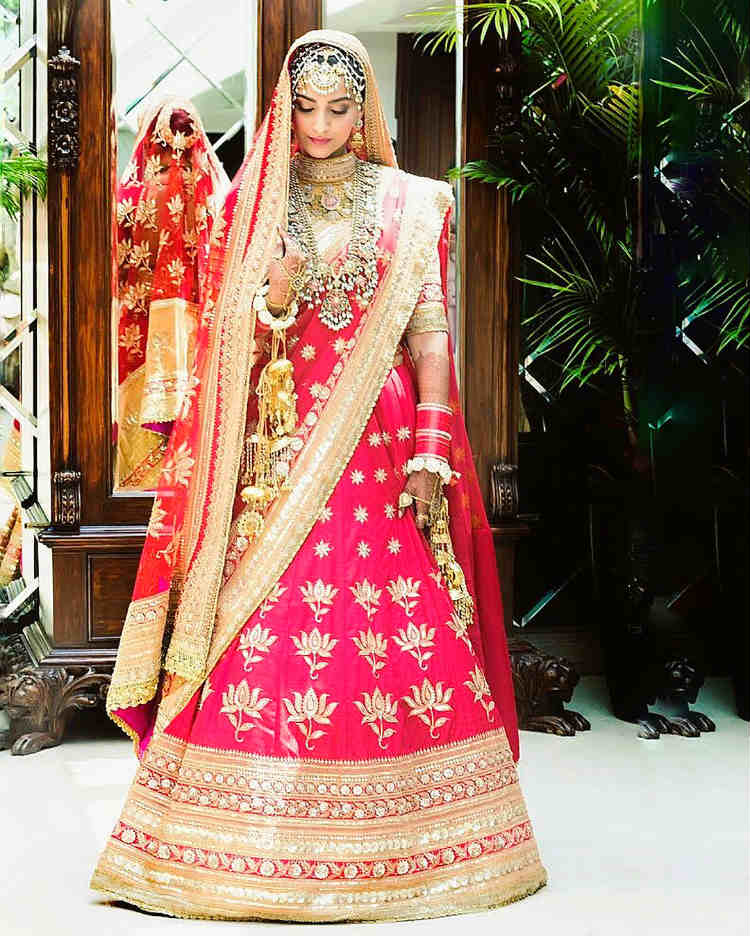 Complimenting the bride’s attire, groom Anand Ahuja wore a pastel bandhgala sherwani along with a matching turban and went for a layered pearl and ruby necklace. 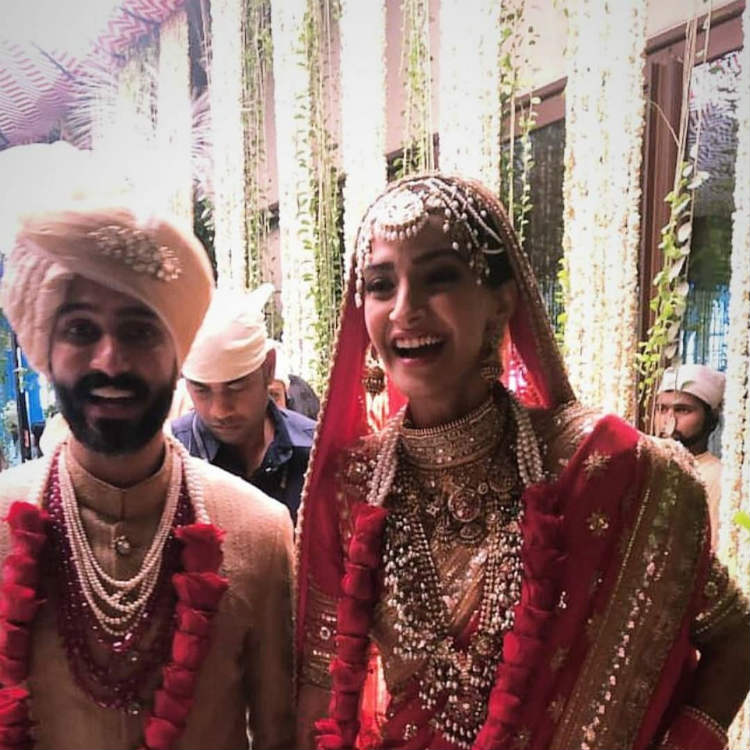 And, they look absolutely stunning.

Lastly, we have to talk about “The Kapoor” clan and the outfits donned by Sonam’s friends. With most of the celebs flaunting pastels and hues of pink. Here’s a look at some of our favourite outfits from #SonamKiShaadi: