Bollywood fashionista Sonam Kapoor’s wedding is clearly becoming one of the biggest events in Bollywood this year. While celebrations are on in full swing, the actress’s mehendi ceremony on May 6 drew quite a big crowd of the who’s who of Bollywood dressed in their finest attire.

But, it was, of course, Sonam who stole the limelight dressed in a beautiful pastel-hued sharara from Anuradha Vakil. The actress looked nothing less than a royal princess for her mehendi ceremony. A beautiful combination of delicate embroidery, zardozi and gota-patti work, Sonam’s traditional outfit was a perfect combination of style and elegance. 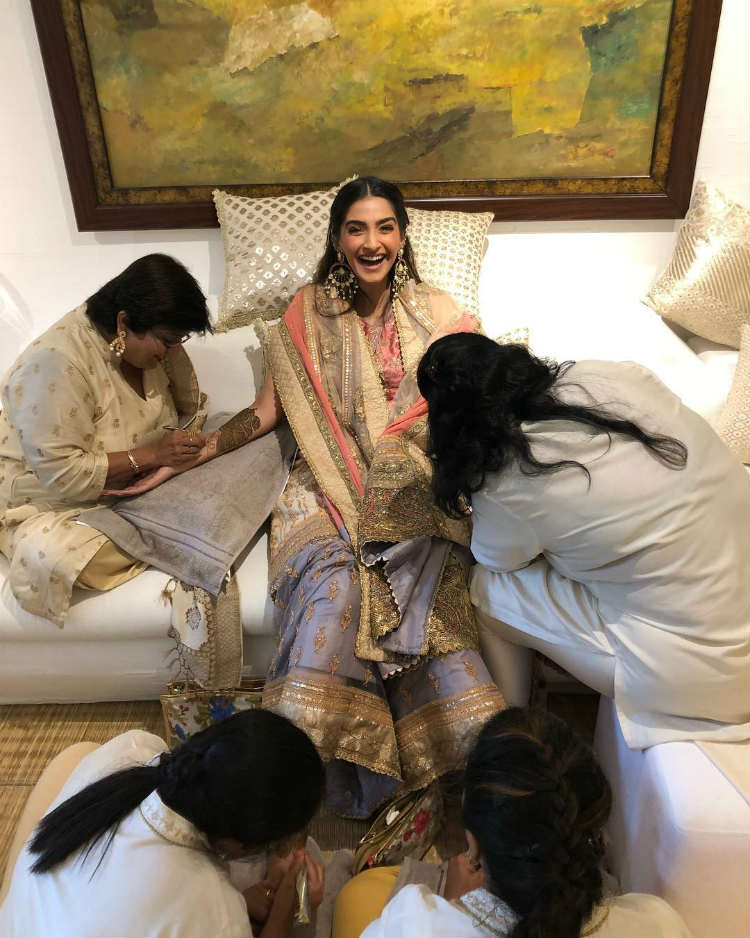 With her loose curls were left open, with a simple twisted hairdo, Sonam went for a no-makeup look and paired the attire with nothing other than a pair of danglers from her mom Sunita Kapoor’s collection. 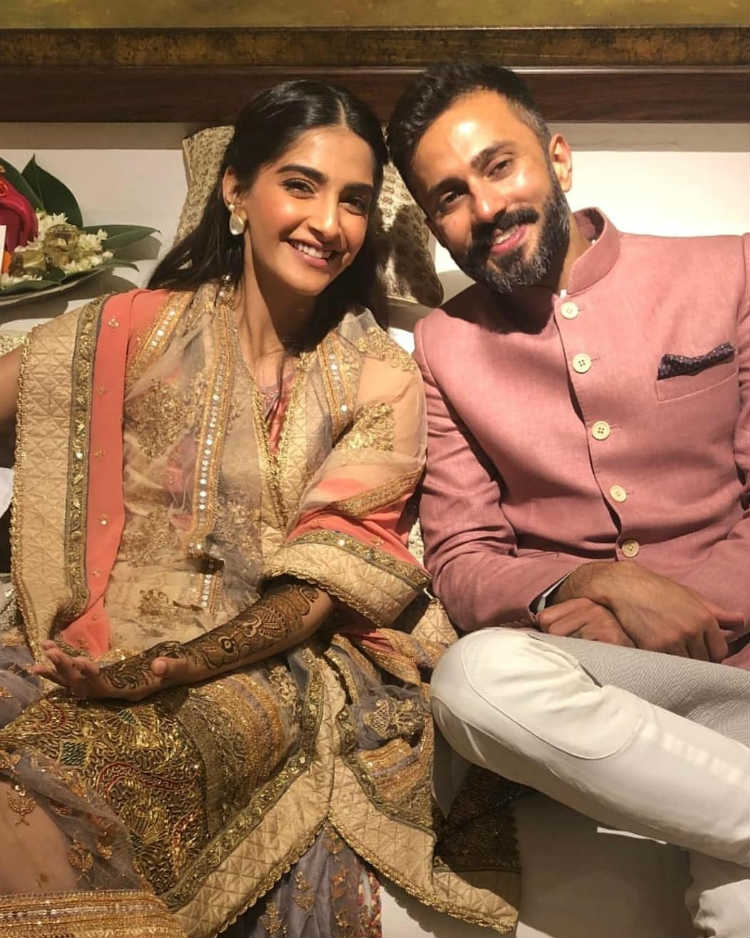 ALSO READ: 7 Sonam Kapoor-inspired hairstyles that will make you look no less than a diva

As the hashtag #SonamKiShaadi trends on Instagram, not just her fans but the entire nation is going gaga about the diva’s wedding.

And it won’t be wrong to say that the bride-to-be’s wedding ensemble is surely going to inspire hundreds of brides this year. 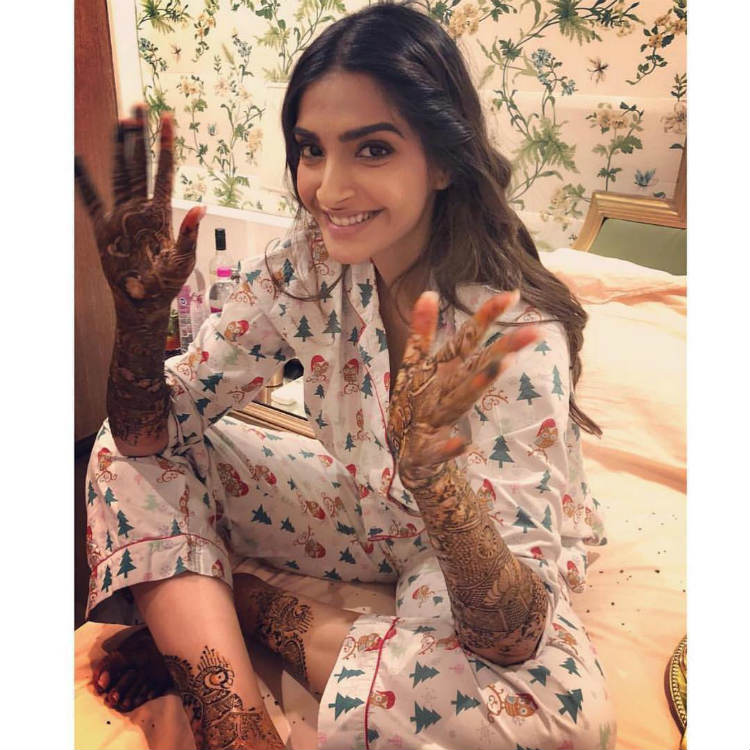 Isn’t she the perfect blushing bride?