After flaunting the royal Indian look in a pastel-hued sharara by Anuradha Vakil at her mehendi, Sonam Kapoor chose to go for a subtle ivory and gold lehenga for her sangeet. Designed by none other than the Abu Jani-Sandeep Khosla duo, the beautiful Chikankari lehenga is a sight to behold. 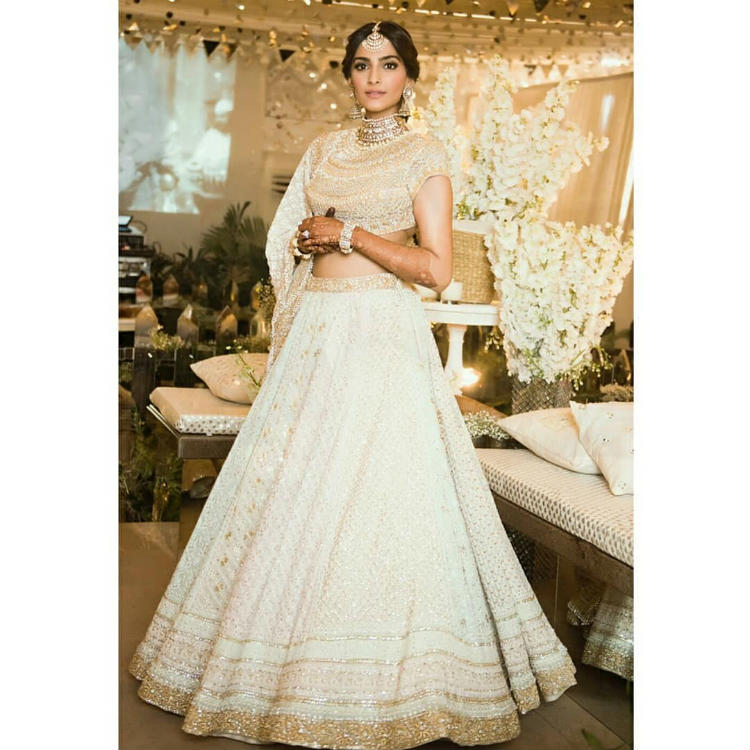 Embellished with intricate gold work, Sonam once again chose to opt for her mom Sunita Kapoor’s jewellery collection and wore a gorgeous choker necklace along with matching jhumkas and mang-tika. For the fashionistas, who keep note of every Sonam Kapoor look, yes it’s the same choker that the actress wore at Cannes 2014.

And as if her lehenga was not enough to make our jaws drop, Sonam’s hair and make-up did the rest of the magic. With her hair tied in a french-braid, the gajra (flower arrangement worn in the hair) cranked up the desi bride vibe to the whole look. 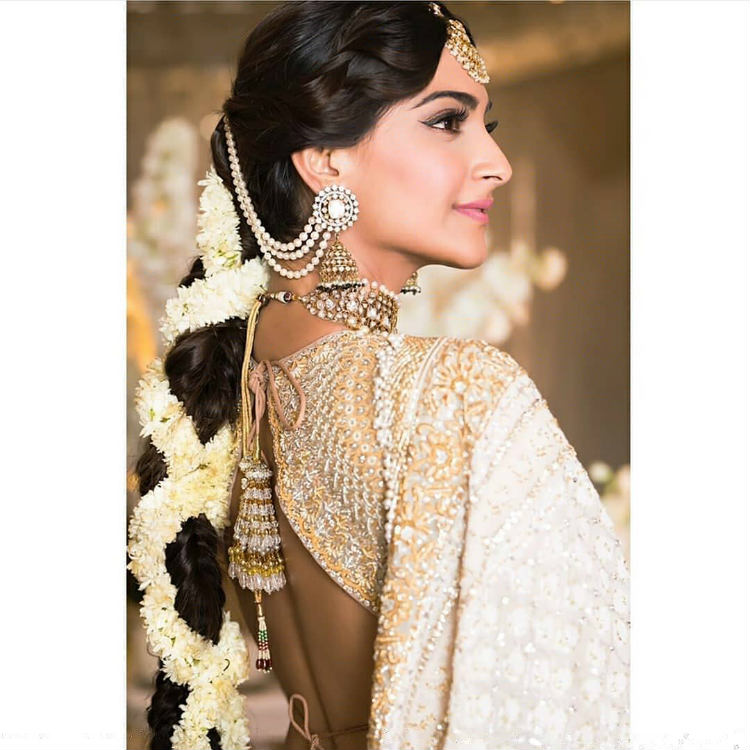 Well, it seems the theme of the ceremony was shades of white and ivory, as the entire Kapoor family and Sonam Kapoor’s friends were seen in similar shades, including Jhanvi and Khushi Kapoor, Jacqueline Fernandez and Masaba Gupta to name a few.

We just can’t wait to see Sonam in her bridal avatar tomorrow!