The actress stepped out in a summery white Indo-western outfit, layered with a floral robe. She wore Mahesh Nottandas’ gorgeous earrings to complete the look. Though there is nothing wrong about the dress, it is just not for Cannes. Similarly, the one she wore on day 1, the dress looked more like a Met Gala outfit. Well, we understand it’s your first time at Cannes. And all the actresses including Aishwarya Rai Bachchan, debut has gone wrong. See pictures here: 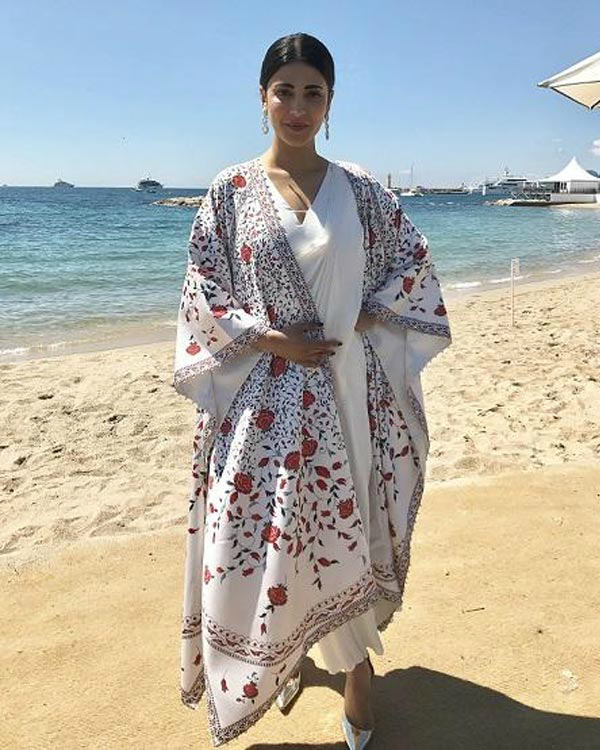 The former Miss World made her Cannes debut in 2002. She was accompanied by director Sanjay Leela Bhansali and Shah Rukh Khan as she was there for Devdas. For her debut, she chose to wear a traditional outfit. She donned a golden Neeta Lulla saree with an overdose of gold jewellery. Though Aishwarya’s saree was beautiful, her jewellery went overboard. It seems she was dressed for a wedding, and not Cannes. 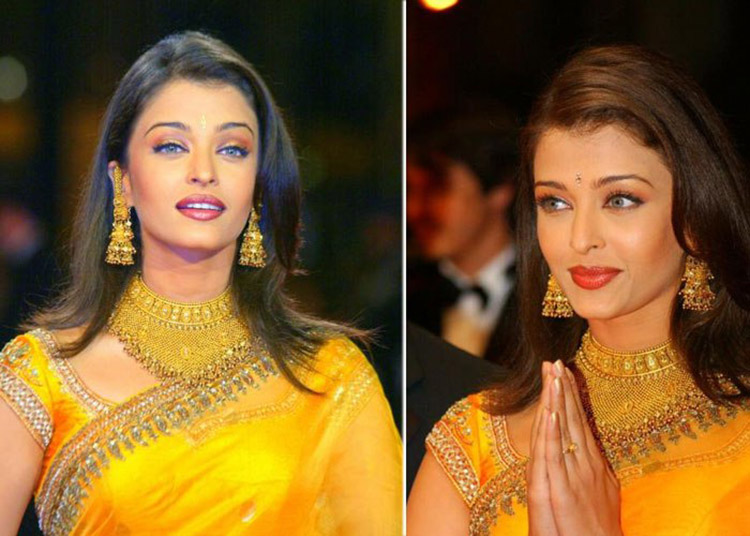 Similarly, Deepika Padukone’s debut in 2010 wasn’t that great. She donned a white and gold Rohit Bal outfit. Again the saree looked lovely on her, make-up and gold jewellery were a huge disappointment. Even Sonam Kapoor has made many blunders on the Cannes red carpet. Cannes regular Mallika Sherawat has improved since last year, else even her dresses were nothing less than terrible. Well, it’s fine to say that Cannes debut has often remained a fail for the actresses.