While the world is abuzz with Deepika Padukone’s gorgeous look at Cannes 2017, here is another Indian actress who stepped out on the red carpet. No, we are not talking about Mallika Sherawat. It is about Shruti Haasan who is at the Cannes 2017 to promote her film Sangamithra. Wearing a black gown, she walked the Cannes red carpet last night for the first time and disappointed with her style.

Shruti Haasan wore something which was a mix of cold-shoulder, ruffles, long train and many other styles. The dress was super-short from the front and long from the back. Light makeup, smoky eyes, and messy hair didn’t go well with the dress. Wearing Avaro Figlio number, Shruti simply failed to impress fashion critics. 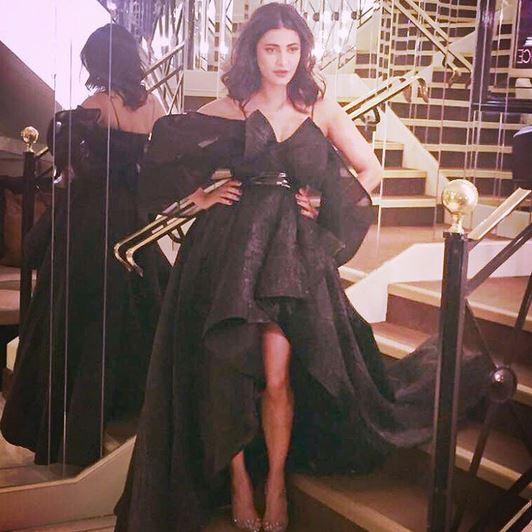 But we can say this could have been an excellent choice for Met Gala 2017. This year’s theme was Rei Kawakubo/Comme des Garcons: Art of the In-Between, which was in honour of Japanese designer, Kawakubo. The event saw the some of the weirdest outfits at the red carpet. Even our Desi girl, Priyanka Chopra was spotted at the event in a Ralph Lauren trench coat gown. The gown was the talking point for over a week. 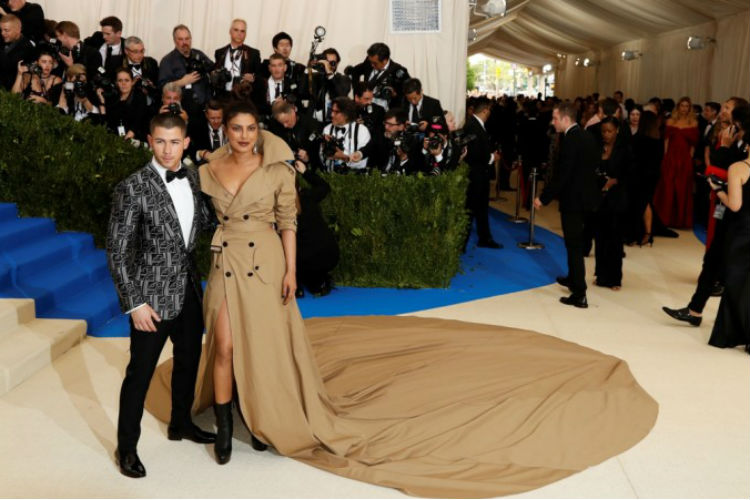 She was all hotness in double-breasted front-slit trench-coat-gown. The standing collars were looking perfect on her. While Deepika Padukone’s enthralling outfit was beautiful but wasn’t on the lines of the theme. She accessorised her outfit with a floral-studded headband and matching earrings. Though she looked fabulous, her dress wasn’t the best for this event. But Shruti Haasan, your Cannes 2017 dress was perfect to wear at Met Gala. 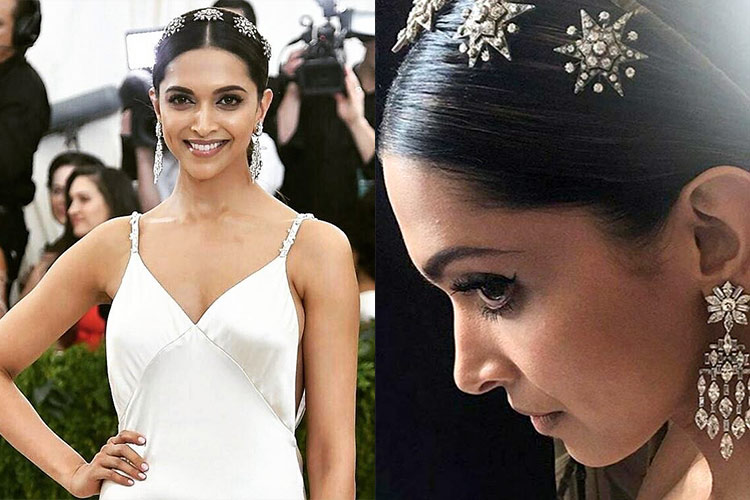