Since her entry into Bollywood, Kareena Kapoor Khan has been making all efforts to stand out. And she has done it successfully too. From the knack of experimenting with different roles to giving standout performances in them, she has made sure that she grabs the limelight. Films like Chameli, Yuva and Omkara helped in becoming her the queen of hearts. She changed the game by going to size zero. Kareena was even criticised when she lived-in with Saif, and later got married to him. People said that she won’t work after marriage, but she made a point to silence all her detractors, at every level. She has always believed in saying, “Kuch toh log kahenge…logo ka kaam hai kehna.” 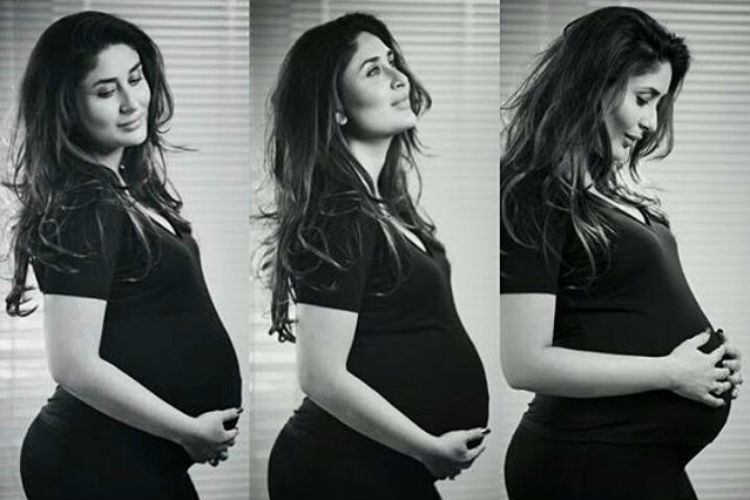 When the news of her getting pregnant spread, once again it was expected that she will stay behind the curtains for 9 months, like most of the other actresses have done in the past.

But here again, she moved out of the stereotype and broke Bollywood’s typical pregnancy taboo.

She is one smart and most sorted woman, who knows what to do and how to do. These five reasons not only prove that Kareena is enjoying her pregnancy, but she is also breaking all the taboos associated with it.

When she spoke about her pregnancy: Not all actresses make a point to speak up about their pregnancy. However, Kareena has always been vocal about her views. Soon after Saif announced Kareena’s pregnancy, reports about take a break from work started doing rounds. The Bollywood diva refuted the reports with strong statements. She made it a point to come upfront and deal with it. 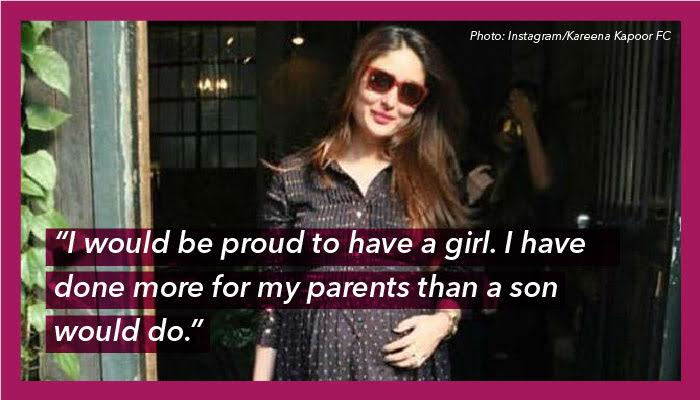 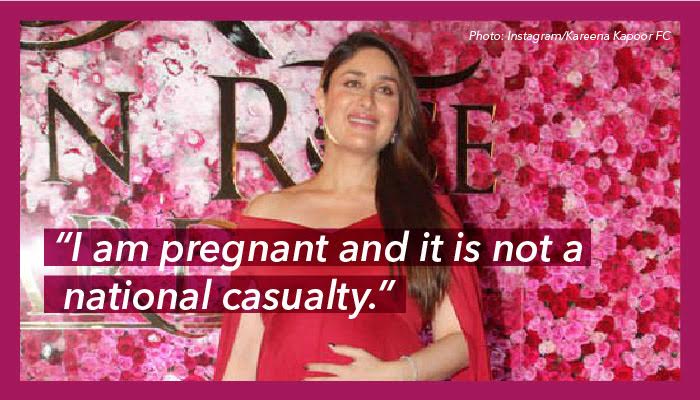 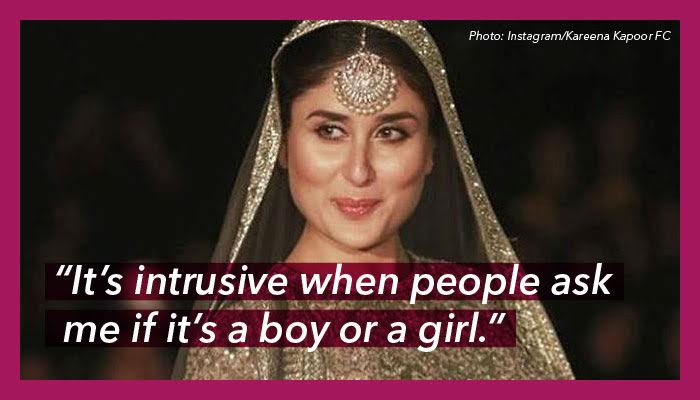 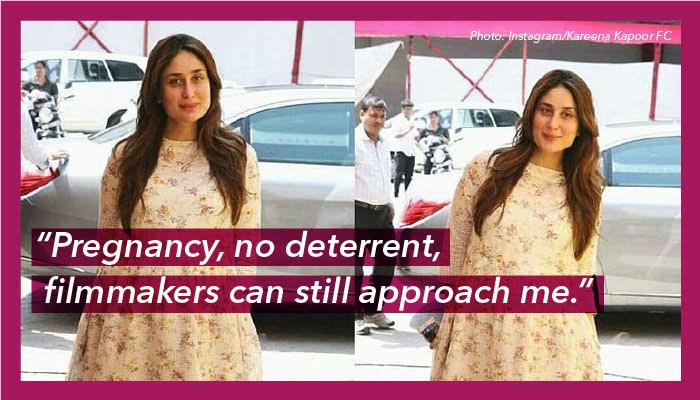 She even spoke about her pregnancy cravings. Bebo and her dietician Rujuta Diwekar did a live Facebook chat where they revealed about her food cravings during her pregnancy. 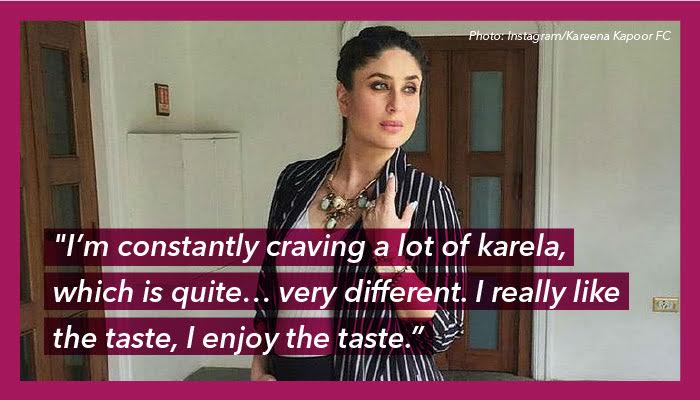 When her maternity fashion broke the internet: Kareena is known for setting up the trends for long and even now when she is pregnant, her baby bump style is speaking for her. She is showing off in style since the time of her baby bump appeared. She has moved the fashion world with her unique style. Kareena made sure to go beyond normal pregnancy dresses and step into glamorous one pieces, designer lehenga, stylish one-shouldered kaftan or even in a simple traditional kurtis. 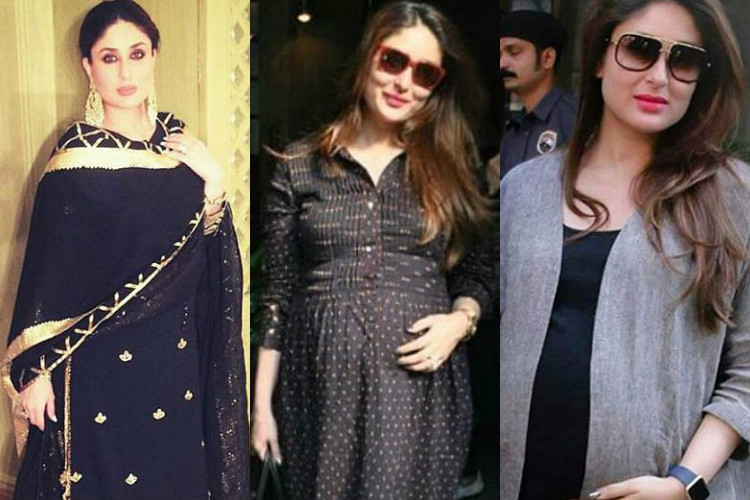 Reportedly, looking at her extremely vibrant fashion sense, an online clothing fashion brand which is working on a special collection of maternity wear, had approached Kareena to endorse it. Also, reports suggest that Kareena is quite excited and might take this up.

When she walked the ramp and opened doors for other pregnant actresses: Kareena’s pregnancy has become the most talked about topic in the entertainment industry. From Saif announcing the good news to she walking the ramp, every move of hers has become a news. During the latest Lakme Fashion Week , Kareena sashayed down the ramp with a pregnant belly. Undoubtedly, she was looking a class apart in Sabyasachi Mukherjee’s charcoal grey embellished lehenga and long kurti.

ALSO SEE: From Kareena Kapoor Khan in red to Katrina Kaif in green, these actresses sizzled the Golden Rose Awards 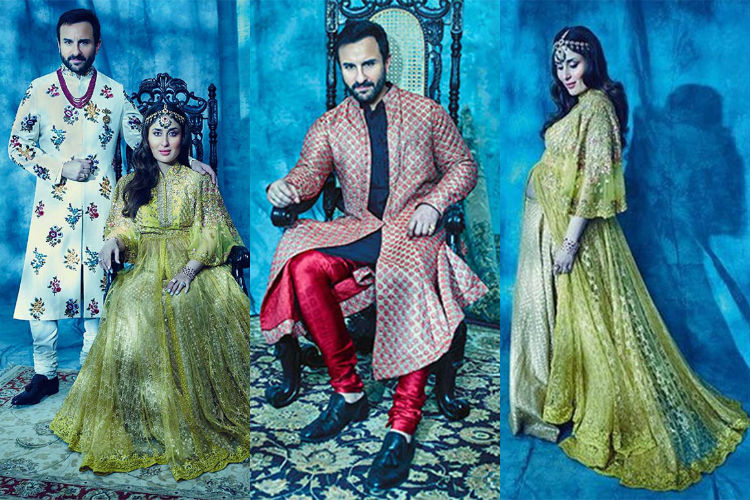 Post this, the Begum and Nawab of Pataudi shot for Harper’s Bazaar’s November issue. They certainly looked classy and ravishingly royal and the shoot was a royal treat to the eyes. Besides this one shoot, she has done various other photoshoots too. Recently, Kareena posed for Grazia India’s December issue. The cover reads as, “Hey Mama! Kareena Kapoor Khan’s Next Chapter.” The magazine even shared a video which is the making of the magazine’s December cover, in which you can see preggy Kareena posing.

Watch the making of our December cover with Kareena Kapoor Khan pic.twitter.com/0jWcL4gVyC

With all these cover pictures and photoshoot, Kareena has certainly opened doors for the pregnant celebs to work and enjoy at the same time.

When she made public appearances: There was a time when actresses simply used to decide to remain at home or at least when they are pregnant. Of late, however, we have started seeing them making public appearances. But Kareena has made sure to work and do whatever she loves to even now. Earlier, she said “I’m pregnant and not a corpse. And what maternity break?” and she is living it now. A few months back, she went on a lunch date with hubby Saif Ali Khan at a popular Chinese restaurant in Mumbai. Then she was seen at the Golden Rose Awards in her red-hot Gauri and Nainika gown. 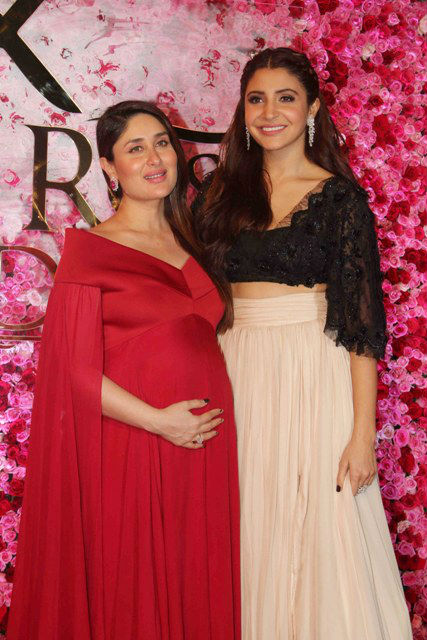 Recently, Kareena was spotted at an impromptu terrace party at her bestie Amrita Arora’s Bandra apartment. She is certainly making her pregnancy look fun and awesome, which undoubtedly it is.

When she said no to endorsing products: Though Kareena is currently a brand ambassador of PregaNews, a brand which manufactures home pregnancy kit, she initially refused to endorse any maternity brand. Reportedly, after the announcement of her pregnancy she was approached by several brands. However, she rejected more than 6 products and said that if I am pregnant that doesn’t mean I am going to endorse every maternity related product. I will choose products responsibly.

She is definitely not planning to follow the footsteps of her sister Karisma or any other leading actress. Unlike Shilpa Shetty or Karisma who are busy endorsing products for kids, Kareena is making sure to stick to what she thinks.