It’s candid time for  Kareena Kapoor and Sonam Kapoor as both are planning to fight for Koffee with Karan hamper on the latest season of KJo’s chat show. The Veere Di Wedding actresses are ready to have some fun on the show. Both Sonam and Kareena have made heads turn with their interesting and controversial statements on the show everytime they sat on that KWK couch.

This time too, it is expected that the two leading women in the industry will make the most of this opportunity and will not shy away from speaking their hearts out. 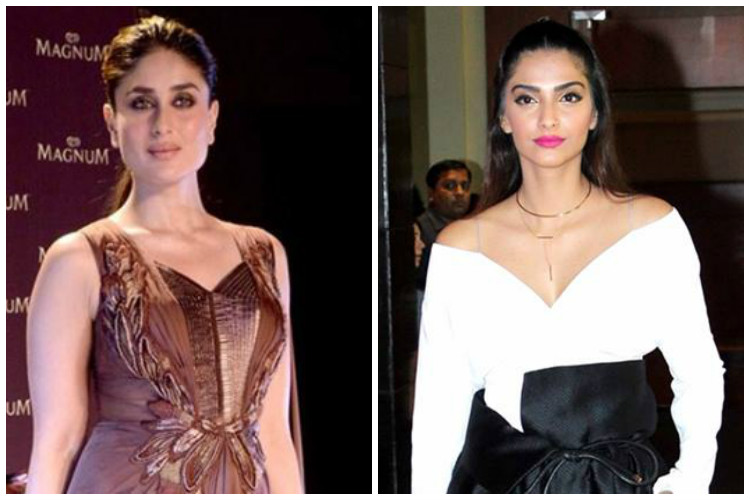 Sonam has been involved in a lot of controversies for voicing her honest opinions on the show over the years. (How can we forget the episode where she spoke about Ranbir with Deepika. Even Karan couldn’t handle it!)

However, this time it will be difficult for her to speak about Ranbir as his sister Kareena is set to join her on the show. Both Kareena and Sonam are having a gala time shooting for their upcoming film and it’s time we get a glimpse of their bonding on Koffee with Karan as well. Interestingly, Sonam has decided to stay away from the controversies this year on the show. She gave credit to Kareena Kapoor for making such thing happen. She said:

Kareena is my closest friend and she made sure I don’t speak anything wrong on the show.

So what’s in store this time? What all should we look forward to in their episode? Here’s what we think can be a standout factor this time!

Since the inception of the film, we have heard stories of how both the actresses have bonded really well on the sets. Every now and then we get to hear how they are having a gala time shooting for Veere Di Wedding and it’s time we get to see that because ‘seeing is believing’…

Let’s rewind our clock to the episode where Deepika Padukone and Sonam Kapoor grabbed attention for their comments on KJo’s show. After that, Deepika and Sonam had a big fight. It was speculated that the differences cropped as Deepika decided to bury the hatchet and attended Ranbir’s party but Sonam wasn’t even invited. Since then, the cold war between the two has been the talk of the town. Recently, Sonam took a sly dig at Deepika by saying that she does not date her co-stars.

Also: Sorry Katrina! This person is set to join Salman Khan on Koffee with Karan!

On the other hand, Kareena also hinted indirectly that she has a problem with Deepika over her comments on pregnancy. We are assuming that Karan has already taken a note of that and is ready to fire some questions regarding this.

(Courtesy: Tenor)
Earlier Varun Dhawan and Arjun Kapoor had a blast on the show:

The next episode is going to be epic fun as Ranbir and Ranveer turn Karan’s world upside down. Check out the glimpses of the show: