A graphic non-fiction on Middle East Sarah Glidden’s Rolling Blackouts is a scrupulous torch bearer for all journalists today. It’s brilliantly subdued and pastel-like illustrations depict the travels of two journalists and an Iraq War veteran across Turkey, Iraq and Syria. A collection of extended reportage and lengthy interviews, it explores the recent history of a region that holds a crucial importance to both the United States and Western Europe. Thus it makes her work double the interest–an exploration of graphic journalism in storytelling and an informative guide to understand the complex region.

The book records the reactions of Sunni Iraqis who’ve taken refuge in Syria and of Iraqi Kurdistan about the American invasion of the land. What comes out is a sharp, penetrating portrayal of the war’s consequences on people. Glidden’s work is much reminiscent of Kevin Carter’s Bang Bang Club–the same conflicting doubts, regrets and logistical problems amid little joys which take hold of freelance correspondents on war-afflicted grounds. The readers will immediately connect with the myriad illusion of how a journalist is separate from her works but a reflection of her subject.

Also read: Editors’ Pick: 11 International fiction books you must read before this year comes to a close 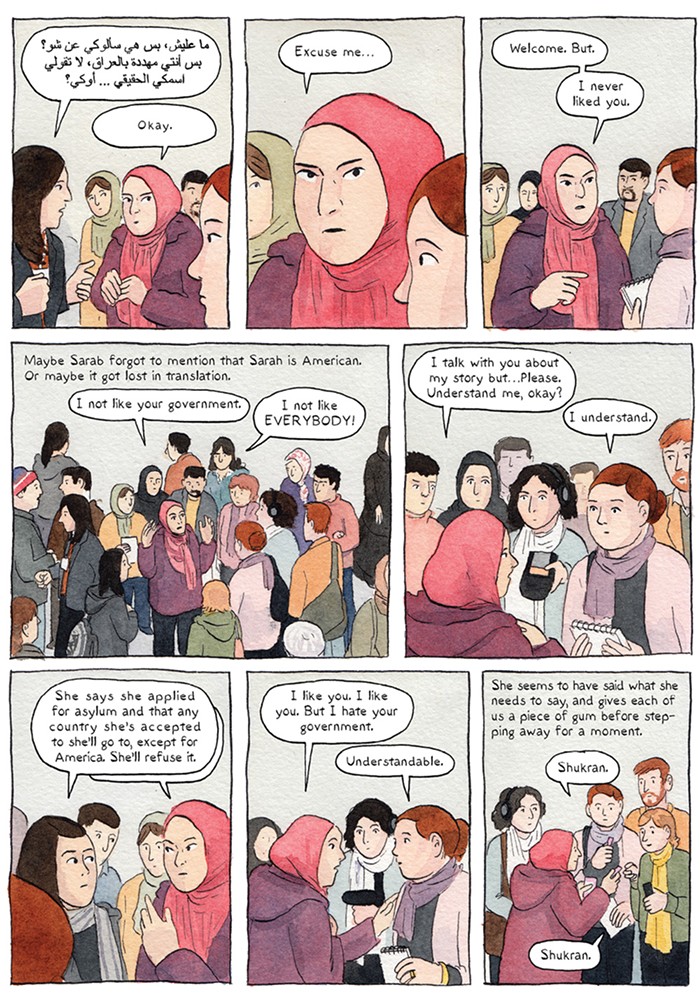 Six years ago, Sarah Glidden found herself on a two-month long expedition to the Middle East to collect stories of war, displacement, immigration, deportation and of life–before, after and during the conflict. This graphic novel is a behind-the-scenes director’s cut to the drama and a testimony of why good and truthful reporting matters in the internet age. 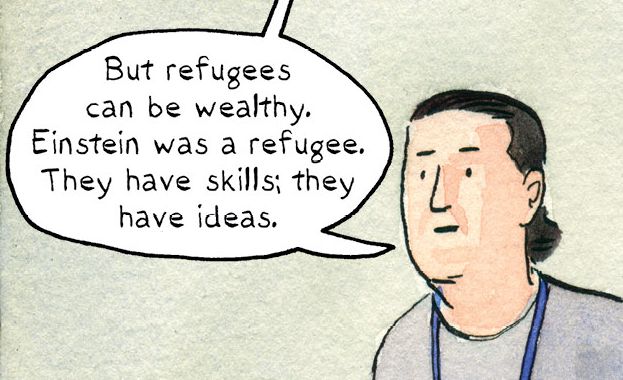 In 2001, Sarah’s friends Sarah Stuteville, Alex Stonehill, and Jessica Partnow founded a journalism collective, Common Language Project. Its name was later changed to The Seattle Globalist–an award-winning online publication dedicated to “highlight[ing] diverse voices and train[ing] the next generation of media makers.” It was after the team’s many trips to East Africa and Pakistan that Glidden decided to tag along on the journey to write a comic book on how journalism works. She was first exposed to a graphic novel as an adult and cites Joe Sacco’s Palestine, Art Spiegel’s Maus, and Marjane Satrapi’s Persepolis as her major influences. She is also an avid fan of “New Yorker, narrative-style journalists,” reports Observer. 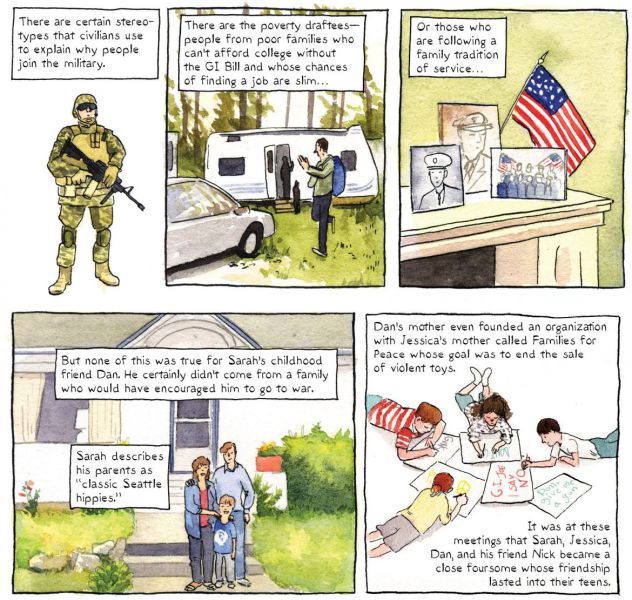 Her first book How to Understand Israel in 60 Days or Less was published by Drawn & Quarterly in 2011 where she dealt with global political issues for the first time in her life. Rolling Blackouts, unlike this book, is not a prose volume but a thick 300-page-long graphic novel which brings to foray human emotions more explicitly than words would. Lately, a lot of artists with disabilities, artists with LGTQ affiliations and artists of color have added to the popularity of graphic arena of journalism.

Sarah Glidden’s upcoming work will concentrate on “the focus toward immigration in the U.S., Central America and Mexico,” says Bustle.

Also read: These 12 original book titles interpreted by Shilpa Shetty will leave you in splits