The year 2016 will be remembered for its dark collapse in the arena of international politics. But there are few things to rejoice and are worth celebrating. To that end, we have compiled a selection of our favorite books from the International Fiction section this year. These novels are sure to offer comfort in the coming misery; if they don’t, rest assured they’ll at least draw you close to your daily caffeine love. 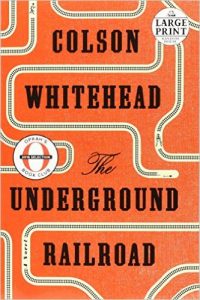 From his virtuoso of literary geniuses like The Intuitionist, John Henry Days and Zone One, Whitehead impresses class consciousness by a luminous, furious and wildly engaging journey of escape from a deep south plantation. The book is a masterful stroke on American slavery, set in a horrific plantation where rape and whippings are a commonplace. Powerful and gripping the Underground Railroad is no mere metaphor – engineers and conductors operate a secret network of tracks and tunnels beneath the Southern soil.

2. All That Man Is, David Szalay 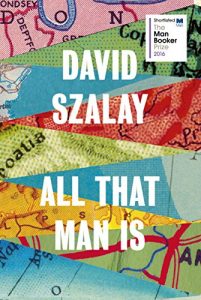 All That Man Is
(Courtesy: Amazon.com)

Shortlisted for the prestigious Man Booker Prize for Fiction , All That Man Is an anthology of nine stories revolving around nine lives. All of them of different ages, all of them away from the warmth of home, strive in the suburbs of Prague to understand what it simply means to be alive–here and now.

3. Do Not Say We Have Nothing, Madeleine Thien 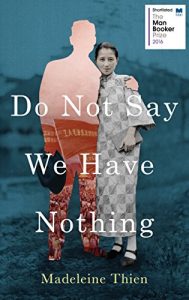 Do Not Say We Have Nothing
(Courtesy: Amazon.com)

The year is 1991 and place is Canada. In the aftermath of the Tiananmen Square protests, ten-year-old Marie and her mother welcome a new guest in their house– Ai Ming. Ming, a refugee from China tells young Marie the story of a revoltionary China–the tales of crowded teahouses in the early days of Mao Zedong’s ascent to the Shanghai Conservatory in the 1960s and the events leading to the Beijing demonstrations of 1989. Of valour, idealism, music and ensuing stillness in air, three musicians–the introvert composer Sparrow, the violin prodigy Zhuli, and the enigmatic pianist Kai–struggle during China’s relentless Cultural Revolution to remain loyal to one another and to the music they have devoted their lives to. The consqeuences of their fates have a deep and lasting impact on the lives of Ming and Marie. 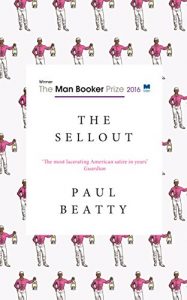 The first American to win the Booker Prize, Beatty whip smarts a satire so intrinsic to the fabric of American low-life–of slavery and racism. Everything about plot is contradictory. The devices are real enough to be believable, yet surreal enough to raise your eyebrows. The narrator, born in the agrarian ghettoes of Dickens, is raised by a single father, a controversial sociologist and spends his childhood as the subject in racially charged psychological studies. Led to believe his father’s pioneering work will result in a memoir that will solve his family’s financial woes, he is shocked to discover, when his father is killed in a police shoot-out, that there never was a memoir. All that’s left is a bill for a drive-through funeral. Fuelled by this deceit and the general disrepair of his hometown, the narrator sets out to right another wrong: Dickens has literally been removed from the map to save California from embarrassment. Enlisting the help of Dickens’ most famous resident–Hominy Jenkins–he initiates the most outrageous action conceivable: Reinstating slavery and segregating the local high school. 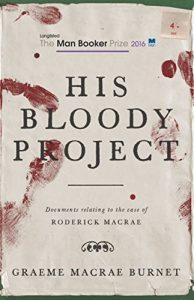 Graeme Macrae Burnet reminisces the case of Roderick Macrae which gripped the British citizenry in 1989: filthy coverage by newspapers, yellow journalism narratives of the brutality and gore in the murders of three people in a crofting community.

Roderick’s memoir, along with court transcripts, medical reports, police statements and newspaper articles, deprived the accused of any innocence and he readily pleaded guilty. But his lawyer, with his persuasive higher powers wouldn’t let it be. A perfect package of avid storytelling with fascinating historical details, genuine language and provocative literary tricks, His Bloody Project is a must read for all soulful bibliophiles.

6. The Improbability of Love, Hannah Rothschild 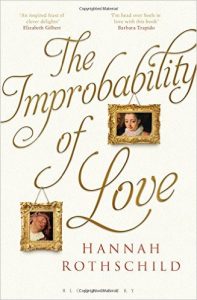 The Improbability of Love
(Courtesy: Amazon.com)

Hannah Rothschild’s first novel is a slow, addictive saga of rediscovery of love. The story leads you into a world of Russian billionaires, antique collectors and sheikhs with quaint humor.

A despondent Annie McDee searches a present for an unsuitable man amid a jumble of junk and tack where a grimy painting catches her eye. Little idea of what she has discovered, she finds her drawn into the tumult of London art world where unscrupulous dealers scheme to get their hands on the painting–a lost 18th-century masterpiece called ‘The Improbability of Love’. Annie delves into the painting’s fancied world where she not only uncovers an illustrious list of former owners but also unravels some dark secrets of European history. Adding to it the possibility of falling in love again, Annie’s journey is sweet, witty and irreverent.

7. A Life Discarded: 148 Diaries Found in a Skip, Alexander Masters 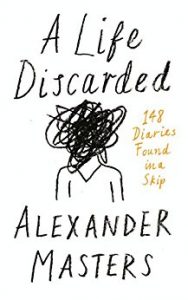 Transgressive, original and funny as its subject, Alexander Masters’ third novel begins in 2001, in Cambridge and has all the suspense of a murder mystery. Written with his characteristic warmth, respect and humour, Masters asks you to join him in celebrating an unknown and important life left on the scrap heap. A dairy, actually 148 diaries found in a lot of builders’ rubbish heighten his fantasy to write “the world’s first biography of a nameless subject”. What ensues is eccentric, touching and comical.

“How piteous that it should be thus discarded”.

8. Today Will Be Different, Maria Semple 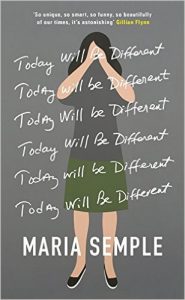 Today Will Be Different
(Courtesy: Amazon.com)

A brilliant novel from the author of Where’d You Go Bernadette, Today Will Be Different is about a day in the life of Eleanor Flood, forced to abandon her small ambitions and awake to a strange, new future where she learns that sometimes it takes facing up to our former selves to truly begin living.

Eleanor is a mess and she knows it. Today, she will tackle all little things that pester her. “She will shower and get dressed. She will have her poetry and yoga lessons after dropping off her son, Timby. She won’t swear. She will initiate sex with her husband, Joe. But before she can consider putting her modest plan into action-life happens. Today, it turns out, is the day Timby has decided to fake sick to weasel his way into his mother’s company. It’s also the day Joe has chosen to tell his office–but not Eleanor–that he’s on vacation.”

Eleanor is exasperated, it can’t be worse than this. But it is then that she meets a former colleague and a graphic rendition conjures up in her vivid imagination.
A dramatic tale threatens to reveal a buried family secret. What is it? 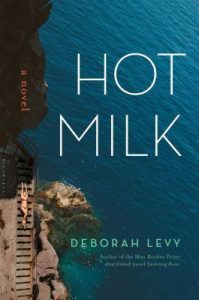 Sofia and her mother Rose embark on a journey in search of a medical cure for the former’s paralysis in a Spanish village, in what is a follow-up to Levy’s 2012 Booker Shortlisted novel Swimming Home. In the early pages one can trace the same deceptive realism.

“My laptop has all my life in it and knows more about me than anyone else”.

For Sofia’s trip to Spain with her mother marks a fracture in her life, a life that has been on hold because of her mother’s incessant demands and her confusion of her mother with herself. Sofia has been “sleuthing my mother’s symptoms for as long as I can remember”; when her mother limps painfully, so does Sofia, although she is only 25 and healthy.

Levy’s experiment with truth and identity tackles obsession and duty. There is a vividness of Virginia Woolf in Deborah Levy’s works and what comes out is a powerful novel, one with a transfixing gaze and terrible sting that burns long after the final page is turned. 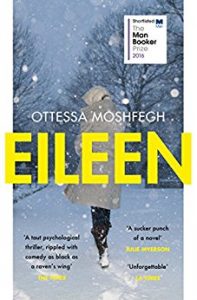 A lonely young woman working in a boys’ prison outside Boston in the early 60s is pulled into a very strange crime, in a mordant, harrowing story of obsession and suspense, by one of the brightest new voices in fiction, Ottessa Moshfegh.

Played out against the snowy landscape of coastal New England in the days leading up to Christmas, young Eileen’s story is told from the gimlet-eyed perspective of the now much older narrator. Creepy, mesmerizing, and sublimely funny, in the tradition of Shirley Jackson and early Vladimir Nabokov, this powerful debut novel enthralls and shocks, and introduces one of the most original new voices in contemporary literature. 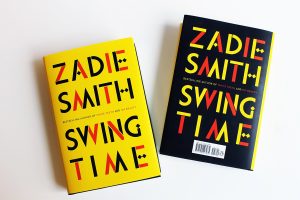 In London, two brown girls dreams of becoming dancers. One can but other has ideas of rhythm and time, about black bodies and black music, about what constitutes a tribe, or makes a person truly free. It’s a close but complicated childhood friendship that ends abruptly in their early twenties, never to be revisited, but never quite forgotten, either.

Dazzlingly energetic and deeply human, Swing Time is a story about friendship and music and stubborn roots, about how we are shaped by these things and how we can survive them. Moving from northwest London to West Africa, it is an exuberant dance to the music of time.