In a recent development in the Unnao case, the 17-year-old girl, who was allegedly raped by BJP MLA Kuldeep Singh Sengar, has now said that the District Magistrate has confined her and her family to a room. The girl, who claims that she was gang-raped by the BJP MLA and his brother Atul Singh Sengar, also pleaded with the Uttar Pradesh Chief Minister Yogi Adityanath to help her get justice.

Speaking to ANI, the girl said, “I appeal to CM Yogi Adityanath to provide me justice. The DM has confined me to a hotel room, they are not even serving me water. I just want the culprit to be punished.” Earlier, according to a Times of India report, the girl’s family had written a letter to the state government, anticipating a threat to the family.

I appeal to CM Yogi Adityanath to provide me justice. The DM has confined me to a hotel room, they are not even serving me water. I just want the culprit to be punished: Unnao rape victim pic.twitter.com/swZkXRk7O3

ALSO READ: Unnao rape case: Accused’s brother pokes a needle into the victim’s eye after she refuses to withdraw case

“After a fabricated charge, my son has been arrested and sent to jail in a comatose condition. I feel that my family will now be killed by Kuldeep Singh Sengar (BJP MLA), and his aides Atul Singh and Arun Singh. It is utmost urgent that the police takes legal action against these men,” the mother wrote in the hand-written letter on Sunday, the TOI report stated. The same day, the girl and her kin attempted suicide outside the CM’s residence. On Monday, the girl’s 50-year-old father, Pappu, died in judicial custody. 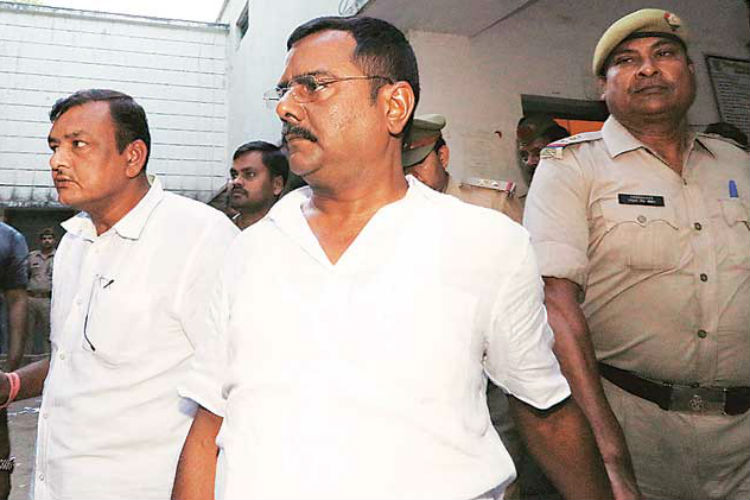 The DM had arranged for the family to stay at Unnao as they were adamant to not return to Makhi village — where they live — until the situation turns normal. “The MLA and his associates must be planning something. No one in the village will dare support us. No one will raise voice against the MLA and his family. They hold all administrative posts in the village,” the mother told Indian Express.

“The family will be provided full security. They have a relative in Delhi. It is their decision if they want to live here in Unnao or in Delhi,” said Lucknow ADG Rajeev Krishna, who heads an SIT probe, launched on Tuesday.

The probe was launched a few hours after the arrest of the BJP MLA’s brother, Atul Singh Sengar, in connection with the rape and the girl’s father’s custodial death. Pappu was arrested on April 5 under the Arms Act following a scuffle, where he was allegedly beaten up by the BJP MLA’s other brother, Anil Singh. The four accused — Sonu, Baua, Vinit and Shailu — named in the FIR filed on April 4 by the mother were also arrested for beating up Pappu.

In judicial custody, Pappu’s condition worsened and was rushed to a hospital, where he died during treatment. Following the father’s death, the girl demanded for the accused to be hanged. “I demand that they be hanged till death. They’ve made my life miserable. I want justice. They killed my father,” she said.

Kuldeep Singh (Sengar) isn’t being arrested. I don’t know if his brother is arrested. I demand that they be hanged till death. They’ve made my life miserable. I want justice. They killed my father: Woman who has leveled rape allegations against BJP MLA Kuldeep Singh Sengar #Unnao pic.twitter.com/fHJBcjrj52

Detailing the findings of the autopsy report, ADG (Law and Order) Anand Kumar said on Monday, “The post-mortem conducted by a panel of three doctors concluded that the cause of death was shock and septicaemia due to peritonitis and ascending colon perforation.”

On Wednesday, during a meeting with Director General of Police (DGP) OP Singh, the BJP MLA’s wife Sangeeta Singh Sengar demanded a narco test, alleging that her husband was innocent. “There’s political motive behind this. Make my husband and girl (rape victim) undergo narco test. My daughters are traumatised. We’re being mentally harassed. No evidence has been presented yet, still he’s being labelled as a rapist,” said Sangeeta, who is also the Unnao zila panchayat president. Sangeeta also threatened suicide if her husband was to be found guilty. 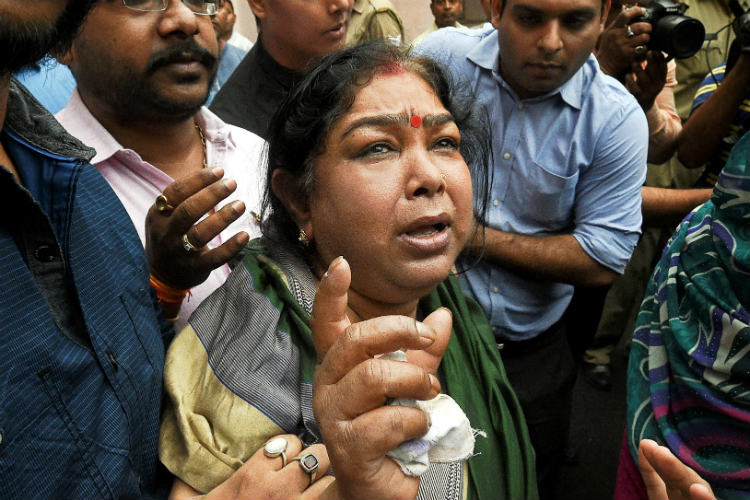 ALSO READ: Landlady Evicts Rape Survivor In Kolkata. Yes, We Are Still There!

The BJP MLA, who represents the Bangermau constituency, himself rubbished the allegations against him saying, alleging a conspiracy. Speaking to media, he said, “They belong to a low-status family (nimn star ke log hain)…This is a conspiracy by my opponents.”

In June 2017, two youths kidnapped the girl and took her away for marriage. She was later raped by three men, Shubham Singh, Naresh Tiwari and Brijesh Yadav. As per an Indian Express report, a case was registered on June 20 and the three accused were arrested. However, in her initial complaint, the girl never mentioned the BJP MLA, as per suspended Makhi Station Officer Ashok Singh. According to Singh, the family suspected that the MLA help the three men. He added that the mother of one of the accused allegedly took the victim to the MLA’s home, where she was raped.