Visiting the handsome ol’ Taj in Agra may mean different things to different people, but there is no justice done to a monument that picturesque without nailing that one perfect picture with it. With the enormous crowd, it may take a while though. But time is soon going to be a bit of a constraint at this World Heritage Monument as the Archaeological Survey of India (ASI) is soon going to limit your entry ticket’s validity to three hours at the Taj Mahal. Yeap! Three hours. That’s all you’re gonna get.

As per a public notice issued by ASI this week, the 3-hour time limit will be introduced from April 1. Reportedly, your tickets will now have time-stamps, which will be checked while entering and exiting the monument. “We will most likely require more manpower to check time stamps and levy additional charges,” an ASI official told TOI. 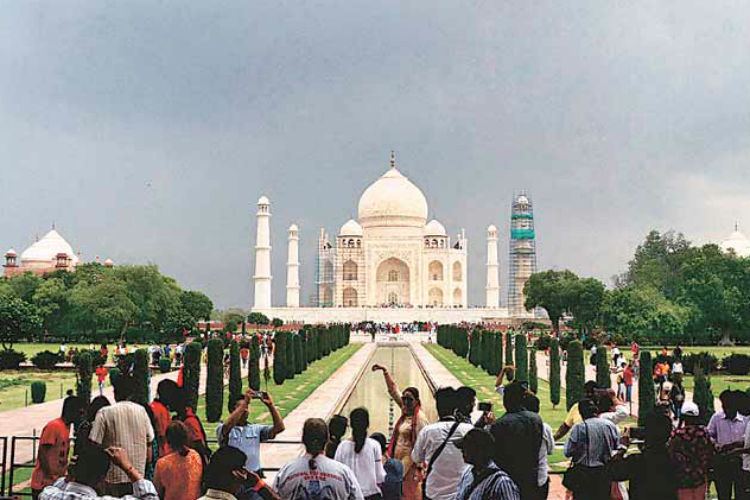 A crowd of visitors clicking photos at the Taj Mahal, Agra.

The move was introduced to better manage the horde of visitors that swarm the monument every day, which on some days, exceeds 50,000 visitors. Reportedly, some of the people who visit the Taj come early in the morning and don’t exit until the monument closes.

ALSO READ: Taj Mahal or Tej Mandir: BJP MP Vinay Katiyar refuses to give up on the debate

But if you really feel like those three hours are just not going to be enough, then you can shell-out a few extra bucks and ask for an extension. As per the report, the ASI is considering an additional hourly charge over the permitted 3-hour time frame.