The Taj Mahal controversy that brewed up a storm in October last year seems to have been rekindled once again. BJP MP Vinay Katiyar on Monday reiterated that Taj Mahal was a temple and the monument will soon be replaced with a temple and only the pillars will remain.

When asked Katiyar about the Taj Mahotsav that will soon be held between February 18 and 27, he told ANI, “Call it Taj Mahotsav or Tej Mahotsav both are the same. There is not much difference between Taj and Tej. Our Tej Mandir has been turned into a cremation ground by Aurangzeb. Taj Mahal will be converted into Tej Mandir soon.”

While Katiyar laid the groundwork for a fresh controversy, this is not the first time he has claimed that the Mughal-era monument must be torn down. In October, Katiyar had said, “It is Tejo Mahal. Taj Mahal used to be a temple of Shankar. Shah Jahan then buried his wife there. Hindu kings had built the Tejo Mahal. It was so famous that Shah Jahan later captured it.” 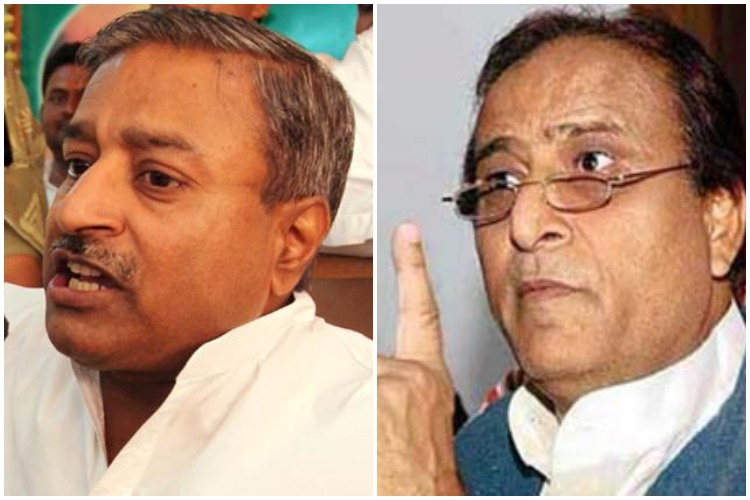 Politicians against the Taj

The Taj Mahal was dragged into an unnecessary controversy when many raised concerns about its removal from the tourism booklet circulated by the Uttar Pradesh government. Perplexed at the concern, BJP leader Sangeet Som said, “Many people were worried that the Taj Mahal was removed from the list of historical places in the UP tourism booklet. What history are we talking about? The man who built Taj Mahal imprisoned his father. He wanted to massacre Hindus. If this is history, then it is very unfortunate and we will change this history, I guarantee you.”

Som, whose recent visa application was rejected because of his involvement in the Muzaffarnagar riots, started the whole controversy around Taj Mahal. Soon after other leaders also joined in to call for the structure’s destruction. Samajwadi Party leader Azam Khan had said, “All the symbols of slavery must be demolished. That reek of the times when we were under their rule.” Despite the fact that the Taj Mahal is one of the seven wonders of the world, its relevance in India was vigorously questioned last year by several politicians, who refused to celebrate a structure that reminded them of the Mughal rule. This leaves the nation in a fix because if we were to stop celebrating monuments built under India’s rulers then we would have to give up our bragging rights for most of the ancient architectural marvels in the country.

The Taj Mahotsav has been a celebration of the nawabi culture in the Mughal-era for the past 25 years. However, this year’s opening act has seen a complete makeover as a dance-drama on Lord Ram is going to kick off this year’s event.

This calls into question if the aim of the Taj Mahotsav is now going to go through a complete change as we leave behind all the reminders of our oppressed past. The Yogi Adityanath government has, however, denied any involvement in the whole affair. The government authorities claim that the local administration officials are the only ones responsible for organising and deciding the theme of Taj Mahotsav.