Nearly three months after the Supreme Court declared instant Triple Talaq null and void, the Narendra Modi government is drawing up a draft law aimed to curb the practice which continues despite apex court’s ruling.

As per the provisions of the draft ‘Muslim Women Protection of Rights on Marriage Bill’, Talaq-e-biddat will be “cognizable and non-bailable” offence, that will invite a jail term of three years and a monetary fine.

The proposed law applies to instant triple talaq in “oral, written, electronic or any other form”. Additionally, it would give power to the victim to approach a magistrate seeking “subsistence allowance” for herself and minor children. The woman can also seek the custody of her minor children from the magistrate who will take a final call on the issue.

The draft was prepared by an inter-minister group headed by Home Minister Rajnath Singh. The other members included External Affairs Minister Sushma Swaraj, Finance Minister Arun Jaitley, Law Minister Ravi Shankar Prasad and his junior in the ministry PP Chaudhary. A bill to this effect is likely to be tabled in the winter session of Parliament, reports say. 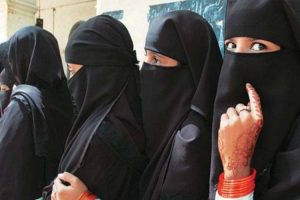 “The provision of subsistence allowance and custody has been made to ensure that in case the husband asks the wife to leave the house she should have legal protection,” a functionary told PTI.

Once the proposed bill is approved by Parliament, it will be adjudicate all cases of Triple Talaq across the country except Jammu and Kashmir.

Also Read: Even after SC voids triple talaq, this woman was divorced over phone

Meanwhile, Centre has sent the draft bill to the state governments Friday for their views asking them to ‘respond urgently’.