While LGBTQ+ activists are struggling to get IPC Section 377 quashed, homophobia continues to pose a real complication. In Ahmedabad, Gujarat, a lesbian couple killed themselves by jumping into the Sabarmati river after tossing a three-year-old girl, who was the daughter of one of the deceased, into it.

According to an official at the Sabarmati Riverfront (West) police station, the women reportedly left two suicide notes, one on a paper plate, and another scribbled across the riverfront’s concrete walkway near Ellisbridge, PTI reported. In the suicide note, the women mentioned that they had “distanced themselves from the world so they could unite, but the world did not let them live”. According to the report, the women worked together for a private company in Rajoda village of Ahmedabad district.

“The two women committed suicide due to complications arising out of their lesbian relationship,” the official said. The official added one of the women threw the child into the river before jumping into it with her lover, who was tied to her with a ‘dupatta’. The deceased were identified as Asha Thakor (30), Bhavna Thakor (28) and Megha (3).

ALSO READ: Why Three Teens Chose Suicide Over Facing Their Parents After Their CBSE Results

“Except for Asha’s brother-in-law, it seems the women’s other relatives had little idea about their relationship,” MS Singh, an inspector at an Ahmedabad women’s police station, told Hindustan Times. 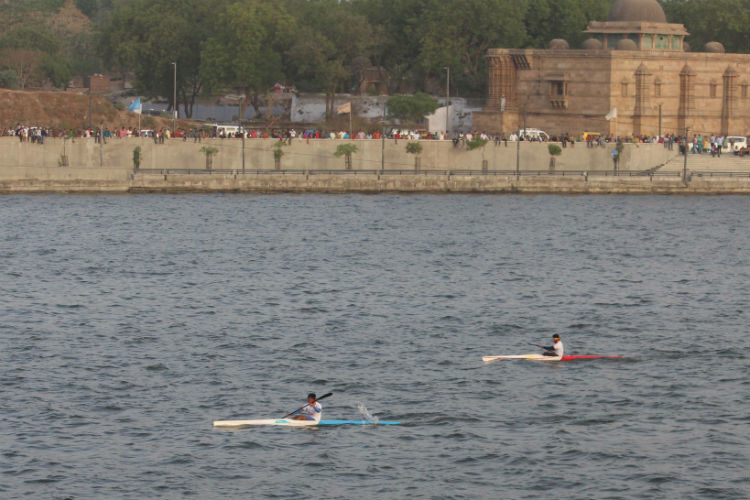 Their bodies were later retrieved from the river near Gurjari Bazaar by the fire brigade, The Times of India reported. The report added that Megha was found breathing when she was fished out of the river, however, she was declared brought dead after she was rushed to a hospital.

ALSO READ: Homophobia In Schools: Kolkata Teacher Alleges He Was Fired For Being Homosexual

“After community members took a strong objection to their relationship, they had decided to run away from their homes to get rid of societal pressure. On June 8, they left their houses with Megha to start a new life but ended committing suicide,” sources told TOI.

Asha, who lived in Ghanshyam Residency in Bavla with her husband of 10 years, had two daughters — Megha and another aged six. The other deceased, Bhavna, lived in Rajoda village near Bavla and had two sons aged 14 and 13. She had been married for 15 years. Both women had had arranged marriages.