Splitsvilla has been renewed for the tenth season and is currently being aired on TV as well as apps. The show, hosted by Rannvijay Singh and Sunny Leone, comes with the intention of helping young boys and girls find their match. It goes with the tagline – ‘Catch your match’. The format of the show is such that it puts the women and men in the same house (well, they don’t need their Aadhar cards to enter the house, unlike most hotels in this country), with the mantra that healthy intermingling of men and women can never be a bad thing. The problem, however, is that there is nothing healthy about this intermix.

After watching the first episode of this much-hyped show, I realised that the show has a two-pronged strategy to garner TRPs. The first is the objectification of men, as is evident from the overdose of shirtless men on the show. Second, which I found to be the most hideous of all strategies, is its tendency to play on women’s insecurities and make the women fight over men.

And how about the mindless tasks the contestants are made to do?  In the first episode, all the girls were made to sit on chairs after putting on masquerade masks. How a tiny piece of the lacy mask would have helped in hiding their faces is altogether a different question. 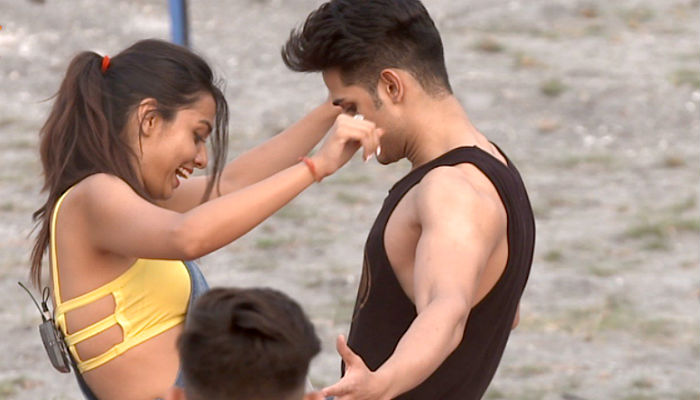 Then the boys were paraded before the girls. Shirtless men with perfect abs emerged out from the smoke. All the men, shirtless, flaunted their bodies, struck poses and tried to score points over each other to win the woman. The women had to swipe left or right. They barely had a few seconds to judge if the man in front of them could be a potential ‘connection’. The man who scored most on the test earned himself a date with girls who liked him. 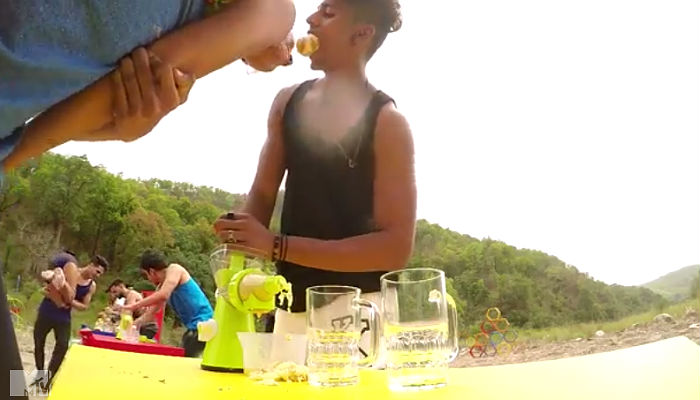 If you thought this would be the peak, you are mistaken. The charade did not end there. In one of the other episodes, men were made to stand in the middle of a ground. Women were divided into groups of two and as soon as Rannvijay said ‘Go’, one woman in each team planted kisses all over the man’s body. Barring the front torso, lips and below the belt, the two women were allowed to kiss wherever they could and leave their lipstick marks. The woman who managed to plant the maximum number of marks at the end of 60 seconds, would win the task.

The task made these men feel like a “stud”. They gloated on camera how nice they felt about getting kissed by so many girls. The only two men who did not get the ‘golden opportunity’ to get kissed by women said that their chiseled body had gone to waste as no one had kissed them. *rolls eyes* 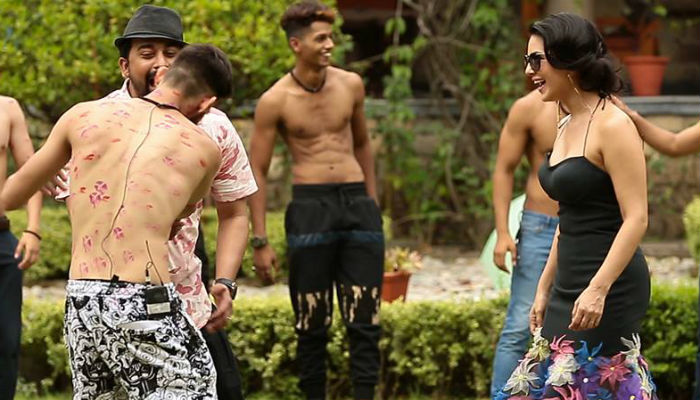 Apart from objectifying men’s bodies, Splitsvilla also plays on women insecurities. It is promoting the culture where women need to seek a man’s validation to understand how beautiful they are. One female contestant of the show said she did not want her ‘connection’ to see her without makeup because that would break the bond. Like seriously? For a show which has an immense fan following, shouldn’t Splitsvilla be held responsible for planting thoughts of self-doubt in women?

Just when hoped that the makers of Splitsvilla would put brakes on their thinking, they went ahead and did something even more bizarre. After the ‘judge a man in seven seconds’ round, women went on dates with the men they had liked. So, we had one man out on a date with six women and another with seven. Dressed in their best clothes and having put on perfect makeup, these women were trying hard to gain the man’s attention. This was a classic case of pitting women against each other, all for the notice of a man. Except for two women, who bonded with each other well, all the other women contestants seemed to dislike each other from the word go. One contestant used the word “crazy” and “psycho” to describe her co-contestant. While at the outset, the show tries to promote itself as a platform to help young people find their “connection”, it seems more like a war zone where women are out to outdo each other in meanness and pettiness.

Also read: Rebirth to near immortality: 10 absurd things we are tired of seeing in Indian TV shows