There is one question even the most enlightened haven’t been able figure out. Pundits, despite repeatedly racking their brains, are yet to come out with a satisfactory answer to the most complex question that looms in the universe (okay maybe only in my universe, but anyhow): What is it about Shah Rukh Khan that not only makes young women fall for him, but gets even the grandmothers to blush? What is it about the actor that many of us find him flicking his charm even in our dreams?

He is no Salman Khan, who combines a great body and good looks and awes with his machismo. He is no Hrithik Roshan either, who can just walk into a room wearing glares and can have a pick of any woman present, if he so wanted. Yet, at 51, Shah Rukh Khan continues to be the king of romance. How does he get our feet swooning and heart waltzing every time we see him on the big screen?

I got a hint at the answer when I interviewed Shriya Pilgaonkar before the release of Fan. I asked her why she was a fan of SRK to which she said “he has that much love to give back”. But is that it, because he is humble? Because he is a bottomless well filled to the brim with love that fans like me and Shriya shower on her? Well, for a few that may have been the answer, but i tried to dig deeper.

I may not have all the answers (for that i would need to talk to the God of silver screen himself), but i tried my best to figure out the top five. Here are the reasons why King Khan swoon our hearts and makes us go gaga over his every move:

They say chivalry never gets old and Shah Rukh seems to be following just the mantra in real life. The star gives a lot of thought to gentlemanly traits like opening the door and pulling the chair for any woman accompanying him. But he doesn’t take the credit for it. SRK says since he worked in so many love stories, he gained a fairly good understanding of what women desire. And that he respects them more than anything else. 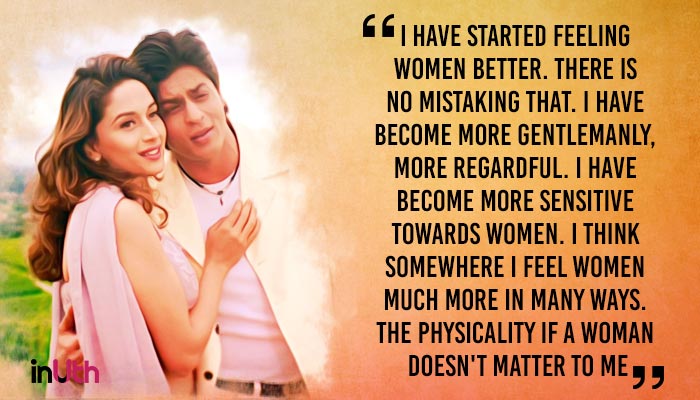 Shah Rukh Khan and Madhuri Dixit in a still from Dil To Pagal Hai (Treatment By Inuth, Chetan Kamal)

“Some of the love stories that I’ve done have done so well, people have loved them for years, so ek maahol sa ban gaya hai (there’s a feeling about it). I love doing love stories… I am no longer a lover. I am love. I feel it in a good way, not being pompous. I feel it, understand, like to analyse it, sense it and somehow that comes through movies.”

After spending so many years romancing women, it might surprise you but he has no set definition of love. The actor says he is like an empty vessel and fills himself up with the kind of love that the director wants him to portray. And this is why women love to see him fall in love again and again, and in turn fall for him over and over again. 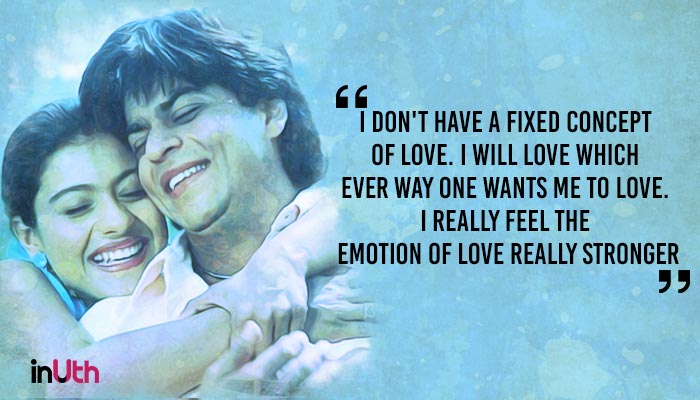 Who else can so beautifully romance the spirit of his dead girl friend with the deftness of a pianist?

Or make us believe that he creates music with raindrops 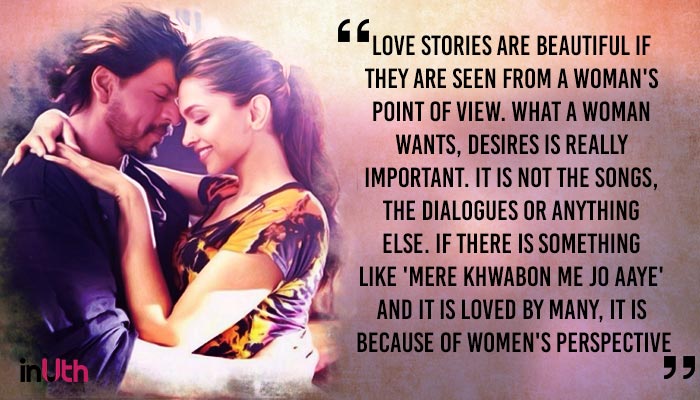 Shah Rukh Khan is humble enough to admit that love stories work only when they are told from the woman’s perspective. Be it a Kajol dreaming up the mysterious man who would enter her life or Madhuri Dixit’s eternal wait for her lover – these popular love stories gave importance to expression of female emotions. Don’t forget, it is to satisfy Tani’s desire of living a colourful life that Suri lives a dual life. The idea is always to make the woman fall in love by going out of the way and never forcing either his idea of love or his manhood. 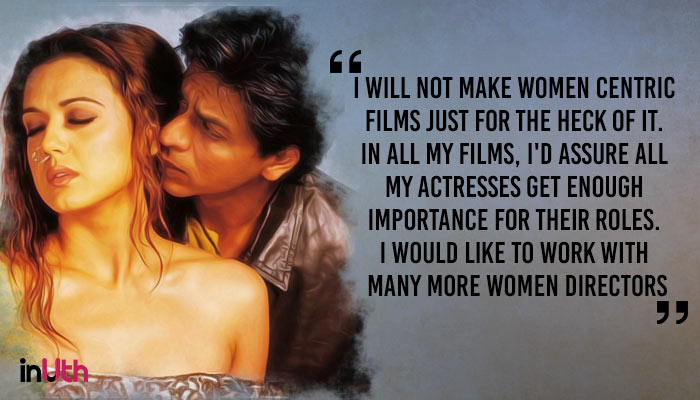 Shah Rukh Khan is one of the few mainstream actors who is taking progressive steps so as to give prominence to her female co-actors, for whom he always speaks with great admiration and respect.

Here’s what he had to say about Alia Bhatt:

Alia is too good too soon. I don’t want her to get trapped in just doing great acting without experiencing everything in Indian cinema. If you become too good too soon, you may have inhibitions being bad at times. It is wonderful to be bad at the time. Pressure is there either way. I heard that compliment and we have spoken about it many times. I feel overwhelmed when he says something like that to me.

And his admiration for Anushka knows no bounds:

There are two actors- one is Kajol, one is Anushka. I am not comparing, but I didn’t think they are doing much as actors. I come from theatre and I have an overtly larger way of enacting. Therefore, when I saw them acting, I did not realise how good they were. Then I see them on screen and I am like, they were not doing anything, but it looks so good now!

He is the only actor who feels the female lead’s name must come before his name in the credit roll.  In an industry, where men have always been treated as bigger of the two sexes, Shah Rukh sets an example for all. He also is open to working in less prominent roles in women centric movies. He beautifully essayed the role of Jehangir Khan in Dear Zindagi, which was essentially a movie about the lead’s actress’s struggles.

His dimples and his intense eyes 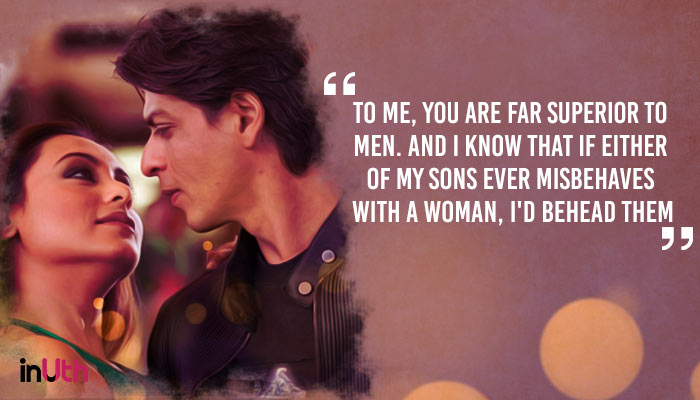 Well, he may not be a Greek god, but with intense emotions like those he expresses and the cutest dimples a guy can posses in the world, it is impossible not to fall in love with him. I’m a self confessed adorer of this man but i’m sure i’m not the only one.

There is no one reason to love Shah Rukh Khan but what is your reason not to love him?