A young Bollywood actress was allegedly molested by a male co-passenger on board Air Vistara flight UK 981 from Delhi to Mumbai. The 17-year-old shared her horrifying experience through an Instagram story. She mentioned how a middle-aged man sitting behind her kept caressing her neck with his feet and even as she complained to the airline staff, no action was taken.

According to the Indian Express, the actress broke down while sharing her ordeal during Instagram live and said,

I just landed, the whole irony of this that I yelled… and this is not done… this is not how you should be treated or made to feel… this is terrible. This is how they will take care of girls? No one will help us if we don’t decide to help ourselves and that is the worst thing.”

She bashed the airline for being unsupportive and recounting her horrifying experience in detail with Instagram texts. She said she tried recording the entire incident on her phone but because the cabin lights were dimmed she was unable to do so, however, she managed to get one shot. 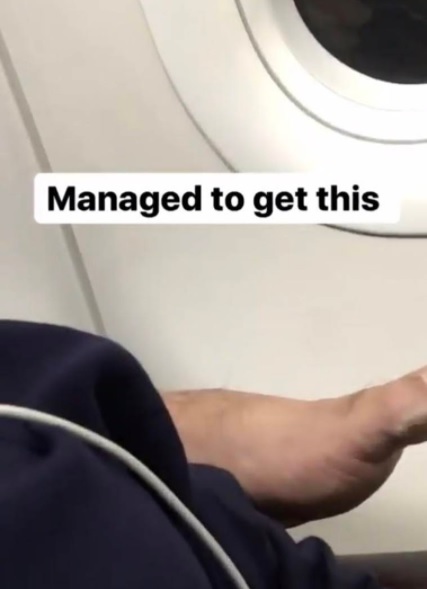 Further, she said that everything was okay until she felt somebody brushing against her neck while she was half asleep. According to the victim, the man was ‘unable to sit like a civilised human being and put his foot on her armrest and then PHELAOED his body on his seat’. And, as all of us usually do, she also ignored it at first. But soon she found the foot caressing her back and neck. 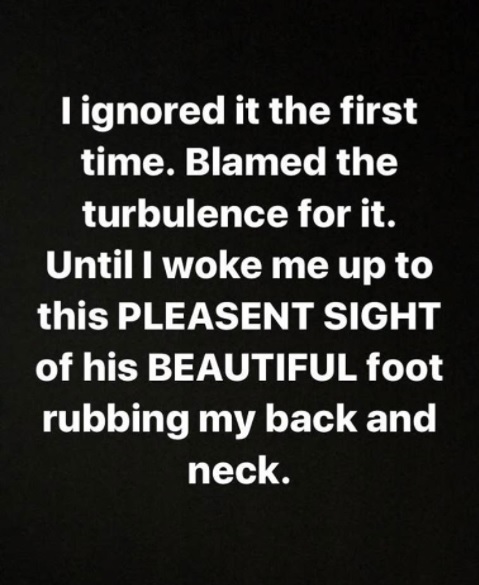 Even as she tried to record what was exactly happening, she failed to do it due to inadequate lighting. 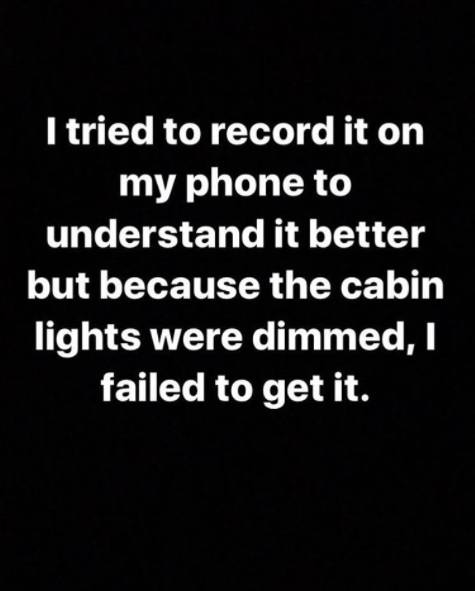 With no shame whatsoever, the man went on for about 5-10 minutes. 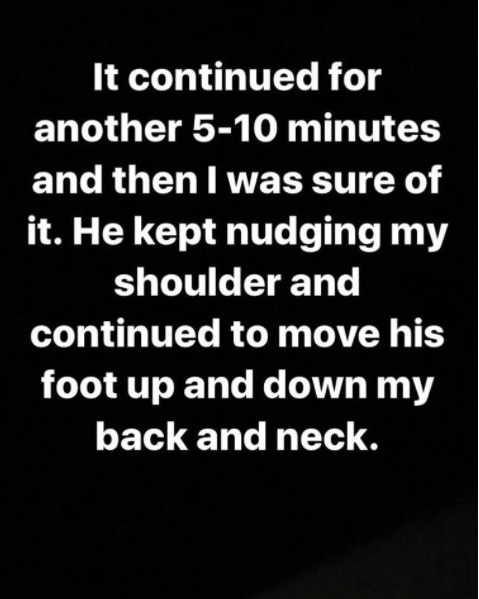 According to the report, she complained to the airline staff about the entire incident but no one came to her rescue.

ALSO READ: ‘Fan’ demands a kiss from actress Adah Sharma, goes on a now-deleted Twitter rant after she refuses

However, Air Vistara took to Twitter to clarify its stand and later apologised to the actress saying that they have “zero tolerance for such behaviour.”

Maharashtra State Commission for Women chairperson Vijaya Rahatkar termed the incident as ‘extremely shameful’ and demanded an inquiry by DGCA.

MSCW will also coordinate with Mumbai police to look into the matter immediately. We are also asking the DGCA to intervene, requesting him to personally look into the issue. Most importantly, my humble appeal to the people. Such incidents can be averted if the public at large shows some sensitivity & alertness. We, as a society owe it to our daughters!