While actresses getting mobbed for selfies is sadly a common sight, what happened with Adah Sharma is absolutely ridiculous. The actress was ‘asked’ for a kiss by a 30-something man during a confrontation and when she sternly refused, strangely he was the one who got angry and offended.

Talking to a leading daily, Adah said that the incident occurred at the airport where she was boarding a flight to Goa from Mumbai. She said:

It was there that this 30-plus, married man asked me to kiss him publicly. His audacity to ask me to kiss him was shocking enough. But even after I said ‘NO’, he had the gall to ask me, ‘Why? You kissed in Commando 2 and also had a 1-hour-45-minute kiss in Heart Attack. I’m like your brother or father — what’s the big deal? I’m asking to kiss me on my cheeks. 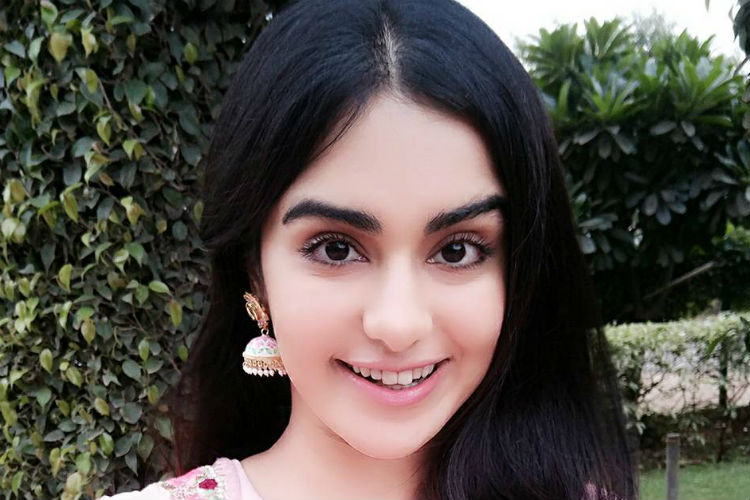 Also read: Why the nasty new trend of shaming celebrity mothers needs to go away

Apparently, Adah let it go then but the ‘dejected fan’ took to Twitter to shame her and strangely found several supporters. Some went so far as to call her a ‘man-hater’. She then took to Twitter to vent out her anger and hit back at the trolls.

I have never had a twitter outburst in the 3 yrs that I’ve been on twitter but accusations of “being insulted” for not being given a “HARMLESS KISS” have provoked me. I speak for a lot of girls here when I say the following …

A kiss for me isn’t harmless!You say “what’s the big deal” well who are u to decide what deal is big and small for me?Deals aside,I want to choose who I exchange saliva with or whose cheeks/other parts I plant my lips on! Or who I want to make eye contact with too.(Male/female)

If a boy meets me for the first time and asks me for a KISS on whichever part of his anatomy, REPEATEDLY he would at most times get punched,slapped or kicked in his groin. If your penis is intact consider yourself lucky because my kicks are precise and lethal.

I might expose my knees and elbows and OMG! I showed off my spine and my shoulders too! But that doesn’t mean I’m expected to have any physical contact with any human under complultion.(Physical contact could even be handshakes btw.)

Bhavana Reddy kissed in a public place in Commando2, Hayaati had a 1 hr 45 minute kiss in Heartattack but I’m Adah Sharma am NOT THEM!!!i’m happy my performances convince you that I am these people but the real me reacts,dresses,breathes,lives differently

P.s. I love boys, men and i have nothing against the male gender of all species.I have some wonderful men in my life my dad, grandad,friends,directors, actors I’ve worked with.This isn’t an anti men thing 🙂

Consent is key, guys. Or do you not understand the concept still?