He is often dubbed as a typical masala film actor. He can dance well and can do some serious action flicks as well. Critics continue to berate him, only to be stumped by a serious film like Badlapur. That’s Varun Dhawan for you. In his four-year-long career, he has earned his own fan following which continues to grow with each pass time. And guess what, he turns 30 today.

Varun Dhawan’s Badrinath Ki Dulhania hit the screens on Holi this year. The actor was paired with Alia Bhatt in this Shashank Khaitan directorial. Produced by Karan Johar’s Dharma Productions, the film is the sequel to 2014 hit Humpty Sharma Ki Dulhania.

Varun’s performance in Badrinath Ki Dulhania is that of an actor who knows he is a star and he has duty to deliver good content to his fans. He plays Badri with so much of effortlessness. From picking up the UP accent right to being the jilted lover in the film, his performance in the film looks like a carefully balanced where. The actor seems aware that here, even when he is stalking a woman, it should not enraged the viewers. Rather, his character garners sympathies from the audiences for being emotionally at loss. 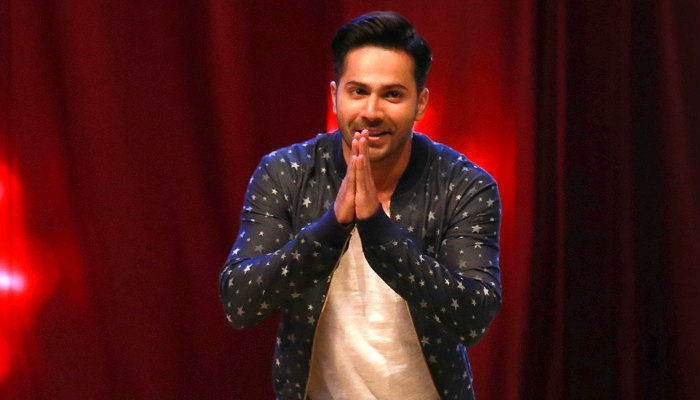 Yes, Varun’s choices of films have remained more with the commercial tadka in it — heavy dialogues, songs for every moment, larger-than-life action and rom-com. But by his own admission, he had always chosen films which leave viewers with some thoughts. In his defense, while interacting with me in Jaipur during the release of Dishoom, a thoughtful Varun had told me that he wants his audience to gain something from the films he does. He said:

I want my audience to take back something from my films. I choose films and characters which talk about emotions. I am not saying to boast anything about me, but I try and put as many efforts as I can and as much thoughts as I can before performing any scene, be it comedy or intense. Before getting into the skin of my character or before doing any scene, I try and ask myself how would my viewers perceive it. I try to do the kind of work that does not only entertain people but also leaves them with some thoughts.

Director and choreographer Remo D’Souza, who has directed him in ABCD 2 says that Varun’s conviction and hard work towards his characters are unmatchable. Talking to InUth over the phone, Remo mentioned an incident about Varun from the shoot of his film. He explained:

When I signed Varun for ABCD 2, I had told him that he had to behave like dancers and he can’t behave like a star on the sets. From the very next day, he stopped going into his vanity van and he used to sit with the real dancers on the sets, used to spend time with them and I think that hinesty actually made the film a success. He is not a star. He knows that he has talent and he is constantly finding ways to polish that.

When asked whether it is justified to compare Varun with Salman Khan, Remo said that Varun cannot be compared with Salman Khan because he is a combination of both Salman and Govinda. He said:

He has got that lethal combination of Salman and Govinda, and for any actor, to have such a combination is incredible. 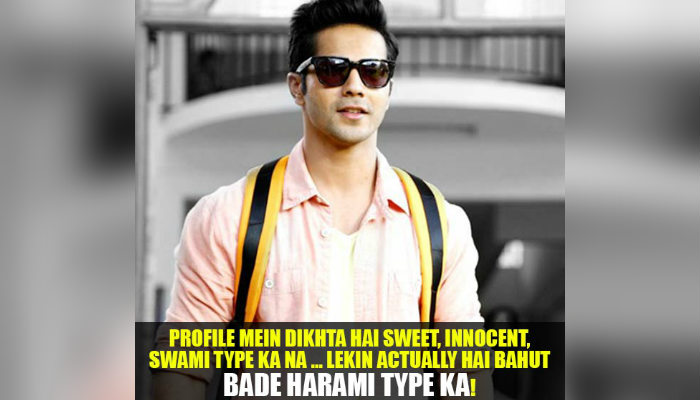 Shashank Khaitan, who has also directed Varun in Humpty Sharma Ki Dulhania, apart from Badrinath…, swears off the actor’s hard work. He says that Varun’s rehearsal for even a comedy scene is too serious. Talking to us, Shashank mentioned:

You offer anything to Varun as a writer, director, he does to the best of his ability. I feel all his performances — comic, intense, action or romantic, are backed by a lot of hard work. He never takes any of his scenes for granted. Even when he does a comedy scene, he takes it very seriously. He tries to understand every detail from timing of comedy to the depth of his character. Varun is an actor who constantly wants to better himself.

But Varun still has that chocolate-boy image. Wouldn’t that hamper the growth as an actor in future? Shashank answered:

Badlapur had broken than monotony around him. Varun’s hard work makes him an endearing person.

Here’s another incident in a series of tweets with a friend that would sum up why actor Varun Dhawan is on his way of being a true star.

Near @SrBachchan‘s bunglow today, I saw a two bikers stopping next to a Audi, and asking the person inside for a seflie.

The guy inside, pulls down the mirror and obliged the fans with a selfie. Curious to know who was inside the car, I went ahead and stopped

As I look towards my right, I see @Varun_dvn sitting. I waved at him and he reverted to it with a smile.

Simply bowled over his down to earth nature. Apart from being a good actor, @Varun_dvn is an grounded guy, which would take him to places!

Have seen so many actors who are skeptical to put down the glass, but being a PEOPLE’S STAR, @Varun_dvn did it 🙂 Great Job Buddy

Whenever I can I love doing. Love the title PEOPLE’S STAR but still need to do a lot more work to get there https://t.co/jiiF1Cic3z