She played a fabulous woman, a housemaid who goes to an extent of enrolling herself in the same class as her daughter to make sure she gets the best of education in Nil Battey Sannata. She also played a princess who fights for her rights and doesn’t bow down to acceptable royal behaviour in Prem Ratan Dhan Payo. Actor Swara Bhaskar has remained fierce in her stances both on-screen and off-screen. By her own admission, she belongs to the bunch of actresses who are vocal and do not believe in speaking lines politically correct.

Currently gearing up for the release of her first solo film, Anarkali Of Aarah, Swara is hopeful the film brings a change. She said that even if the film leaves the audience with certain thoughts about her character, she would feel satisfied.

Swara plays the titular character in the film, a woman who is a stage dancer and belongs to a small town in Bihar. Her journey is her fight against the injustice and to change people’s perceptions towards a girl who does item numbers. She calls this film a ‘brave choice.’ She says it’s brave because the makers of this film are all male.

The actress, whose last on-screen outing was received well by the audience, was in the capital to play Holi and also to talk about her film. Talking to InUth in a conversation, Swara mentioned how Anarkali of Aarah has a fine balance of glamour and emotions. She said: 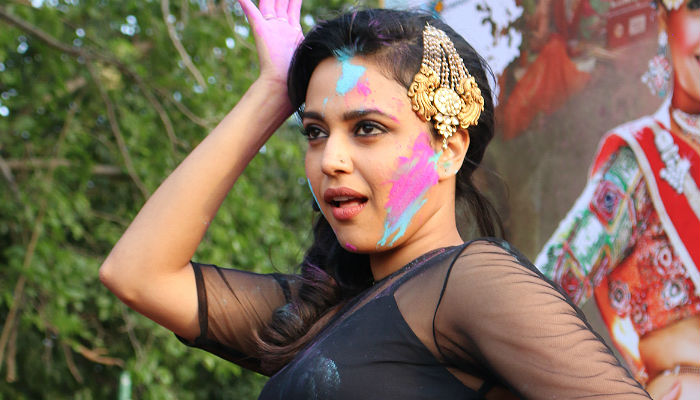 What are the things that you are carrying along as Anarkali, apart from this paasa (the head jewel)?
In my heart you mean? (laughs)

I think Anarkali has been a very transforming experience for me as a person and as an actor. As an actor, it’s been one of my challenging roles. I am a full on urban child. I’ve never been to Aarah. I’ve never done the performance of this stature. I had never seen a wedding where such things happen. So, I had to build that from scratch. It’s been a very intense experience, very volatile in terms of both shooting and the process of doing it. There are two things of Anarkali that I still carry with me. One and unfortunately it’s her anger. Anarkali is a character who is very angry about injustice and about what is wrong. She has this fighting spirit. So, I think that fighting spirit is something that remains with me.

How is this Anarkali different from the Anarkali that we all know?

The Mughal-e-Azam Anarkali? The amazing Anarkali who was entombed alive.

That poor Anarkali was entombed alive. This Anarkali is still outside. She was sacrificed and this one is somebody who will not be sacrificed.

Does being an actress empower you as a woman as well?

For sure. I don’t think actresses are more empowered than any other woman. I think empowerment is a choice and an active effort. You have to also work at it. Like any other working woman, even actresses are empowered. I think a woman like my maid, who work very hard and earn an income for their family, try to educate their children. Like the character, I played in Nil Battey Sannata. Chanda is a hugely empowered character.

I think what is nice about actresses is that we are, and it’s kind of a trend, that the whole bunch of us are a lot more vocal, politically vocal. We put our view very frankly and we react to things. We are not okay with just being labeled as a glamour girl. 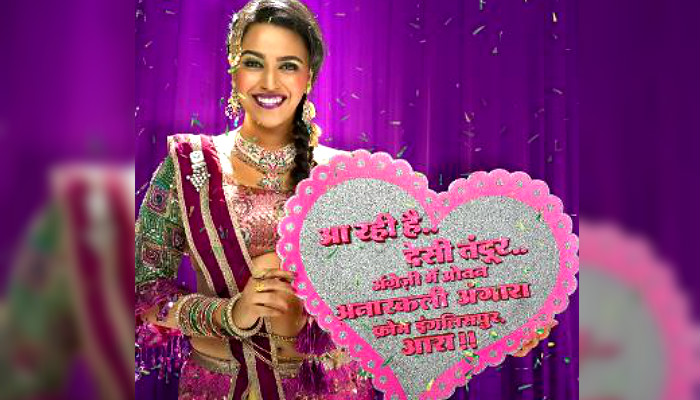 When you play a character like Anarkali which is about breaking stereotypes, how do you see your journey ahead? Do you think that you should keep playing such characters both as a woman and as an actress as well?

I think every character that I have done has been, in some sense, a very strong woman. Even if it is a something like a family story — Prem Ratan Dhan Payo. Chandrika was very conscious about her rights and about how she should get what is her due. That is definitely a conscious choice. As an actor, you should try and play every kind of character. Maybe someday I get a character who’s very weak and I’ll still play that. But, the intent is important, like what is the intent of the story.

What is women empowerment or feminism for Swara Bhaskar? Who is Swara Bhaskar actually and where she is going post Anarkali of Aarah?

Swara is an unapologetic feminist. When people say things like ‘I am not a feminist’, my response is usually ‘why not?’ As far as women issues and feminism are concerned, it’s not just a fight for women’s rights or women’s equality. It’s a fight for people’s equality and people’s rights. Feminism is also about giving men the right to not have to be weighed down by masculinity. It’s very important to understand that. There’s a lot of misunderstanding around feminism. From here, I hope that I keep doing the kind of good work that I have so far been able to get.