Director Shoojit Sircar released the first look of the Varun Dhawan-starrer October. A romantic drama and an unusual love story, the movie will arrive at cinema halls on April 13, 2018.

Debutant Banita Sandhu would star opposite Dhawan. In the first poster released today, Varun Dhawan looks glum, lying on the grass staring at trees. As Sircar declares in his tweet: “My favourite past (sic) time watching trees”.

October will be Varun Dhawan’s first movie this year, the other one being Yash Raj’s Sui Dhaga opposite Anushka Sharma, which will hit the screens in September. Dhawan delivered two commercially successful movies last year — Badrinath Ki Dulhaniya and Judwaa 2. 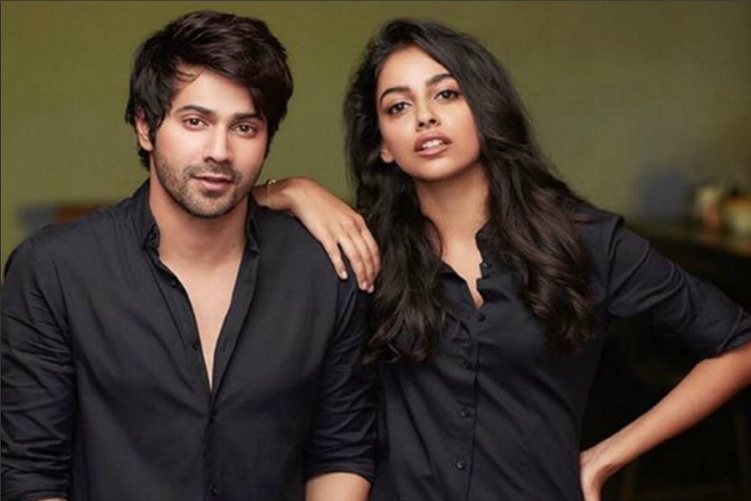 Shoojit Sircar, who shot to fame in Bollywood with his critically-acclaimed directorial debut Yahaan (2005) has directed box office hits like Vicky Donor (2012) and Piku (2016). October is his sixth Bollywood movie.

The director has already started shooting for his seventh movie. Based on the life of revolutionary Udham Singh, who assassinated General Dyer (Reginald Edward Harry Dyer) after he carried out the brutal Jallianwala massacre in 1919, the cast of the movie is still to be decided. Denying reports of casting Ranbir Kapoor for the titular role, Sircar told PTI:

“I am making the Udham Singh biopic, I’m already in the process of it, I’ve started shooting few clips also. The cast has been more or less locked, I’ll be letting it out soon… But Ranbir isn’t there. We are friends, we played football together so we have meetings together. We talk about cinema and other things, but no. If something happens with Ranbir in the future, I’ll let you know.”

Also read: Shoojit Sircar finally clears the rumours of working with Shah Rukh Khan in his next film

Also read: After Badlapur, Varun Dhawan to show his dark side again in Shoojit Sircar’s October