Chak De! India, a film that is hailed to be one of the finest films to have come out of the Indian cinema, completes 10 years today. The Shah Rukh Khan-starrer broke several stereotypes upon its release and showed us the mirror with the way we perceived the Indian Women Hockey team.

To celebrate 10 years of the iconic film’s release, we spoke with its director Shimit Amin at Yash Raj Studios in Mumbai, wherein he talked about the idea of making Chak De! India and how Shah Rukh Khan slipped into the character with ease.

How did you conceive the idea to make a film on Indian Women Hockey Team?
The story of Chak De! India was incepted from a newspaper cutout. So, you could say that the real stories exist in newspapers or all around us, and it’s just about spotting them. Your inspiration could come from anywhere. It depends on what moves you, and Jaideep was moved by this idea of an incredible achievement he read in the newspaper. He also felt that the article it got in the newspaper was kind of small for the profoundness of the achievement, for what those players had accomplished. So that’s what ignited his passion. So, the story can exist anywhere, and it ultimately depends on what moves you. I wasn’t moved initially by it. But after Jaideep started researching the story, the final characters he came up with moved me immensely. More than the story, what moved me were the characters.

Were you involved with Chak De India right from the beginning?
Chak De India happened because of Jaideep. I will tell you how Chak De India actually happened. Jaideep read this article when he was working on Bunty Aur Babli. He pitched the basic idea to Aditya Chopra and he thought it was a fantastic idea. Aditya Chopra called me saying that there is this film on hockey that he wants to make and I was just thinking how would I make this as I am not interested in hockey. I am not a sports guy nor did I know how to make commercial films. I was skeptical when I went to meet Jaideep but I remember the moment when he explained me the back story of all 13 characters from the film. There was this incredible backstory he created for all characters and that is what got me hooked. I had never seen characters like these on screen and that excited me. He was developing it and I was researching about hockey at that time but I still wasn’t sure how would I be able to direct the film. Then, I went to Delhi to watch a hockey match and met a few players. 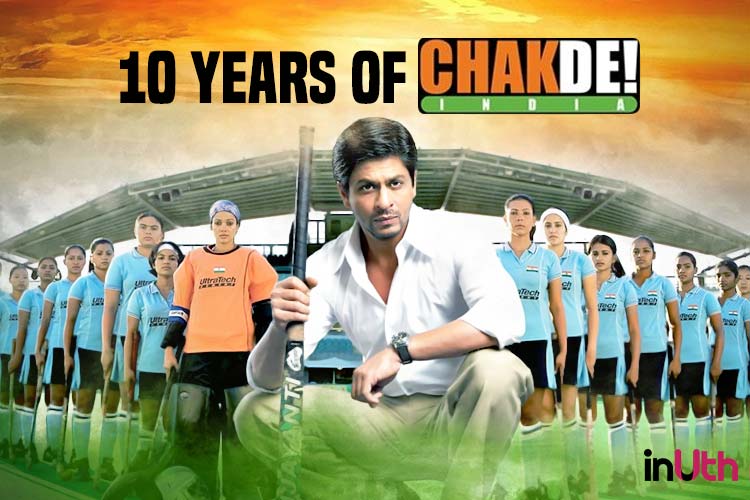 Shah Rukh Khan in a still from Chak De India

These women started coming out and I was moved by their spirit. The girls were completely opposite than the Australian players. The girls had come from a different background but as far as Australian team is concerned, we couldn’t differentiate between the players. The Indian group was all diverse and from that point of view, I felt something but before that, I wasn’t sure. The feeling that I need not screw it up for the players. I knew that a film like Chak De! India needed a scale. It wasn’t meant to be a small budget film. It was planned as a mid-budget film with a star so that people will talk about it. Even if the film fails, there will be at-least 5 articles about it due to the star.

I can never judge the influence it’s had because when you make a film, you never know how it’s gonna work. I have been on both sides of the fence – when films have worked and when they haven’t. So, in truth, we had never accounted for how big the film became. It was made primarily because Aditya Chopra really believed in it and supported it financially. 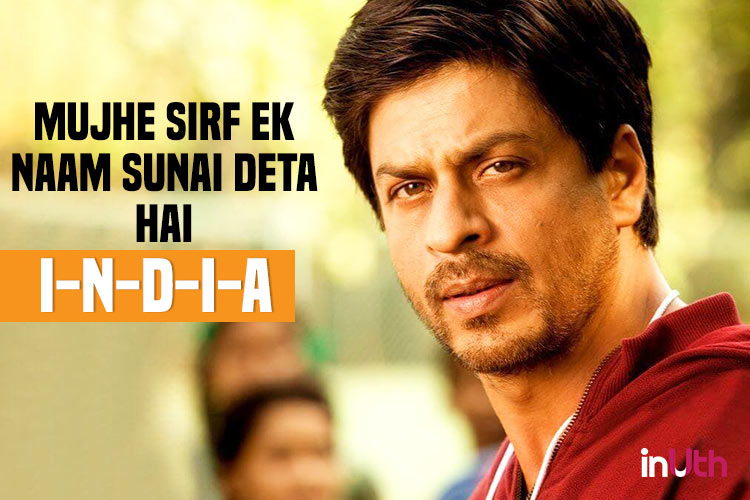 Was there a conscious effort on your part to make the matches look real?
When I first looked at hockey, I realised there is this depressing thing about the sport (due to the camera angles) and nobody wanted to watch hockey. I analysed a little bit and realised there are no characters in hockey. In cricket, people know who the captain is, but in hockey people didn’t realise who the captain is because of the way the camera captured the sport. The top angle shot was not interesting. The ball speed is so fast that no trained camera person can actually follow it. In football, the camera person can predict where and at what speed the ball is going, but in hockey, that’s not possible. The ball goes faster than your what you imagine. So hockey was always captured in the widest possible frame so that you don’t miss out on the action.

The coverage was very boring as you never get to feel the tension at ground level. I felt to break that and make the sport exciting. I wanted to make people be with the players on the ground. When I saw how fast the sport was, I knew it would be difficult to capture the entire game.

It hits back faster than a football and cricket as well. In cricket, you can see guys waiting to catch the ball. There is so much going on in hockey and I had to figure out how to break down the pace. I had to slow it down a bit so that the audience can sink the moments of the film.

How much was Shah Rukh Khan’s contribution to the film at the script level?
He never changed the script because he was always on board with our vision and once he saw the cast, he perfectly understood the direction the film needed to take. He is very smart that way. He understood how the film needed to look and the kind of faces that needed to be in it. The only tweaks he added were one of two fun lines among the dialogues, which actually worked better for the film.

Was Shah Rukh Khan cast in the film to make it commercially viable?
We had a budget that was considerably (huge) for the kind of film we were making. We had to elevate the film a little bit. Shah Rukh Khan, of course, fits (in) the film beautifully but we always wanted to make a commercial film. We wanted people to enjoy it.

We wanted young kids to love it. We don’t have enough material for the kids and I felt that we need something to make sure that the kids would love it and there is no denying the fact that kids love Shah Rukh. 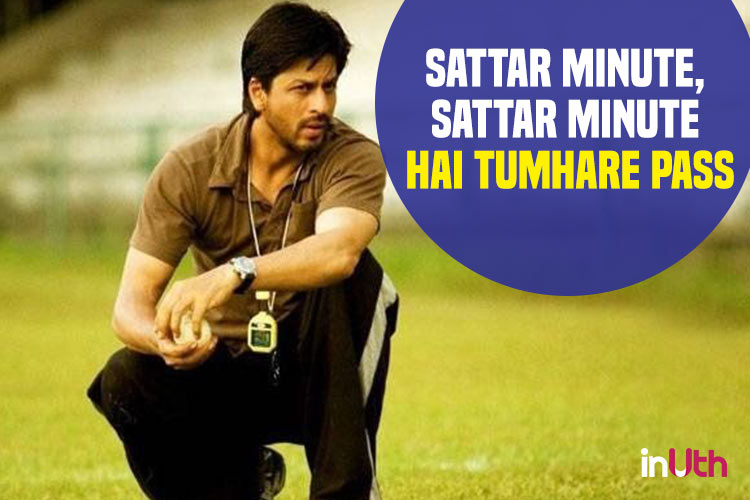 It has been 9 years since the release of Rocket Singh. What is next?
I tried to make two or three of films after Rocket Singh, but their timing wasn’t just right. I am into advertising now and am doing a lot of ads, which I am happy to do. At the same time, I am developing some film projects but it is just been tricky to go through with them. Taking Chak De! India for instance, it was a very unusual and risky film for its time, particularly considering how many unknown faces it had. So, it was a huge risk to invest money in that film even though it was commercial in a sense. And the projects I am conceptualising now are also similarly commercial yet complicated, so that’s why they are taking the time to take off. But, I will hopefully be announcing film next year, which will be with YRF.

Who all among the film makers have been your inspiration?
Among erstwhile classic Indian filmmakers, Satyajit Ray has been the biggest inspiration for me while from mainstream cinema, Manmohan Desai has been a huge influence. I love Manmohan Desai. After all, what is Chak De! but a Manmohan Desai film? Chak De! India is like the Amar Akbar Anthony of modern times.