He is a newbie in Bollywood but has already made the experienced ones in the industry sit up. Actor Tahir Raj Bhasin debuted on-screen as the villain with a YRF film and hinted at a promising stint in the industry.

Two years since his first film, Mardaani was released, the actor is back with yet another negative role. This time, in Force 2, which also features Sonakshi Sinha and John Abraham in the lead.

Tahir talked to us in Mumbai about his second film and how easy or difficult was it to play a villain once again. He mentioned that he might have played the similar kind of character in his previous film but Force 2 gave him a new kick. He said: 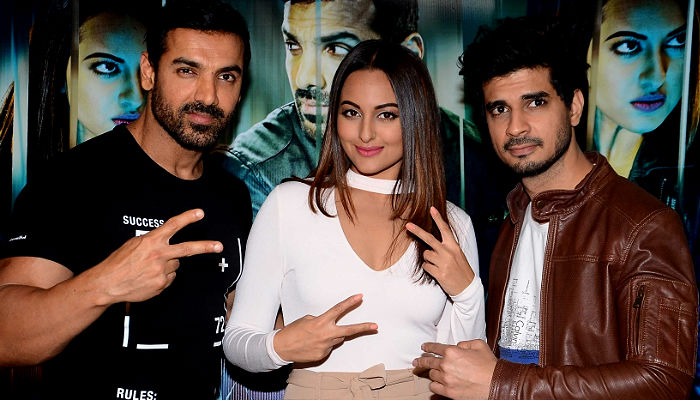 They both are extremely different parts. There is a bit of surprise (in Force 2) and you have to wait and watch for it. In Mardaani, the character was dark, it was a lot more gritty and this (Force 2) is lot more into the grey space. He has a sense of humour, sarcasm. He is lot more open with his protagonist. It is also an agile film. This guy is fashion conscious, surprisingly he does not like violence.

Even after getting a good response for his work in Mardaani, it took Tahir a lot of time to come up with a new film. But the actor says that he does not have any qualms about it as he believes that it takes time to make quality films. Talking about the same, he said:

I didn’t want to do something similar to what I had done earlier. Secondly, I believe that if you make a quality film, it takes a little bit of time. We started shooting for Force 2 in September last year and it took us a whole year to finish the film. It is a fantastic opportunity to work with John Abraham and Vipul Shah. It is a spy action film which is for me is like a boy’s dream come true. I have grown up watching Mission Impossible and films like that and this is in the same genre which is why I am excited for the film.”

Many actors who get into Bollywood always have a dream to be a hero and not many opt for villains, however, this Tahir is happy to be known as a villain. And here is why:

There are a lot of examples of great actors who started off negative and then did all kinds of parts — Irrfan Khan, Shah Rukh Khan among others did negative roles and I think in today’s space, what you have to do is to prove yourself with you work. If you can make the audience feel for you and like your work, you win the battle. Again Black is the new white.