The four contestants nominated for eviction in Big Boss 10 house this week are Priyanka Jagga, Manu Punjabi, Gaurav Chopra and Monalisa. And among all of these, Monalisa’s possibility of getting ousted is the most. There’re reasons to it.

When a contestant agrees to participate in a reality show like Bigg Boss, he/she plans or builds some strategies. If not more, audiences expect a contestant to entertain them. So when the same contestant says that he/ she wants to leave the show, it doesn’t seem justified. Of course, the contestant is expected to be aware of the mood inside the house. That is why most of the participants keep a watch on the previous seasons to get the hang of the show beforehand. We wonder if Monalisa even bothered to do that! 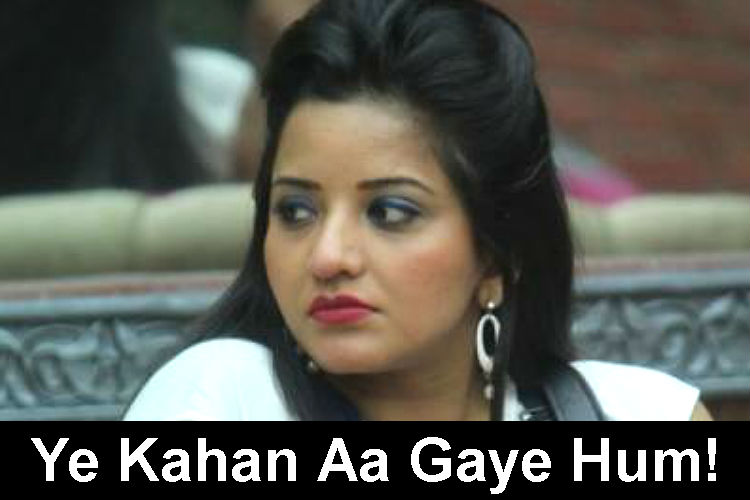 As is, the house doesn’t deserve such dull contestants. What’s your say?