As the show began, the actress also went inside the house and interacted with this year’s contestants. Amid all the jazzy things that happened in the premiere episode of the season, something really struck me strongly.

If you watched the episode, you would have noticed a brief conversation between Deepika and one of the contestants, Swami Om ji.  During their conversation, Swami ji  narrated a story about how he kicked a Hollywood actress, who was apparently his disciple, for wearing ‘transparent provocative’ clothes. However, according to Swami ji, the kick turned out to be a blessing in disguise for the actress and she got rid of her back pain. 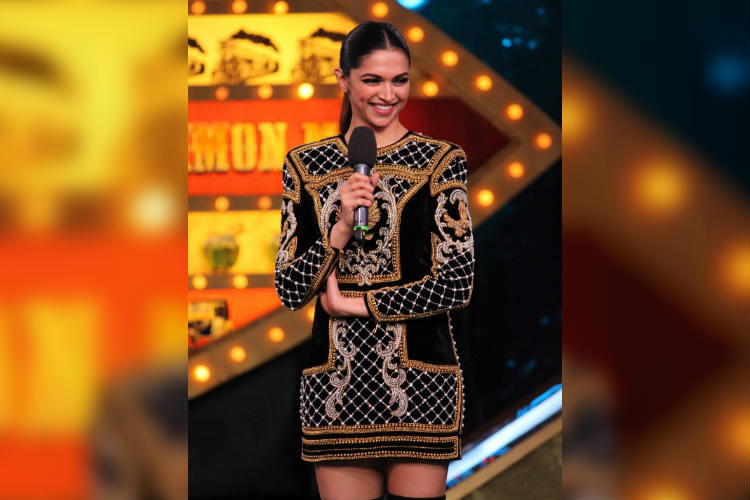 Deepika, to my surprise, was listening this story with much interest. However, VJ Bani, who was also part of the conversation, left the place in disgust. Clearly, she could not stand the story of babaji’s macho tactics. Deepika, on the other hand stood there and didn’t utter one word of protest.

This reaction by Ms Padukone here, is shocking, because it’s coming from a woman who is looked up to by many young women globally for voicing her opinions and concerns about various societal issues. Deepika is known to have opened her heart about relevant issues like depression, women empowerment, feminism, gender equality, pay disparity, objectification of women to name a few in the past. Not just as a celebrity, as being a woman first she should have shut the man up . There’s no justification for physical violence. And Deepika, being the role model for many in the country, should have taken a stand. If not much, at least something that could convey what was her viewpoint on the ‘heroic’ story Swami ji was narrating to her.

I am not questioning Swami ji as what type of man he is, doesn’t concern me. I am more concerned about Deepika’s reaction to the incident because I have seen her fearlessly expressing herself. When I was watching her on the TV screen last night, I could see that sense of awkwardness on her face and I truly expected that she would be giving it back to the babaji, but she did not. Later too, when Salman asked her about her experience in the house, she dodged the question and didn’t bring up the incident.

I don’t want to know this Deepika Padukone who fears to raise her voice. There could be reasons that she thinks are valid on her part to not get into the issues on TV shows like Bigg Boss. Or maybe she didn’t want to influence the show’s audiences by saying something against a contestant. But the issue, here, was far graver and bigger than a contestant’s stay on a game show. It was about the reaction of a man for a woman who according to him was not aptly dressed up.

I will keep watching Bigg Boss and her films too. I am not angry on her or boycotting her or even demanding anything from her. I am disheartened to realise that from now onwards, whenever I will see Deepika Padukone on-screen, she will remind me of this sad incident.