There are men by the fence looking out, staring long and hard into the distance for any possible sign of life, any movement, or any possible threat. Their continuous infallible vigil is on the border—most of it spent on foot in the sweltering heat of Rajasthan, in the extreme weather and altitude of Arunachal Pradesh, the deadly malaria across Tripura-Bangladesh, and the highly unpredictable and intermittent shelling in Jammu and Kashmir—with merely a flashlight and a rifle to go with the plentiful of courage that they hold in their heart. They’re ever acute, aware and alert, serving as the first line of defence and sadly enough, their perseverance and selflessness are struggling to find recognition in their very own country.

The 68th Republic Day parade delivered yet another blow to India’s three exclusive border guarding forces—the Indo-Tibetan Border Police (ITBP) guarding the Sino-India border, the Indo-Nepal and Indo-Bhutan frontier force Sashastra Seema Bal (SSB), and the largest amongst them: the Border Security Force (BSF). The national event showcasing the defence and security prowess of the country found only the BSF’s famed camel contingent and the mounted band team walking proudly down the Rajpath.

The disparity is well evident. While the central government constantly dubs them as a police force and often confuses them with the army, the jawans at the border are fighting a war for and within themselves. The 7th Pay Commission has weakened their morale; the paramilitary forces, who keep away from their families for several months, and sometimes years, if such demand be, are classified as a ‘police’ force, and are, therefore, not entitled to a pension.

Moreover, the jawans who stand tall as the first wall and take the first bullet aren’t even called ‘martyrs’ even if they get killed in the line of duty, alongside their army colleagues. Fair treatment? Think again. Nationalism? Well, you seriously got it all wrong fella!

After the much-hyped ‘surgical strikes’ conducted by the Army’s Para Commandos, who by the way, were also missing in the parade, and the sympathy for all the forces that followed thereafter—almost all the political parties heaped praises on the soldiers (well, the sentiments easily translates into a major vote share) and the equal number of electronic media coverages were conducted over the same—had failed to mention BSF’s women combatants, let alone celebrating them like the women in Air Force. 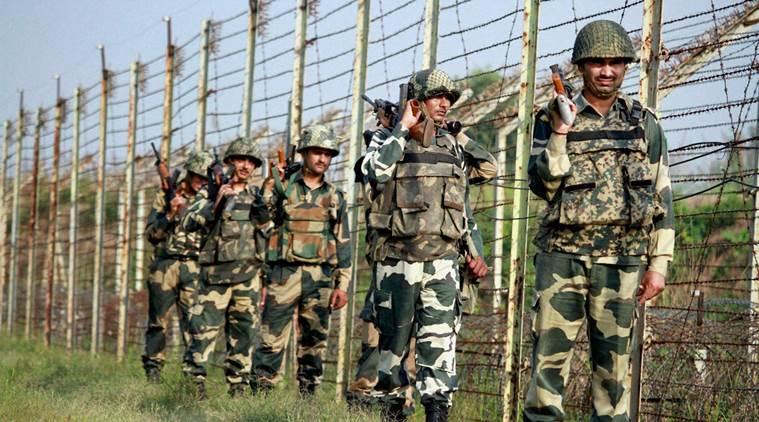 To make matters worse, an emotional outpour from a BSF jawan in a Facebook video earlier this month allegedly revealed the poor quality food served in the 29 battalion Seema Suraksha Bal, which situated along the Line of Control. He talked at length about the corruption in administration and held that his seniors sell supplies meant for the soldiers in the open market.

Last year too, the ITBP and SSB were kept out of the Republic Day parade, but in a first, the Ministry of Home Affairs decided to rest the main marching contingent of BSF, the border force securing India’s border with Pakistan and Bangladesh.

While the government may argue the time constraint by reasoning it with the participation of foreign contingent since last year and the debut of the elite Black Cat Commandos of the National Security Guard in the Republic Day parade, or perhaps, shrug it off by calling it a “routine matter”, the issue at hand is of paramount importance and it’s high time the government and the people alike realize the hardships that the border guarding forces undergo just so that we could sleep in serenity.