“A man you can bait with a tweet is not a man we can trust with nuclear weapons.” Hillary Clinton must be having such a “told you so” moment right now. Clinton had once used these words at the Democratic National Convention in 2016 for her then-rival presidential candidate Donald Trump and boy, should America have listened to her.

United States President Donald Trump, in what many are now describing as a “pissing contest”, boasted about US nuclear capabilities, taunting North Korean Leader Kim Jong-un.

Trump’s statement came in response to Kim’s New Year’s Day speech, where he said, “The entire mainland of the US is within the range of our nuclear weapons and the nuclear button is always on the desk of my office. They should accurately be aware that this is not a threat but a reality.” 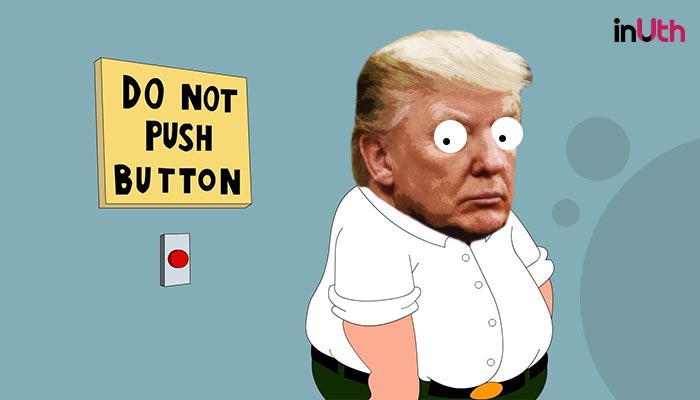 North Korean Leader Kim Jong Un just stated that the “Nuclear Button is on his desk at all times.” Will someone from his depleted and food starved regime please inform him that I too have a Nuclear Button, but it is a much bigger & more powerful one than his, and my Button works!

Merely a couple of days into 2018 and he’s already being ridiculous on Twitter?! 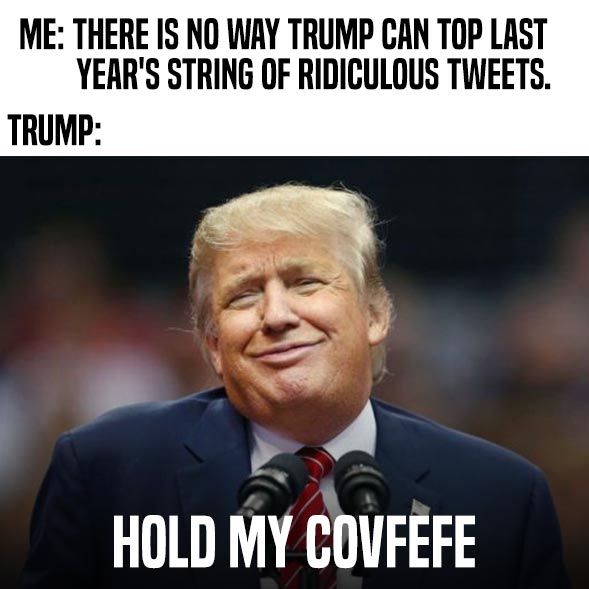 Pretty sure he violated Twitter policies there by threatening violence, but could it be that the button only seems larger in his obnoxiously tiny hands?

Also apparently, all important American decisions about international affairs and nuclear warfare will now be publicised on Twitter. It would be nice of Trump to launch out a Twitter warning before he prepares to obliterate millions at the push of a button. Let’s just hope he doesn’t know how to find the button.

On a serious note, for the good of everyone, can he be impeached already?