Dubai-based airline Emirates has taken a U-turn on its decision to discontinue ‘Hindu meals’ following immense backlash from Hindus. The airline had on Tuesday announced that it would discontinue the option of “Hindu meal” service on its flights. The airline had said in a statement that passengers can opt from other available meals to suit their religious requirements instead.

“Based on feedback from customers, Emirates confirms we’ll continue to provide Hindu meal option, to make it easier for our Hindu customers to identify and request this option,” the airline confirmed on late Wednesday evening.

“As part of our continuous review of the products & services available to customers, Emirates can confirm that it will discontinue the ‘Hindu’ meal option. We constantly review our offering, taking into consideration customer uptake and feedback,” an airline spokesperson had said in an earlier statement.

Apart from the ‘Hindu meal’, the airline continues to serve an Indian Vegetarian Meal (AVML). The meal reportedly is composed of different types of foods from the Indian sub-continent, including vegetables, dry fruits, legumes, dairy products, tofu, fresh fruits, grains, and vegetarian gelatin.

“Food and drink form an integral part of any Emirates flight experience and our menus are created by leading chefs to reflect the culture and preferences of Emirates’ diverse customer base. We have a wide variety of special meals that can be ordered in advance to cater to our customers with medical or religious dietary requirements, including our Hindu customers,” the airline said. 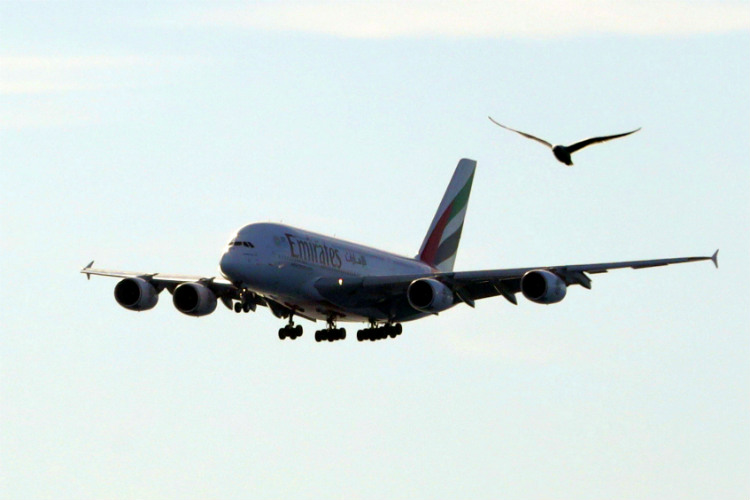 Additionally, the airline also has a vegetarian Jain meal (VJML) on its menu, catering to people who are pure vegetarians. Emirates fliers can also opt for a Kosher Meal (KML), apart from other “medical and dietary meals” such as Bland Meal, Low Salt Meal, Diabetic Meal, Non-Lactose Meal, Fruit Platter, Gluten Free Meal, Low Cholesterol/Low Fat Meal. The on-flight menu also includes a Vegan Meal and a Raw Vegetable Meal, as per the airline’s website.

Given India’s volatile religious climate, the announcement did not go down well with people (despite the availability of several other meal options for vegetarian fliers). Soon after the news of Emirates dropping ‘Hindu meals’ broke, Twitterati condemned the decision and called to boycott the airline.

Now where are libtards who cry of Hindus being intolerant. #BoycottEmirates

Emirates will stop serving ‘Hindu meal’ on its flights – https://t.co/1bFWWsksyX

Will stop Hindu meal option but @emirates will continue Jain vegetarian meal. This can only mean one thing – it’s the word ‘Hindu’ they have objection to. Indians should #BoycottEmirates. @SingaporeAir not only has Hindu veg but also Hindu nonveg meal.https://t.co/WFi2uUaMW1

I boycott Emirates In protest till they apologise and restore Hindu meal. Request all Hindus to boycott Emirates also. No protest heard from our SICULAR gang #BoycottEmirates https://t.co/U6FjjvGSly

@emirates I’ve been a regular with Emirates & when compared with other options, I’ve to agree that ur services r better, bt if u think, if u specifically target my religion & I will still reward u with patronage then really sorry. I won’t be flying with u anymore. #emirates https://t.co/nbMDsF5393

#BoycottEmirates #EmiratesProvideHinduMeal
These upper class Arabs who dismiss Indian Muslims as ‘shudras’ are not throwing classist arrogance at HINDUS too! Every Hindu must Boycott Emirates! @ShefVaidya @UnSubtleDesi https://t.co/Q8uf0A10Dt