If you’ve dreaded taking the flights where the food is abysmal, there’s good news for you.

In a first-of-its-kind move in India, Vistara will have uniformed chefs, seeking direct feedback from fliers on the airline’s new menu. Recently, passengers flying between Delhi and Mumbai (flights UK970 BOM-DEL and UK 977 DEL-BOM) had Taj SATS culinary development group chef Rajeev Bansal on-board interacting with fliers in the business, and premium economy class, the airline said in a press release.

ALSO READ: Do you want to travel the world on a flight that never takes off? 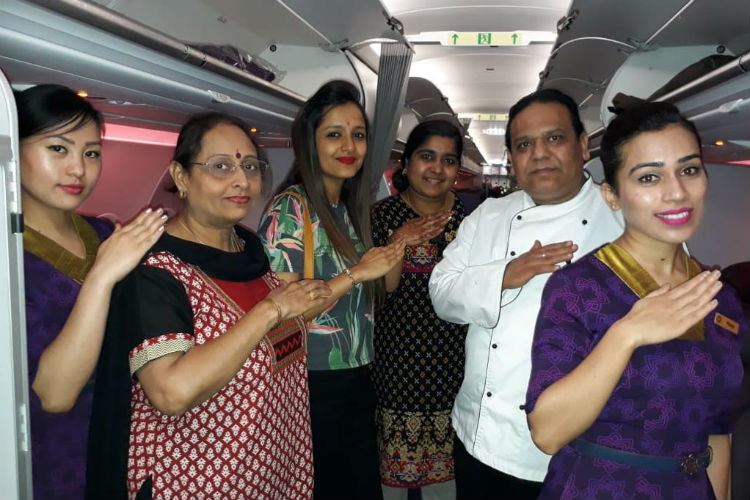 “Chef Bansal will be available periodically on select flights across Vistara’s network to ensure Vistara’s in-flight catering remains the best food and beverage experience in the skies,” the release added.

“With Chef on-Board, we want to ensure that we get feedback directly from our customers to help us make the Vistara dining experience even more fulfilling and memorable,” Sanjiv Kapoor, Chief Strategy and Commercial officer of Vistara stated in the release.

Appetizing food makes for a great flight. Presenting #ChefOnBoard, yet another industry first from Vistara, in partnership with Taj SATS. Executive Chef Rajeev Bansal took feedback on our new in-flight menu from passengers aboard UK970 and UK977. A glimpse: pic.twitter.com/iaSKgIqiaM

“We usually get opinions from third party sources like cabin crew, post-flight customer surveys and friends or family. While this helps us, direct feedback from the end consumer is incomparable. Our first-hand interaction would enable both Taj SATS and Vistara to incorporate their likes and dislikes during menu development,” Sagar Dighe, COO, Taj SATS Air Catering Limited was quoted in The Hindu.