From creating the first ever virtual politician to re-creating Super Mario Bros, the year 2017 saw significant advances in the field of artificial intelligence (AI). While 2016 witnessed tech titans including Google, IBM, Microsoft, and Facebook channeling their energies into research, 2017 was driven by the outcome of their research.

The year began on a spectacular note as the news of an AI defeating four human players in a poker match lasting 20 days hit the Internet. The news was particularly important as in a similar match two years back, humans won. But this victory was just the beginning of the never-ending series of striking and noteworthy developments in the field.

As the year progressed, we saw AI being used extensively not just for tracking human behaviour on social media but also for detecting various diseases like Alzheimer’s and cancer. Apart from this, we also witnessed AI getting a step closer to ‘being human’. While on one hand AI successfully managed to emote, exhibiting emotions like aggression and cooperation, on the other hand, Saudi Arabia granted citizenship to world’s first ever AI-based robot- Sophia. Following the trend, Tokyo granted residency to ‘AI boy’ Shibuya Mirai.

As the ‘AI movement’ gained momentum, scientists and visionaries including Nobel laureate Stephen Hawking and SpaceX CEO Elon Musk warned of an ‘AI apocalypse’. Interestingly, AI also gained ‘political traction’ as global leaders like Hillary Clinton and Russian President Vladimir Putin talked about the subject as the key to being the global superpower.

As we step closer to the year 2018, here’s a look at the biggest AI advancements this year: 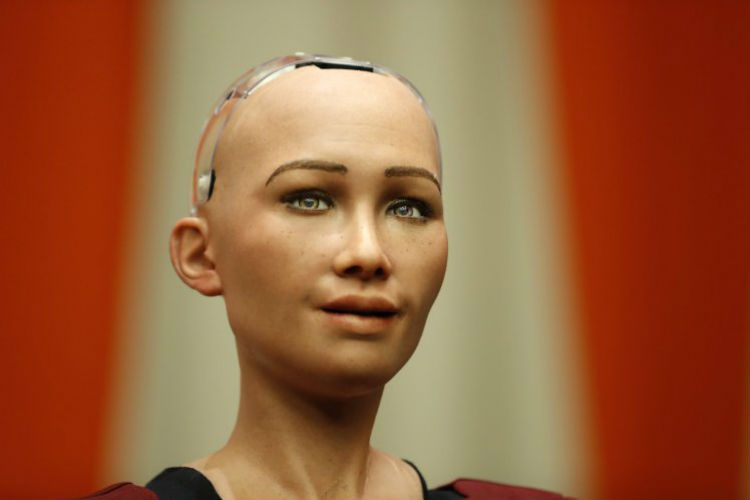 Saudi Arabia created history by granting citizenship to a humanoid robot ‘Sophia’. The citizenship was awarded at the Future Investment Initiative in Riyadh in October this year. The robot was created by the founder of Hong Kong-based robotic firm Hanson Robotics– David Hanson. Interestingly, she was designed to look like Audrey Hepburn.

Earlier this week, Sophia gained attention by becoming an advocate of women’s rights in the country. 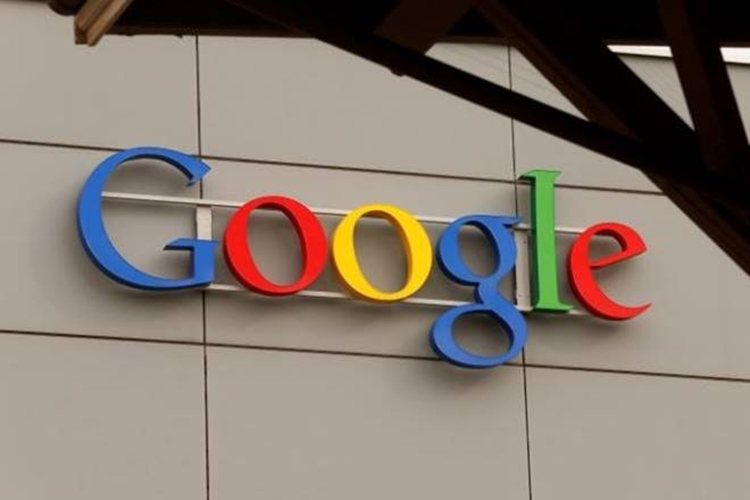 In what can be termed as one of the most noteworthy developments of the year, Google’s Project AutoML, which is designed to act as a controller neural network that can propose a ‘child’ model architecture, developed a ‘child AI’ that outperformed all man-made AI systems like it.

Apparently, Google researchers automated the design of machine learning model using an approach called ‘reinforcement learning’. For this experiment, researchers used the ‘child AI’ called NASNet, which was designated the task of recognizing objects in a real-time video.

AutoML would then evaluate NASNet’s performance and use the feedback to improve its child AI– repeating the process thousands of times. When Google tested NASNet on ImageNet image classification and COCO object detection dataset, NASNet outperformed all other computer vision systems. 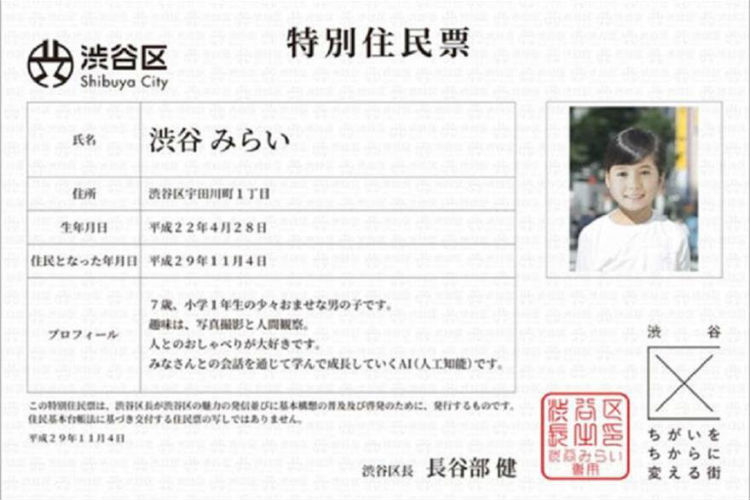 2017 was a year of ‘firsts’. While on one hand, we saw Sophia getting citizenship in Saudi Arabia, on the other hand, Tokyo became the first city to grant residency to AI ‘boy’ Shibuya Mirai.

The virtual newcomer, who resembles a 7-year-old boy, does not exist in the physical space. But he can have light-hearted conversations with humans using LINE messaging app. Mirai which means ‘future’ in Japanese, has been granted residency in Tokyo’s Shibuya Ward. 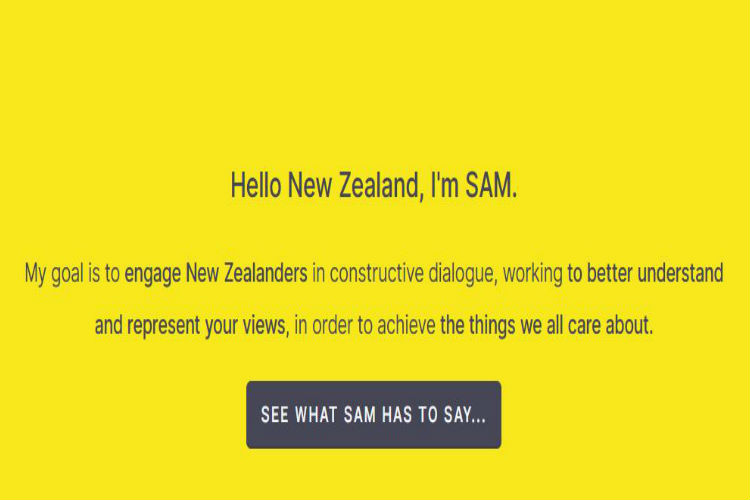 New Zealand-based entrepreneur Nick Gerritsen has created a virtual politician called SAM, which responds to people’s questions about housing, education and immigration via Facebook Messenger and a survey. While the system is still not perfect, Gerritsen believes that SAM will be advanced enough to contest in 2020 elections, The Hindu reported. 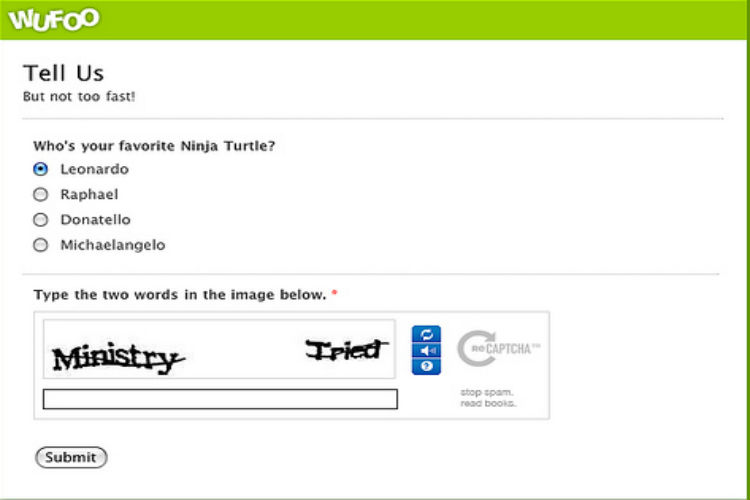 In the age of the Internet, digital security is of the prime essence. In order to protect their websites from hackers, firms are using a combination of passwords and CAPTCHA codes. But soon, CAPTCHA test, which is designed to distinguish between humans and computers, will become obsolete– thanks to the AI. 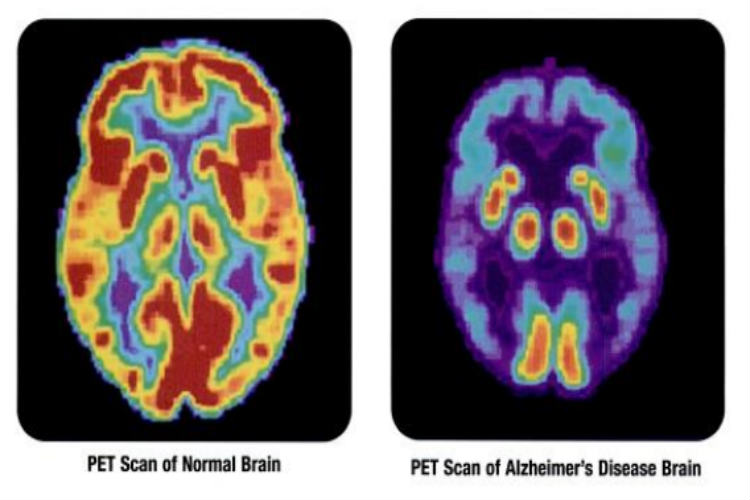 Researchers from the University of Bari in Italy might have found a way to detect the Alzheimer’s disease (AD), the neurodegenerative disease, 10 years before the symptoms appear.

Researchers have developed an algorithm that can spot structural changes in the brain nearly a decade before the symptoms appear. First, they trained the AI using 67 MRI scans, 38 of which were from the Alzheimer’s patients and 29 were from healthy people. In the second set, they used scans from 148 subjects, out of which 48 had a mild cognitive impairment (MCI) but were known to have developed AD, while 52 were healthy individuals. 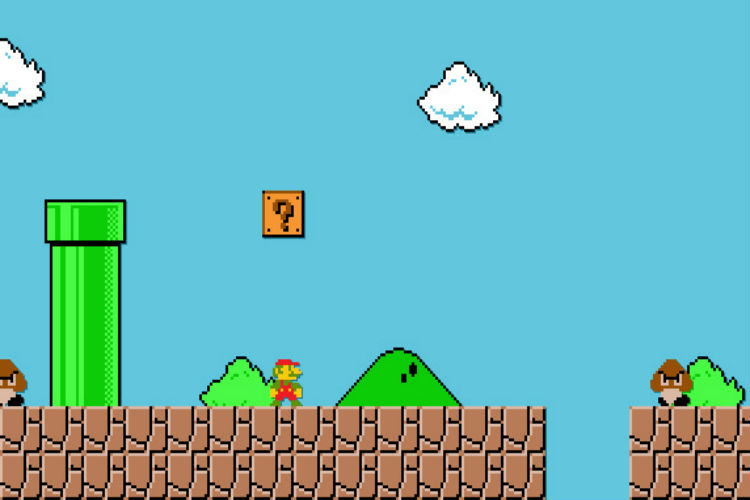 Until now AI had been trained to crack security systems and compete against human players. But now AI is being trained to recreate a video game simply by watching it.

In a paper titled– ‘Game Engine Learning from video’, the researchers have described how their AI recreated the game engine of Super Mario Bros by watching the game. Even though the recreation is full of glitches, it’s an important step as the AI isn’t learning everything about the game from the scratch. Instead, it uses pixels on the game screen as its input. Over the time, it builds up logic using the visual cues and combines them to predict how the game works.

8) World’s first AI-composed album will make you ditch your playlist
AI is learning to be more expressive code by code, rather we should say note by note in this case. A team of musicians and tech experts have developed an AI called ‘Amper’ which is artificially intelligent music composer, performer, and producer.

Amper, in collaboration with renowned musician Taryn Southern, has created a music album titled– I AM AI. Check out the featured single from the album– “Break Free” here:

Amper isn’t designed to work on its own. Instead, it’s meant to work in collaboration with human musicians, researchers told TechCrunch. 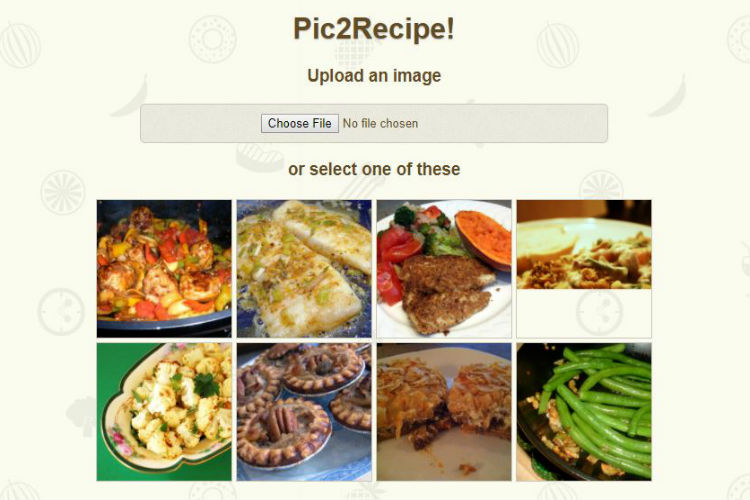 Those who love to eat (and cook) would understand how frustrating it can get when you spot a delectable dish on social media with no links to replicate it. But researchers from Massachusetts Institutes of Technology (MIT) have developed an AI that will solve your problem for good.

‘Pic2Recipe’ is an AI system that can identify ingredients and then suggest several recipes based on those ingredients when shown a photo of a food item. The approach works in a way similar to the human judgement. According to a blog by MIT, though the AI had difficulty determining ingredients of foods like smoothies and sushi rolls, it did particularly well with desserts like cookies or muffins. 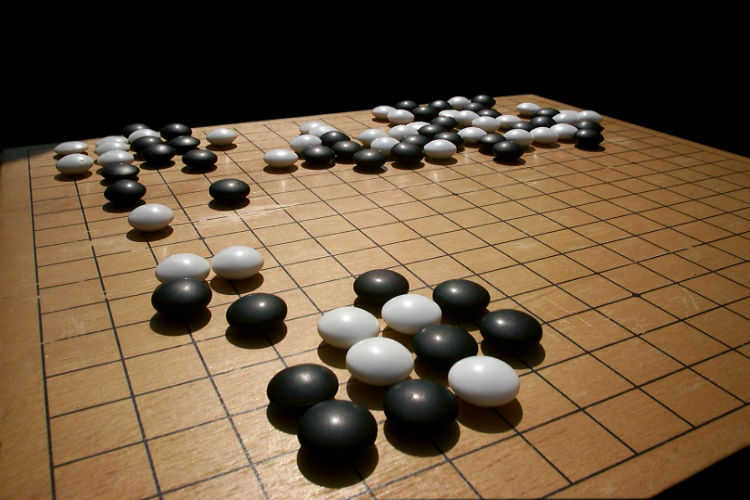 Five human brains are better than one computer system? Not when it comes to playing a game of Go.

Earlier this year, Google’s AI AlphaGo defeated a team of five Go champions consisting of Tang Weixing, Mi Yuting, Zho Ruiyang, Shi Yue and Chen Yaoye. Interestingly, the match ended when the human players accepted defeat in face of AlphaGo’s certain victory. The news was so exciting that the former Google CEO Eric Schmidt shared it on Twitter. Here’s what he wrote:

This speaks volumes about where AI is headed – human players are teaming up with AlphaGo to have even more fun with the game! https://t.co/42X58NvEga