It rarely ever happens when musicians release fitting videos for their tracks (like in the case of Adele’s Rolling in the Deep). The Chainsmokers hit song Don’t Let Me Down might have bagged a Best Dance Recording but, the video is without a doubt no good. But, thanks to some good folks sitting at Xtrap Dance Crew, we now have a video worthy of the song. The finger dance video featuring three people is titled ‘Finger Kaleidoscope’ and it offers exactly what it says.

Each of the dancers mimics the imagery of a kaleidoscope with their hands in a circle. For those of you who do not know what a kaleidoscope is, it is a cylindrical toy with mirrors along its inner wall and small coloured beads/glass placed inside. As the device is rotated, the beads move and create ever changing and abstract patterns. 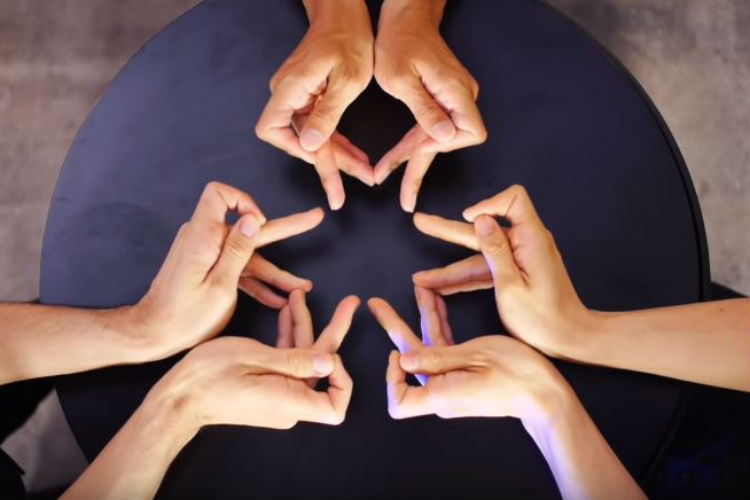 Titled ‘Finger Kaleidoscope’, the finger dancing video has been choreographed by the Xtrap Dance Crew and plays to the tune of The Chainsmokers’ hit song Don’t Let Me Down.

The video features the Illenium remix version of the song and was uploaded to the Youtube channel Status Silver, which, by the way, is a channel we show all be following.

First of all, here is the ‘Finger Kaleidoscope’ video:

While ‘Finger Kaleidoscope’ is a unique video for them, Status Silver often posts videos featuring finger dance. Earlier, they had also made a video to the tune of Ed Sheeran’s Shape of You. The video, shared below, received over 84k views and was hugely appreciated by viewers.

The channel also reveals the secrets to its magical finger dancing videos through tutorials of their choreography. Here is one of their tutorial videos: